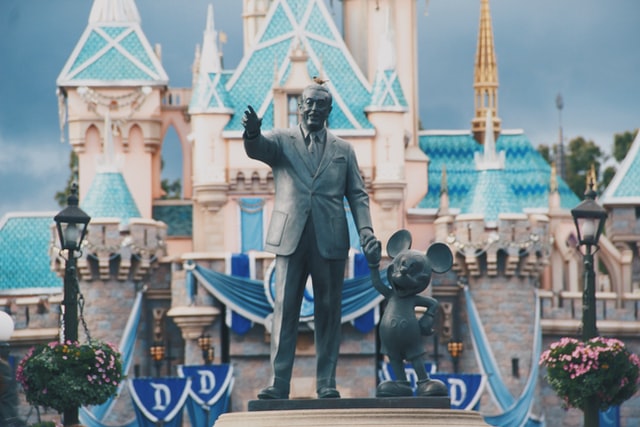 On the evening of April 26th, a remarkable thing happened at 11:30 pm (Orlando time). What I expected to be a fizzle of a live event turned out to be a soul-tingling eight minutes that I don’t think I will ever forget.

I waited eagerly at 1:30 pm Sydney time to see what was about to unfold. The broadcast began with a view of Walt Disney’s iconic lamp, which has remained lit throughout the 412 days of closure as a beacon of hope that the happiness will return. Dressed in a casual suit, fitting for the reopening celebration of The Happiest Place on Earth, an introduction from co-host and Disney Parks Chairman, Josh D’Amaro, kicked off the live stream. D’maro spoke with inspiration and hope, while the low lighting of an evening in Main Street, U.S.A., set the scene, complete with dappled bokeh balls of light twinkling in the background.

I instantly felt privileged to be one of the twenty-eight thousand viewers watching live. Within moments it became clear what the intention of this broadcast was; a dedication to Disneyland cast members and their contribution, hard work, and sacrifices made during this time of uncertainly.

Within moments it was over to Ken Potrock, President of Disneyland Resort, who stood meaningfully in front of the Disneyland Casting Agency window dedicated on the 50th Anniversary back in 2005. Potrock quoted Walt Disney as saying, “It takes people to make the dream a reality,” going on to acknowledge further that it takes every piece to complete the puzzle, referring to cast members as the “Magic Makers.”

Disneyland Ambassadors Justin and Rafa wore masks in front of the Sleeping Beauty Castle and invited cast members to be the first to experience the reawakening of Disneyland during soft openings beginning April 27th; an emotional opportunity that original cast members last experienced in 1955.

Sleeping Beauty Castle, symbolic of “hopes and dreams,” illuminates with the soft touches of piano keys. When the music, When You Wish Upon a Star, reaches its emotive crescendo, waves of pink and purple light up the towers with enthusiasm before the camera pans down to reveal the carrousel, sparkling in gold through the center of the castle.

The original words of Walt Disney whisper through the air as the concept of the park reopening strikes a chord in all of us. A speech that I have known and loved all of my life, suddenly relevant once again, used to reopen a wonderful place that most of us never imagined could close its door. Though we are still living with this global pandemic, Walt’s words signaled that the road to recovery is near. In the case of Disneyland specifically, that road is paved in the dedication of cast members, whose passion and hard work are integral to the reopening.

This celebration of reawakening was filled with heartfelt words, spoken with genuine emotion and gratitude. The cast members, both in the foreground and behind the scenes, acknowledged as the heart of Disney, and the magic of Disneyland’s centerpiece castle reignited in style.


Disneyland will reopen to the public with conditions on April 30th, 2021.

“To all that come to this happy place, welcome. Disneyland is your land. Here age relives fond memories of the past, and here youth may savor the challenge and promise of the future. Disneyland is dedicated to the ideals, the dreams, and the hard facts that have created America; with hope that it will be a source of joy and inspiration to all the world.”