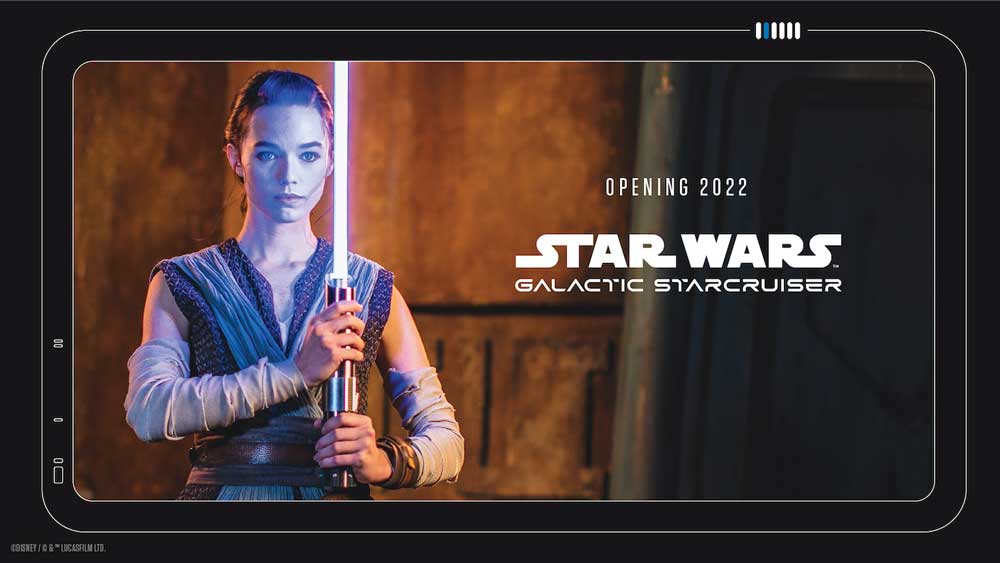 It’s been a rough year and we could all use some fantastic news to look forward to. And since it’s May the Fourth, it should come as no surprise that Disney has given us some Star Wars news we can all get excited about!

First, the Star Wars: Galactic Starcruiser will begin welcoming guests in the Summer of 2022. In case you’re not aware, the Galactic Starcruiser is a completely immersive, new two-night adventure at the Walt Disney World Resort. When describing the experience, Disney used the term “storyliving” which could bring on a curious take on storytelling. You can read all about it HERE.

For the first time, we’ve now got a few details about the “supper club” that’s going to be part of the experience. Here’s how Disney describes it:

During your stay aboard this glamorous ship, you may interact with an eclectic group of characters both familiar and new, possibly including the starcruiser’s strong and charismatic captain, a plucky ship’s mechanic and a galactic superstar who can captivate an entire room with the crook of one jewel-encrusted purple Twi’lek finger.

This singing sensation will be a featured performer during one of your exquisite dining experiences inside the Crown of Corellia Dining Room, which you can see in this artist concept rendering we’re sharing today for the first time. The enticing supper club’s name is an homage to Corellia, the planet known galaxy-wide for its shipyards that gave us not only the Halcyon starcruiser, but also the Millennium Falcon. The dining room is a bright and welcoming hall that will offer breakfast and lunch to passengers before transitioning each evening into a lavish multi-course menu of both otherworldly and familiar origins.

Last, but certainly not least, some of you may remember reading Craig’s article about catching a glimpse of a REAL lightsaber during a media event. Well, Disney has now provided us with a video of it and it might just be the coolest thing you see today!