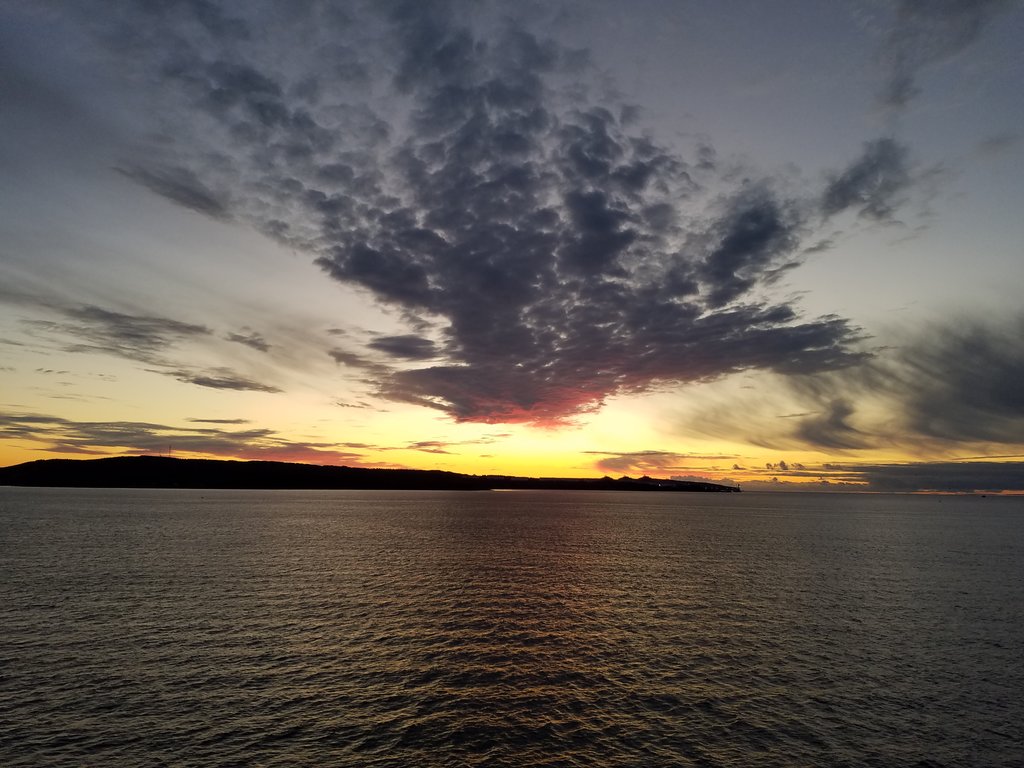 My name is Greg and I’m a Disney Cruise Line addict (whew, that felt good). As an addict, one of my favorite activities revolves around planning the next adventure on the sea, and I often scan the Disney Cruise Line (DCL) website seeking out ideas for our next family trip. DCL again provides the sailor with multiple opportunities to sail upon the most beautiful fleet on the high seas.

Often times, travelers assume cruising centers around just a few types of vacations, mainly Alaska and the Caribbean; however, DCL offers so much more which includes a unique sailing out of New York City and up the eastern coast of the United States and Canada. For those seeking a cruise outside of the ordinary, the Canadian and New England cruise may provide the experience sought after. My wife and I sailed this cruise last year and often consider a repeat trip. This becomes even more tempting as we discover that DCL will visit three new ports in Quebec this fall. Similar to our adventure in 2017, DCL offers a 5-night Halloween on the High Seas Canada and New England Cruise from New York City aboard the beautiful Disney Magic this year. Rather than share the experience of the entire cruise, the focus will be placed on the unique experiences provided during this New England/Canada trip.

Traditionally, our family flies into the area of the departure the evening before our sail date. This often lowers anxiety levels amongst us because the thought of flight delays during the day of sailing causes increased stress during a time that is supposed to be characterized by excitement. We regularly travel into Orlando International Airport the evening before a sailing out of Port Canaveral and spend the night before at the hotel within the airport. Due to scheduling, we were unable to fly in the evening before our sail out of New York City. Excitement filled our emotions at the thought of sailing down the Hudson River out of New York City and, at the same time, the thought of flying into JFK the same day as sailing increased tension levels. Thankfully, the airline provided us with a smooth, on-time flight into one of the busiest airports in the nation. We then spent the next two-and-a-half hours in a stuffy van traveling from JFK to the Manhattan Cruise Terminal along the Hudson River. At this point, my wife and I prayed that the stress felt at the beginning of this trip would be the only stress felt during the week. For years, Disney had spoiled us with their high-quality transportation from the airport in Orlando to Port Canaveral. This situation was very different. Thankfully, after we had finally reached the Port of Manhattan, the staff at the check-in stations expedited the process of registration. We then sat in the waiting area and let out the proverbial “sigh of relief” as we had successfully maneuvered the nightmares of New York City traffic.

We boarded the beautiful Disney Magic and then began our adventure. Traditionally, during our typical cruises, we sit out on deck and enjoy the surroundings of Port Canaveral; now, we marveled at the site of Manhattan to the one side and New Jersey on the other. Our cameras obviously worked overtime at this point. Our ship sat close to the Intrepid Sea, Air & Space Museum and we even caught a glimpse of the Empire State Building from the deck of the Magic. As we began to sail away down the Hudson River, we experienced, in my opinion, one of the highlights of the voyage, sailing out of Manhattan. Towering over the ship to the left was the Freedom Tower and the Statue of Liberty came into view toward the right. As we passed Lady Liberty, the sun began to set for the evening and we were able to take several beautiful pictures, some of which may be worth framing. As we traveled farther away from the isle of Manhattan, we also sailed under the Verrazano-Narrows Bridge, adding to the excitement of our trip. All of the stress that had built up during our transfer from JFK to Manhattan Cruise Terminal faded away swiftly. After a day at sea, we arrived at Bar Harbor, a town on Mount Desert Island in Maine. Several cast members on the Magic informed us that our cruise would be the first time that a DCL ship had stopped in the town of Bar Harbor. The town possesses a rich history of serving as a summer colony for the most affluent and elite. Names such as Rockefeller, William Howard Taft, and even Martha Stewart are linked to the Bar Harbor area. My wife and I took an excursion of the highlights of one the biggest draws in the area, Acadia National Park. Our excursion brought us to several areas within the park and allowed us to experience the natural wonders of one of the most scenic locations in America. Cadillac Mountain — named after French explorer Antoine Laumet de La Mothe sieur de Cadillac — rests on the eastern side of the island and, because of its location and height, becomes one of the first places in the United States to see a sunrise. The mountain offers tourists, hikers, and bicycle riders amazing views of the ocean, lakes, and pine forests below. One also may view cruise ships from this location as well, including our own Disney Magic. Another location to experience on a tour of Acadia is Thunder Hole, an area along the coast which produces sounds that coincide with its name. As the waves from the ocean crash into the granite ledge of this structure, the sound likened unto thunder is heard. Again, almost every visitor to this location stood fast with camera in hand. Tour guides also take guests to Jordan Pond, created by an ice sheet during the last glacial period. Two mountains, known as North Bubble and South Bubble, border the pond and add to the beautiful scenery. This serene area provides hikers with a trail which encircles the pond. The Jordan Pond House offers both a gift shop and small restaurant perhaps best known for its service of tea and popovers on either an enclosed veranda or on the lawn overlooking the pond. Rarely does one visit Maine without experiencing a lobster bake and our excursion was no exception. As our DCL excursion concluded, we spent a short amount of time exploring the town of Bar Harbor and enjoying the conversation surrounding our day and the sites we experienced. On our tender back to the Magic, we discussed with other travelers their excursion experiences.

The next day, we arrived in Saint John in New Brunswick. Saint John is a port city on the Bay of Fundy, situated on the south-central portion of the province. During our time in Saint John, we decided to take a whale watching excursion along the Bay of Fundy. Although the whales didn’t receive the message to show up, we did have an enjoyable time on the Bay admiring the beautiful scenery and the wildlife that flourishes in the area. The Bay also houses several legendary lighthouses, including the Head Harbour Lighthouse which was originally constructed in the 1820s. The lack of actual whale watching, of course, disappointed many; however, the guide still provided us with an enjoyable day on the water. While our excursions remained the highlights of the adventure, the Disney Magic crew still provided us with many activities while on board the luxury liner; after all, our trip also included two days at sea. Although not scheduled as such, several of the Marvel characters appeared on the ship as the Magic drew close to the planned Marvel Day at Sea. Furthermore, the Broadway-style shows also gave sailors the opportunity to experience a live Disney show with the typical Disney quality of entertainment. Tangled, the exciting story of Rapunzel and her adventures, seemed to draw the largest crowds of adults and children alike. Given the fact that this cruise set sail in the fall, Disney labeled it as a Halloween on the High Seas cruise. Activities for the holiday cruise included trick-or-treating, costume contests, dance parties, and, of course, the world famous Disney characters showing off their own Halloween outfits. My wife and I enjoyed this unique sailing of the Disney Magic, as it provided us with the atypical cruise vacation. What we lacked in sandy beaches, we made up for in unspoiled natural beauty. We traded our swim trunks and flip-flops for warm coats and mittens. Fresh lobster and fine wine replaced the traditional jerk chicken and rum. We look forward to scheduling this Canadian and New England adventure again in the future. Maybe next time, I’ll email the whales ahead of time and inform them of our plans.