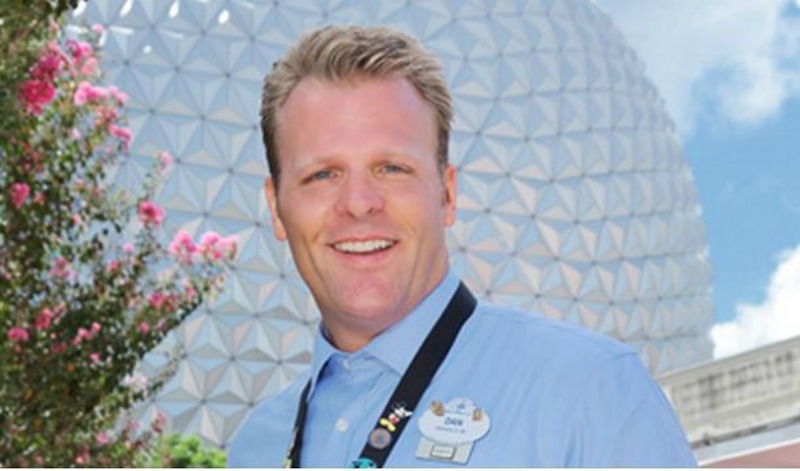 ShareTweetSubscribe
After walking countless miles around three of Walt Disney World Resort's Theme Parks, as well as Disneyland Paris, Dan Cockerell put on his Cast Member name tag for the last time, this past May, after 26 years with The Walt Disney Company. From parking cars to managing resort hotels and finally closing out his career as Vice President of the Magic Kingdom, Dan has ventured out on his own with a public speaking and consulting company. I recently sat down with Dan to discuss his career, the Walt Disney World Resort, and what lies ahead. MIRARCHI: In 1989, as part of the Disney College Program, you worked at the front desk at the Contemporary Resort Hotel at Walt Disney World. At the time, you were studying poly sci at Boston University - so what made you choose to work at Walt Disney World during this time? COCKERELL: The poly sci was kind of like alright go get a liberal arts degree because you're not sure what you want to do with your life and political science seemed interesting. It certainly wasn't a strategic decision. My dad had been with Marriott when I was growing up so I had been close to the hospitality industry. When I was in college I waited tables and I worked for Marriott at Champions Bar at the [Boston] Copley Marriott and then I worked at Disney. So I always have been extroverted and I love the service industry and connecting with people. MIRARCHI: I understand that after graduation from BU, you headed back down to Walt Disney World and got a job parking cars at Epcot. Were there any other roles you held between your first job parking cars and being transferred in 1991 as an assistant manager at Disneyland Paris? MIRARCHI: After one year at the All-Star Resort, you were promoted to general manager at the Wilderness Lodge. Typically managers will have worked in a number of departments before moving to a GM position. How did you adapt yourself to all these new responsibilities? COCKERELL: It was very interesting. Like I said, the All-Star [Resort] was a fantastic training ground and a lot of people thought 'I don't want to be in a value resort because it's not classy, it doesn't have a lot of the fancy stuff," but I think it was a fantastic place to train. When I went to the Wilderness Lodge, I brought with me a lot of the operations experience. I brought with me the food and beverage and merchandise experience I previously had. It was quite helpful. And the great thing about getting experience - you don't know how valuable it's going to be and when it's going to be valuable until later. You just got to have faith and learn new stuff and it will pay off at some point. For me, it really did pay off at that point because I was able to go in and have some technical understanding of the business, as well as a bunch I had to learn. Some of the pieces I had to learn were the Disney Vacation Club piece of the Wilderness Lodge and Artist Point, which is one of our signature restaurants. At that point though Fort Wilderness Campground was also my responsibility. They had put both of those resorts together. So I started learning about the camping business, the Hoop-Dee-Doo Musical Revue Dinner Show, and the entire RV business. I think this was the first time I started to realize that your technical expertise is important, but you also have to start trusting the people who are working for you. You get to a point where you can't be technically more competent than the people working for you because you just don't have that span of experiences. It's at that point you have to change your leadership style. You realize I am going to have to focus less on how we get stuff done now and focus more on what we get focused on and what the priorities are. That shift was the start of me understanding who my direct reports were, their expertise, and then let them do their jobs. Because you have to remember that many of them have been in that one line of business for decades and I was never going to know more than they did. It was never my goal. I had to take a step back and be more responsible for the environment and the leadership culture environment than the expertise in the individual line of business. MIRARCHI: Out of all of the resorts you worked at from 2001-2006, which one was your favorite and why? COCKERELL: Although I always have trouble picking a favorite from anything, I can say that it was my time working at the All-Star Resort and the Wilderness Lodge. The All-Star Resort was probably the best education I had on how to improve my leadership and management skills. The Wilderness Lodge and Fort Wilderness Campground was probably one of the most fun jobs because of the breadth and the diversity of what you had to deal with every day. From the Vacation Club business, the hotel business, signature restaurants, dinner shows, and camping - one minute you're getting a report that there was a brown bear on the campgrounds and the next minute you had someone in the VIP suite at the Wilderness Lodge that needed something. Every day was a new day. The way that place is designed is incredible. You walk in [to the Wilderness Lodge] and all the guest's stress just goes away. It's such an incredibly relaxing, authentic environment. MIRARCHI: Next you were promoted to General Manager of the All-Star Resorts (Movies, Music, and Sports) – that’s a much bigger portfolio of hotels to run and brings all sorts of new challenges and situations. Can you talk about some of the things you experienced during this time? COCKERELL: The sheer size of the All-Star Resort was something that I came to realize and respect. With 5,760 rooms in the hotel, I came to realize the importance of perfection. To put it in perspective, at the All-Star if we cleaned 99% of the rooms perfectly every day, we still had 57 rooms that were dirty. That 1% is a lot of rooms! With an operation like this, it would be easy to work more hours, micro manage and try to get involved in everything. However, there were not enough days in the week or hours in the day for me to do that. I learned quickly the importance of having the right leadership in place, trusting them to do their jobs well and then let go and give them the freedom to do what they did well. It truly takes a village to make a place that big run well every day. The General Manager is just one small piece of that huge effort. MIRARCHI: Starting in 2006 and through to your retirement this year - you were in parks (Epcot, Hollywood Studios, and the Magic Kingdom). Can you talk about some of the challenges and responsibilities that came with each of these different parks? COCKERELL: After two years running the All-Star Resorts as the General Manager, I was asked if I'd liked go to the Magic Kingdom and run merchandise. I did that for a year and a half and then I was the operations general manager for another year and a half. I was then promoted and went to Epcot, then [Hollywood] Studios, and then back to the Magic Kingdom as the vice president. From then on out [it] was parks business. Each of these parks is similar and different at the same time. They each have their own personalities and priorities.  When I was at Epcot, the Food and Wine Festival had been around for a while - I think I was there for the 14th and 15th anniversaries of the festival. It just kept growing. The last year I was there we had a record year. I remember thinking and we were all saying, 'this has gotten as big as it could get and it just can't get any bigger.' I think they doubled it since then. [Laughing] It's unbelievable what you can do. The challenges or the fun parts of it [Epcot] was being able to lead all the Cast Members from all the International Pavilions. You had to learn all these interesting cultural traditions and how to deliver a Disney experience in an authentic way. That was always fun for me. We [Disney] ran some of the International Pavilions and [for the] other pavilions, those were run by third-party operating participants. I got to meet a lot of entrepreneurs and learned a lot from them and how they ran their businesses. Then obviously, [at] the front of the park - [in] Future World - we were always trying to figure out what's next. When I was there, we had opened Test Track and we opened Mission: Space after I had left Epcot. The time I was there we were in discussions about what the next chapter of Epcot would be - the Blue Sky phase. After I left, they put pen to paper and started designing what that would look like. MIRARCHI: In the past three years you were the VP of the Magic Kingdom. Were you involved in any of the planning for the upcoming 50th Anniversary in 2021? If so, anything you can share? COCKERELL: Yeah, we've talked about it. We are starting to get - in earnest - the planning around Walt Disney World's 50th in the past six months. We were benchmarking Disneyland's 50th and 60th and we also looked at Disneyland Paris's 25th Anniversary. We started gathering information on those events, what they did, and what was compelling for the guests. We started to have conservations about what [Walt Disney World's] 50th would look like. I think what you're going to see is that the 50th really is the Magic Kingdom's 50th, but we really want it to be a Walt Disney World celebration. It will be a tilt with a nod to the past, but really looking ahead. There is so much more ahead of us and [we're] really looking towards the future. I think that a lot of people like their traditional, sentimental look at it [the Magic Kingdom]- which we're going to give a nod to, but there are so many great things coming -- there is so much stuff under construction. I think for many years people said, 'Walt Disney World is sort of built out and all the growth in the future is going to be internationally,' but obviously that strategy changed five or six years ago. We said, 'no, no there's a lot more room for growth at Walt Disney World' and you can see that now in the investment. Dan publishes a free weekly newsletter where he offers his thoughts on topics that cover success through personal improvement or learning. Many also include an article that supports that week's subject. To subscribe click here. In Part Two, Dan talks about Epcot, Festivals, and venturing out on his own.
ShareTweetSubscribe