By Tom Bell - Assistant Editor
www.wdwinfo.com
Posted on May 9, 2017 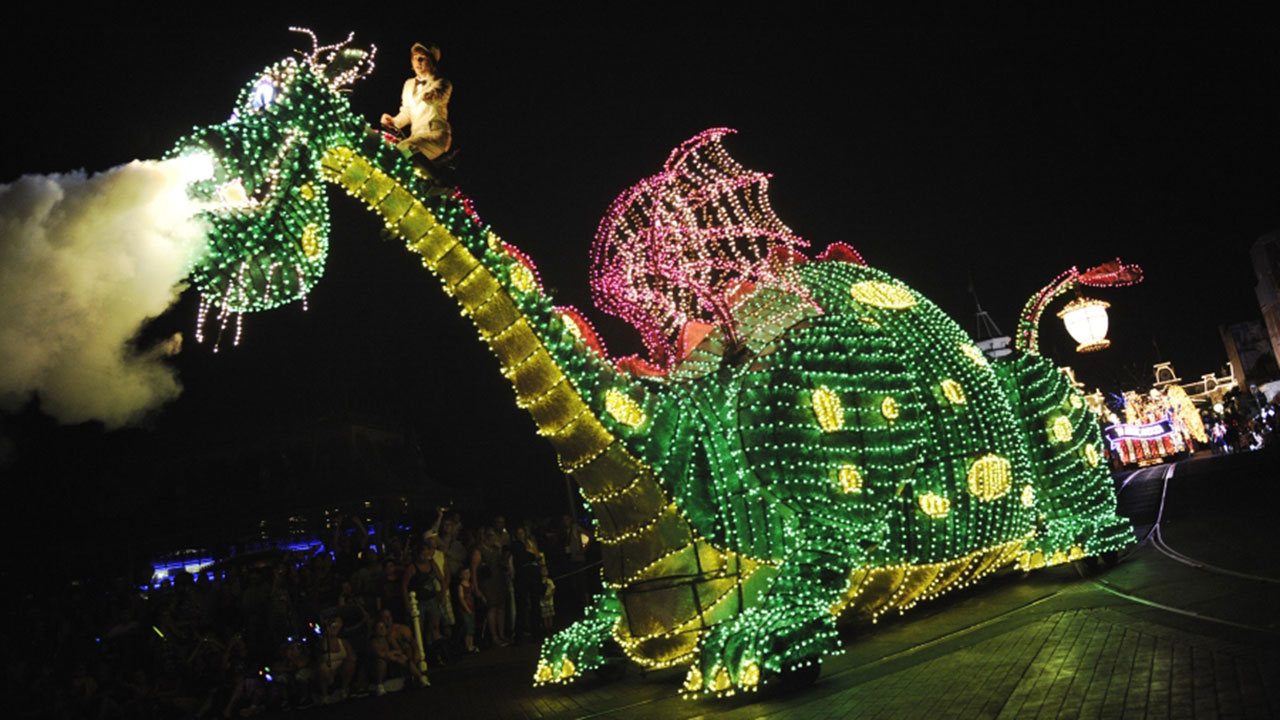 The summer of 2017 promises to be a magical time at the Disneyland Resort, filled with lots of nostalgia and some exciting new surprises.

Here are my 5 reasons that you’re going to want to book a vacation to the Disneyland Resort this summer:

2017 marked the return of a timeless classic to Disneyland Park, the Main Street Electrical Parade!

The parade began at Disneyland Park in 1972, but was retired in 1996.  It then returned as Disney’s Electrical Parade in 2001 and ran at Disney California Adventure until 2010.

This time around, the Main Street Electrical Parade is being presented for a “limited time only” and is currently scheduled to end on August 20th.

Here’s a look at the parade from the preview party that was held before opening night in January:

As if the nostalgia of the Main Street Electrical Parade isn’t enough, Disneyland has brought back the fan favorite, Remember…Dreams Come True fireworks. The show premiered in 2009 as part of Disneyland’s 50th birthday celebration and is hosted by Disney Legend Julie Andrews.  Remember…Dreams Come True celebrates Disneyland with audio, songs and familiar phrases from favorite attractions, past and present, all set to beautiful fireworks, lasers, fire and other special effects.

Remember…Dreams Come True was last presented in 2014, but returned to Disneyland Park at the beginning of February.  No end date has been announced, but it will at least be here through the fall.

3. Guardians of the Galaxy – Mission: BREAKOUT!

Disney California Adventure is getting a little love this summer as well with the May 27th opening of Guardians of the Galaxy-Mission: BREAKOUT!. The attraction will be a re-boot of the Twilight Zone Tower of Terror and will feature all new audio and visual effects, plus six unique ride profiles with different drop sequences that are paired with songs inspired by the film’s soundtrack.

Construction is nearly done on the attraction and there’s no reason it shouldn’t open on time. 4a. Rivers of America

Sometime this summer we will also see the return of traffic on the Rivers of America.  The waterway was dammed up at the beginning of 2016 when work began on rerouting the “river” due to construction on the upcoming Star Wars-themed land, but the water has started flowing and soon we’ll see the return of the Dave Crockett Explorer Canoes, the Rafts to Pirate’s Lair on Tom Sawyer Island, the Sailing Ship Columbia and the Mark Twain Riverboat. And in a related story…the return of the Rivers of America also means the return of Fantasmic!  The exclamation point is in the name, but I’m also really excited about it.

What I’m not so excited about, however, are the updates that are being made to Fantasmic! when it returns.  This is one of those times that I was hoping Disneyland DIDN’T spend the extra money.

Still, Fantasmic! on the Rivers of America is always a great show. This summer, construction will also be complete on the Disneyland Railroad’s new “grand circle tour”, that will now include an elevated trestle bridge as it passes behind Tom Sawyer Island.

5. Summer of Heroes & Everything Else

This summer, the Disneyland Resort is celebrating the Summer of Heroes.  The promotion is centered around the new Guardians attraction, but there are some other fun things happening as well, including some new meet & greets and a couple of dance parties.

In addition, Groot is now greeting guests alongside Captain America and Spider-Man; Black Widow will arrive in her armored vehicle several times a day to greet guests.

Black Widow will be busy because she’ll also be part of the Avengers Training Initiative, where she and Hawkeye will put younger guests through a series of tests to see of they are Avengers material.

Finally, you may see Star-Lord firing up his Walkman as the Guardians of the Galaxy: Awesome Dance Off hits Hollywood Land.

The dancing won’t be limited to the Marvel superheroes though, as the brand new interactive Disney Junior Dance Party premiers May 26th featuring characters from Mickey and the Roadster Racers, Doc McStuffins, Sofia the First and The Lion Guard. This new show replaces Disney Junior-Live on Stage. Any time is a great time to visit the Disneyland Resort, but I’m really excited to see all of these things, plus whatever other surprises this summer might hold!