A Behind-the-Scenes Peek at Avengers Campus! 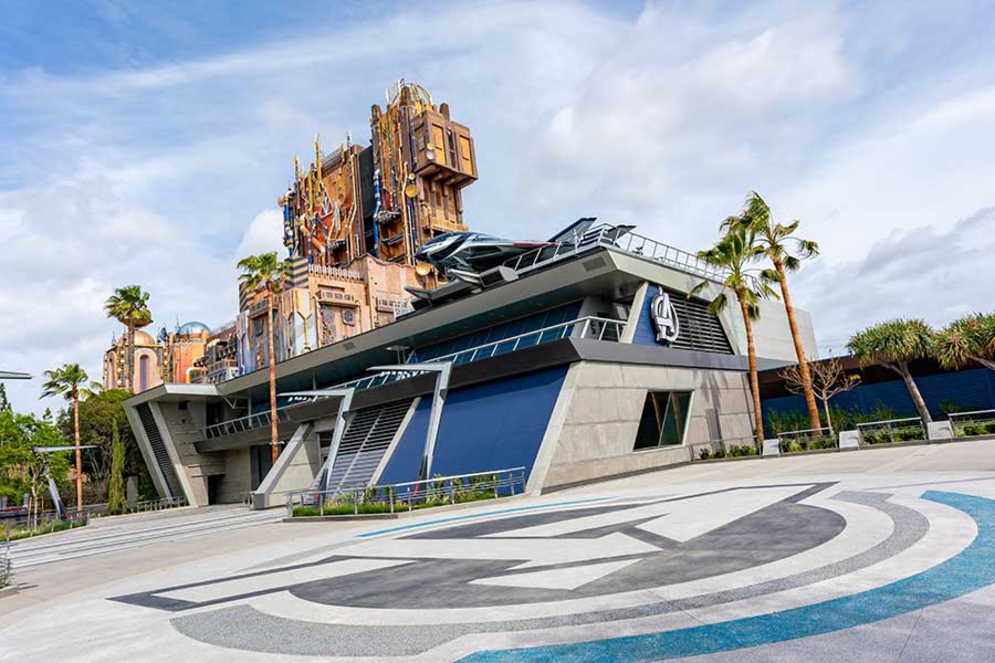 As we recently reported, Avengers Campus at Disney California Adventure will open on June 4th. Disney has treated us to more of the details that guests will find in the new land, and there seems to be a little bit of something for every Marvel fan in the bunch.

First revealed on this behind-the-scenes tour is the fact that “campus” actually stands for Centralized Assembly Mobilized to Prepare, Unite, and Safeguard. Who knew?!

As we look on the ground near the Guardians of the Galaxy – Mission: BREAKOUT attraction, we’ll be able to see what appears to be ooze coming from the earth below the surface. Those colorful splotches of yellows, purples, and blues will glow, even during the daytime. It seems like The Collector placing his fortress near Avengers Campus has caused a bit of a geological disruption.

Speaking of The Collector, his nearby Terran Treats food cart will feature Sweet Spiral Ration Churros. We’re not exactly sure what those churros will taste like, but I’m sure that they will be interesting, to say the least. You just never know what Taneleer Tivan has up his sleeve.

As we know, the Pym Test Kitchen featuring Impossible™ will feature all sorts of quick service options both big and small. We’ve been given a peek at the ceiling near the beverage station of this dining location, and it seems that even the soda that guests will drink has been impacted by the use of Pym Particles.

The Orb of Cagliostro sits in the center of a nearby Ancient Sanctum. The mysterious area is where Doctor Strange will teach young guests the mystic arts. It seems that the orb will glow at night when it “flows with magical energy.”

Guests will also be able to see a Quinjet as it sits at the ready on top of Avengers Headquarters. Guests will find the Avengers “A” logo throughout the area surrounding the building.

The last stop on the virtual tour has us taking a peek at the exterior of the Worldwide Engineering Brigade building, better known as WEB. Apparently, this is a former Stark Motors factory that was built in the 1940s by Howard Stark, Tony Stark’s father.

Years later, Tony Stark retrofitted the building to make it a space to foster the invention of new technologies and to encourage young innovators like Peter Parker. Old meets new here at WEB, where the mission will be to “equip every day people to become heroes.”

It was great getting a bit of a behind-the-scenes look at the upcoming land. Are you hoping to make a visit to Avengers Campus when it opens this summer?