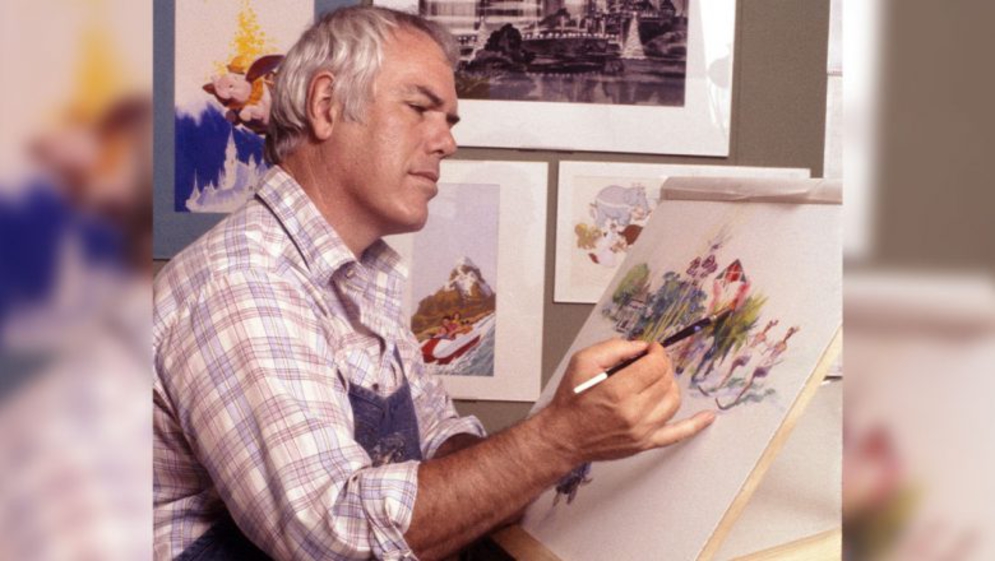 Boyer began his Disney career in 1960 as a temporary Disneyland portrait sketch artist and stayed there for 39 years. Boyer began his art education in high school, and continued as a student at Chouinard Art Institute. At Chouinard, Boyer was granted a working scholarship, which allowed him to enroll in art classes while also serving as the janitor. It was those classes that inspired him to pursue a career in commercial art.

Boyer became a member of Disneyland’s marketing and advertising department after just six months, and went on to create some of the most beloved Disney paintings. He was the park’s first full-time artist. His painting, Partners, featured Walt Disney holding hands with Mickey Mouse, which was later shown in a different stance in Disneyland’s Partners statue.

Boyer also painted A Disneyland Tribute to Fire Fighters as a way to thank those who helped during the Southland fires in 1993.

In addition to a large variety of artwork created for publications, Boyer painted almost 50 collectable lithographs. He was even commissioned to paint oil portraits for retiring Disneyland cast members.

When he retired in 1999, Boyer has this to say: “I’ve worked with such great people. My wife used to ask if I was actually getting any work done, because I was having so much fun.”

Charles Boyer is survived by his children, Bruce and Naomi. His wife, Ellen, preceded him in death.