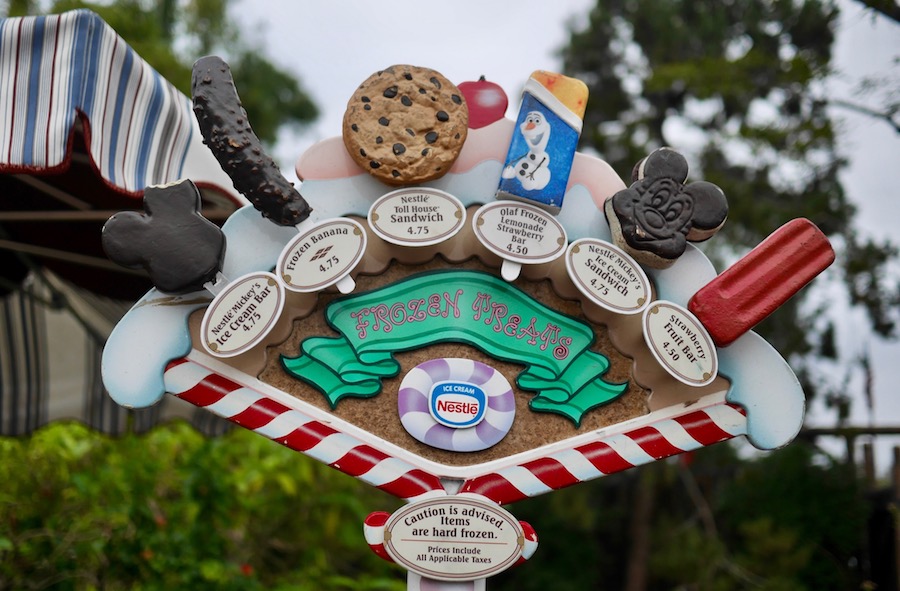 Since I was a little girl, a trip to Disney meant that at some point, you were going to get a churro. As they were expensive and we didn’t have a lot of money, it often meant you might get a bite of a churro, but that bite was one to look forward to. Churros were not a common find back then in the late ’80s and early ’90s, and they indeed were not something you ever had the opportunity to indulge in back home in Australia.

That first cinnamon bursting crunch that sent granules of sweet contentment into every crevice of my mouth was enough to keep me daydreaming on the 14-hour plane trip from Sydney to LA. It was a Disneyland staple, an institution if you will, that marked the distinct difference between the Happiest Place on Earth and all the other places on earth this little Aussie had been at the time.

It would usually be somewhere towards the middle-to-end of our trip when the time would come that everyone had been waiting for. Sometimes only two between four of us, and usually as bribery to sit patiently waiting for the parade to start, the churro experience would begin. Its familiarity and highly anticipated goodness was like a warm hug with an old friend — the kind you never want to let go of.

Given this highly emotional feeling towards my warm sugary treat, you can imagine my awkward and confused response when, some years ago, I arrived at my favorite cart to purchase my beloved churro only to be asked what flavor I was after.

Is this a joke? There is only one flavor. It’s churro flavor. Is this guy new here? Move over; I am sure I could just about make my own by now.

I exhale a nervous giggle and wonder how many days this bloke has been on the job. He points to a sign overhead that shows the shape of a churro in a variety of horrific colors and supposed flavors. A little part of my soul dies. What sort of monstrosity has occurred here?

The woman next to me is handed her order by the other attending cast member, apparently in blue flavor. Blue isn’t a flavor, nor is it a shade of churro, so I become suitably disheartened. The answer to my next question is staring me plain in the face. Who on earth would want a blue churro? This chick, it seems. Artificially blue foods make my throat tingle in a dry-heave repulsion at the best of times, but this? Messing with my churro? That’s not a thing.

And yes, I have feelings about my snacks. Sorry, not sorry.

So what are we all doing gathered here today, you ask me? We are going to have a frank conversation about the bastardization of this classic Disney snack-time treat.

My inner diplomat would like to point out that I am not proposing they don’t exist at all; however, perhaps these could be similarly made only in a circular, donut shape to preserve the distinct uniqueness of the original — if nothing else as a sign of respect. Is it so much to ask to appreciate the very thing that brought us all so much joy for so long? If they suddenly decided to bring in chocolate “Whip,” would we deem that acceptable? I think not my friends. I think, not.

I can concede that different flavors of fried things might be palatably enticing for some. I feel very strongly that with a little ingenuity and effort, they could have created a hybrid snack, not referred to as a churro. The exception being the blue ones, that is just wrong and should be considered excluded from any slack I am willing to give on the subject from here on out.

Is it that there are not enough different types of dessert-like treats at Disney? It isn’t that there is a shortage of blue food coloring in the parks — remember the abomination that was the Olaf Cupcake Disneyland released a few years back? Terrifying.

Why does it bother me so much?

Two reasons: The first, I don’t know, it just does. The second is because it’s just another step in the tradition of taking something classically perfect and messing with it until you ruin not just the new experience, but also the memory of what it was. Can anyone say “Soarin’“?

If you need a churro variation so badly, where is my gluten-free churro*? Why does blue come before gluten-allergy? I have questions, and I don’t think I am going to like the answers. Today I confess I am not a fan of alternate flavored churros being referred to as churros.

Now is the time for your intervention. Explain to me your favorite alternative (churro-like) donut stick flavor and why. Convince me this isn’t the beginning of the end for all of our classic Disney favorites. I am willing to try three different types on our next trip, the first-ever time I have been prepared to see how the other half lives and the outcome of this experiment is in your hands. I might as well tell you now, the blue won’t be happening, but anything else is on the table.

You can be sure that I won’t be referring to them as churros when ordering. Worst comes to worst I may resort to an awkward pointing style of ordering as though English isn’t my native language in order to avoid it.

In the meantime, the next time you ask for your colored donut stick, consider going back to the original for a trip down memory lane, to a simpler time.

*Editor’s Note: While the Disneyland Resort has yet to offer gluten-free churros, Animal Kingdom’s Nomad Lounge in Walt Disney World does offer a gluten-friendly option which Katrina Manzone found to be quite good.