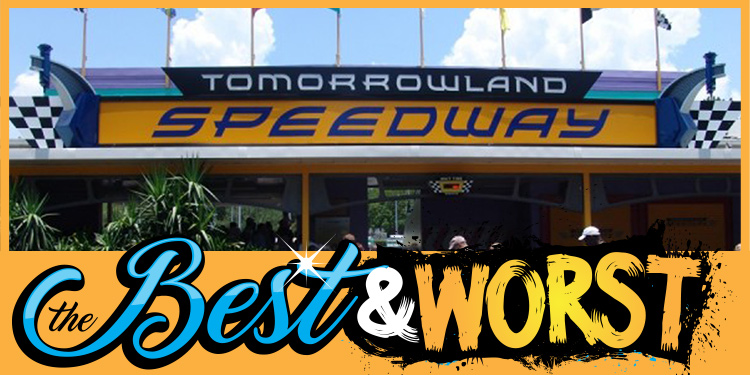 Earlier this year, Pete Werner, Charles Boda, Craig Williams, Ryno Clavin, and I discussed the six worst attraction queues at Walt Disney World. We determined that these queues were some of the worst at Walt Disney World because they were either boring, poorly themed, or badly laid out.

In our original discussion we came up with the six worst queues, so I figured I’d add a few more to round out the top ten. Once the video went live on YouTube I read the comment section, and I quickly realized that we missed a couple queues that should have made the list on the first go around. We love to hear from you for reasons like this!

Here are the six that we listed in April along with our three honorable mentions: 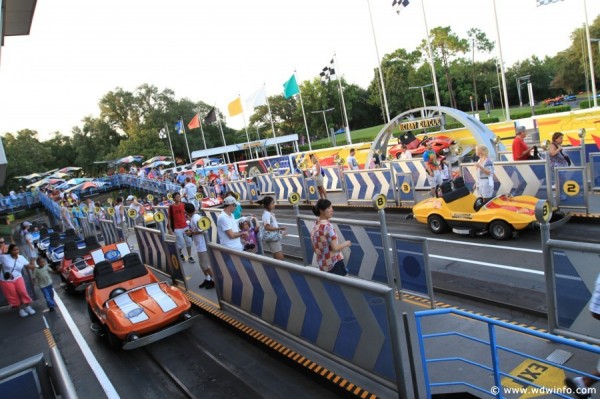 How did we miss this one? The Tomorrowland Speedway queue is simply terrible. The fumes from the attraction fill the queue, so you are smelling the sweet smell of burning fuel for the length of your time in line. If that isn’t enough to convince you that the Tomorrowland Speedway is one of the worst queues at Walt Disney World, also know that there really isn’t anything to do in line. There are no interactive elements and nothing to entertain you except for watching other guests already driving their Speedway vehicles. 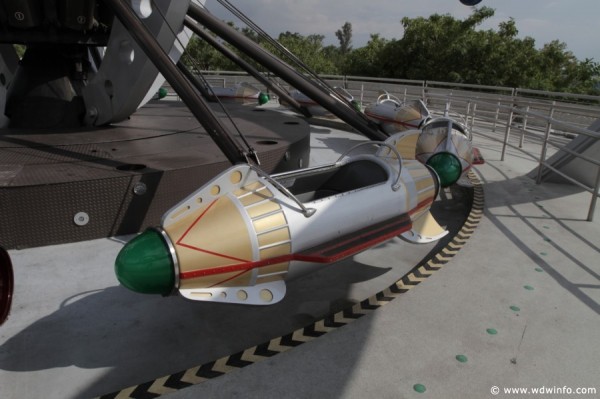 First, the queue doesn’t have an electronic wait time, so if the cast member isn’t accurately updating the sign, and you don’t check the My Disney Experience App, then you could have a much longer wait then you expected. Not sure why this attraction is still so outdated when it comes to not having a digital wait time. Next, the queue itself is just very cramped.  There isn’t any theming and you’re essentially just standing in the middle of Tomorrowland in close proximity to a hundred other sweaty guests. After that, you board one of two elevators, which by the way are extremely cramped and don’t have air conditioning. Once you get to the top, you typically don’t board your rocket for another round or two, which leaves you standing at one of the highest and hottest possible points in the Magic Kingdom. 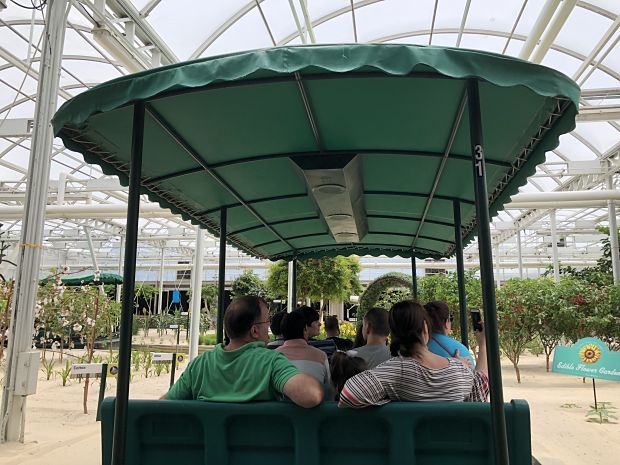 9. Living with the Land

Living with the Land typically doesn’t have a very long line, and that is the only saving grace of this attraction’s queue. When Epcot is crowded and this attraction does have a long wait, standing in line is brutal. There is really nothing to do while standing in line, the queue just zigs and zags, back and forth for your entire wait. Ten years ago, this wasn’t a very big problem because the parks weren’t consistently crowded, but now it is common to see Living with the Land with over a 20-minute wait.

The problem Disney may have already recognized is that the ride entrance is confined to such a small section of the Land Pavilion and I’m not sure where they could add anything. At the very least it would be nice if they had a television on the wall telling us something about cultivating and harvesting plants, almost like a pre-show before the ride starts. 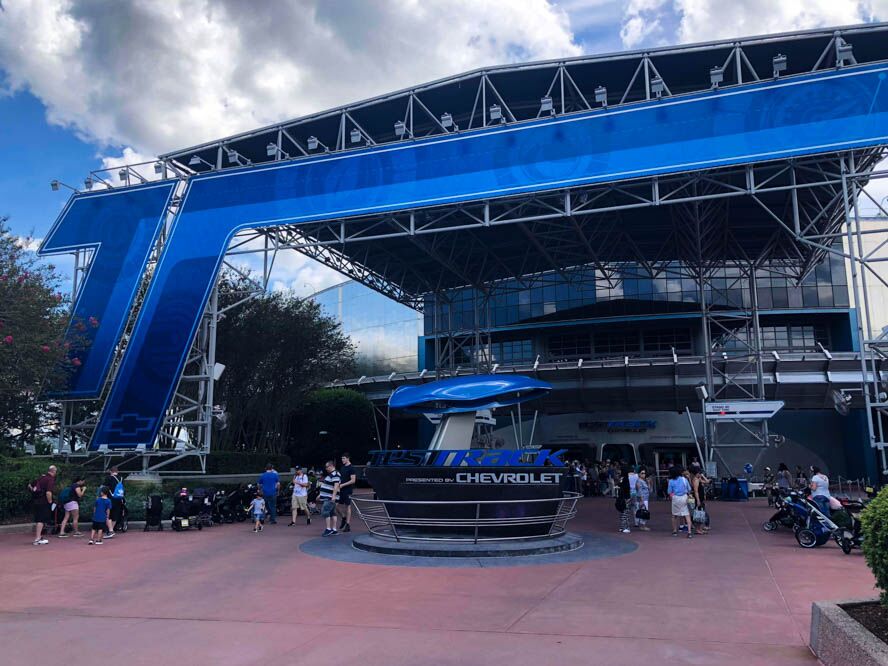 The queue before the attraction was remodeled in 2012 was horrendous, and would have been much higher on this list. The entire queue was supposed to look like a repair and test shop, and they played this mind-numbing music repeatedly – it wasn’t really music, it was the sounds of tools banging around making screeching sounds on a loop. So, when the attraction was remodeled there was hope that this queue would vastly improve. Fortunately, it did improve, but not enough to make it off this list.

In the new queue, guests design their car to maximize its capability, efficiency, responsiveness, and power. While this interactive feature of the queue is fun for families the layout is poorly set up. Once you are done designing the car everyone is funneled into a room with a small ramp which leads to the loading area. I always feel claustrophobic when I enter this room, as it is often backed up. Guests in this small room are all vying to get to the top of the ramp as quickly as possible.

I also wish that guests had the option to skip the design studio altogether. I know that this is an option in the single rider line, but I wish it was an option in the standard line as well. Those that have ridden the ride a couple times, don’t always feel the need to design the car, and just want to get to the loading area as quickly as possible.

So, that rounds out the top ten. Thank you again for your comments and suggestions from the YouTube video from our original discussion as it really inspired me to write this up. I can’t believe that we missed some of these on the first go around! Let me know in the comment section below or on Facebook if there are any other attraction queues that you would add to this list!