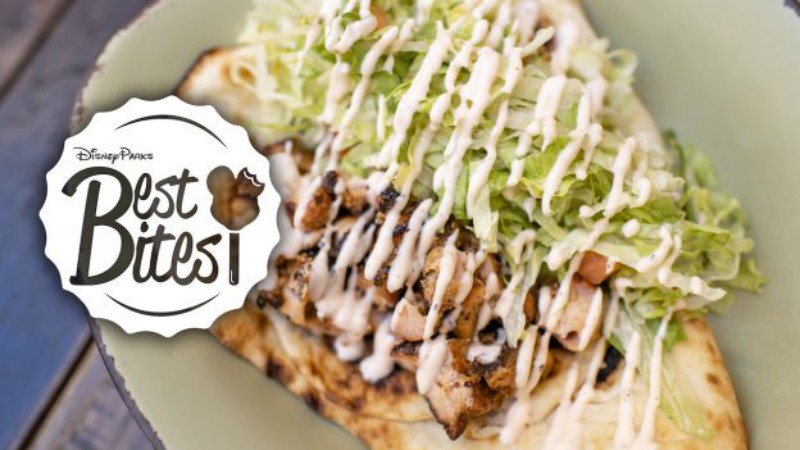 Each month the Disney Parks Blog shares their “best bites” for the Disneyland Resort and Walt Disney World, including new or seasonal dishes from around the theme parks and resorts. This month’s offerings range from beignet burgers to lobster to dinosaur-themed cocktails.

First, we head over to Disneyland Park, where last month the Hungry Bear Restaurant revamped their menu! 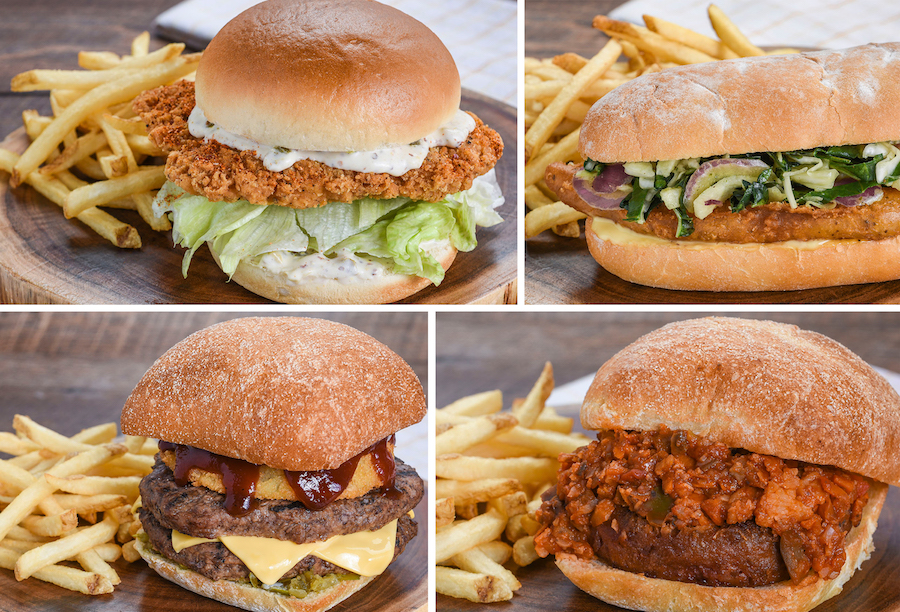 The burgers got an update as well and now feature a BBQ Double Cheeseburger with BBQ sauce, onion ring, and jalapeño relish, or Messy Melvin’s Vegan Specialty Burger with a vegan patty and stewed vegetables. 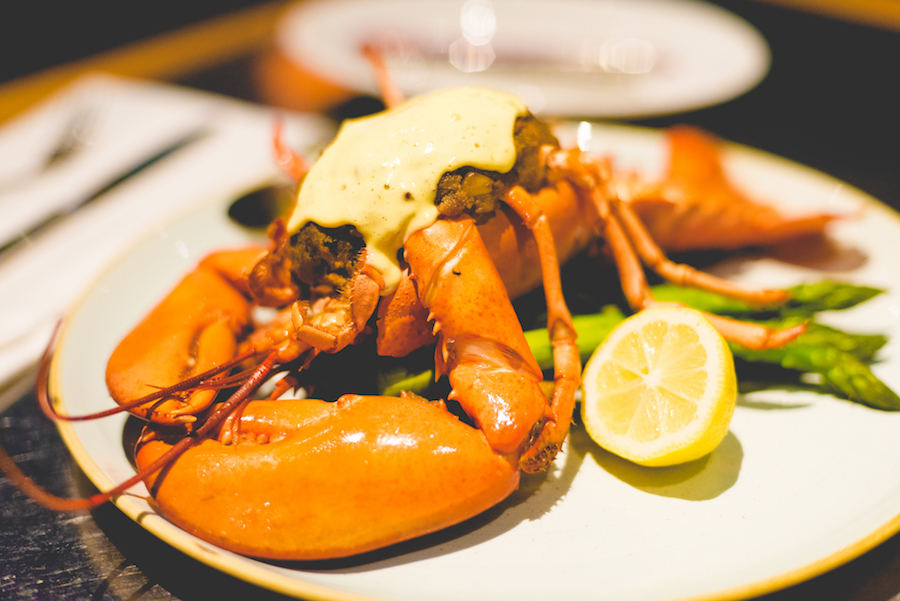 Next, we head over to Epcot where the Coral Reef Restaurant is now serving up a whole-stuffed Maine lobster, with crispy baby potatoes, asparagus, bérnaise, lemon, and butter. 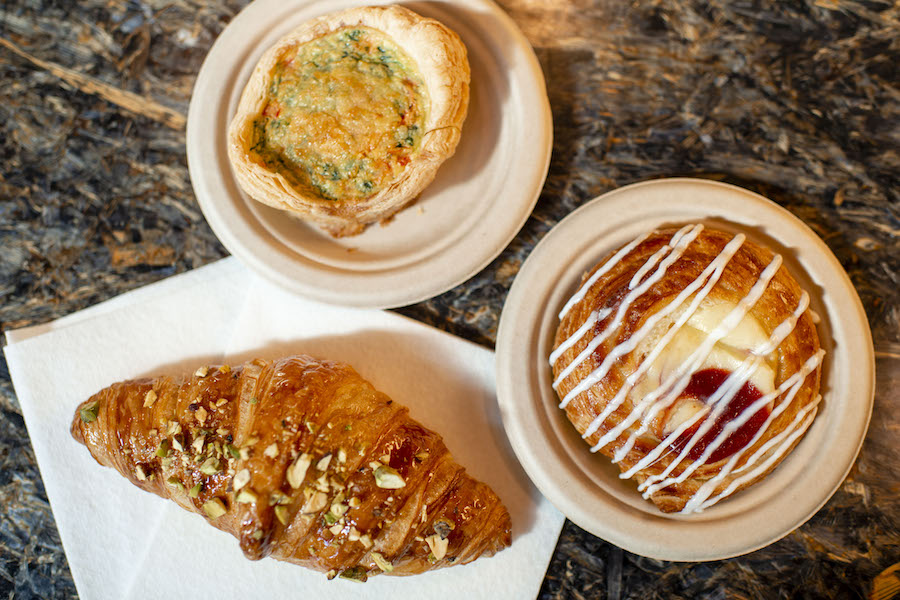 There are several new items to be found in the restaurants at Disney’s Animal Kingdom.

The Kusafiri Coffee Shop and Bakery has added some new breakfast items, including a Cheese & Guava Danish, a Pistachio Honey Croissant, a Sausage Egg & Cheese Biscuit, and a Spinach & Feta Quiche. 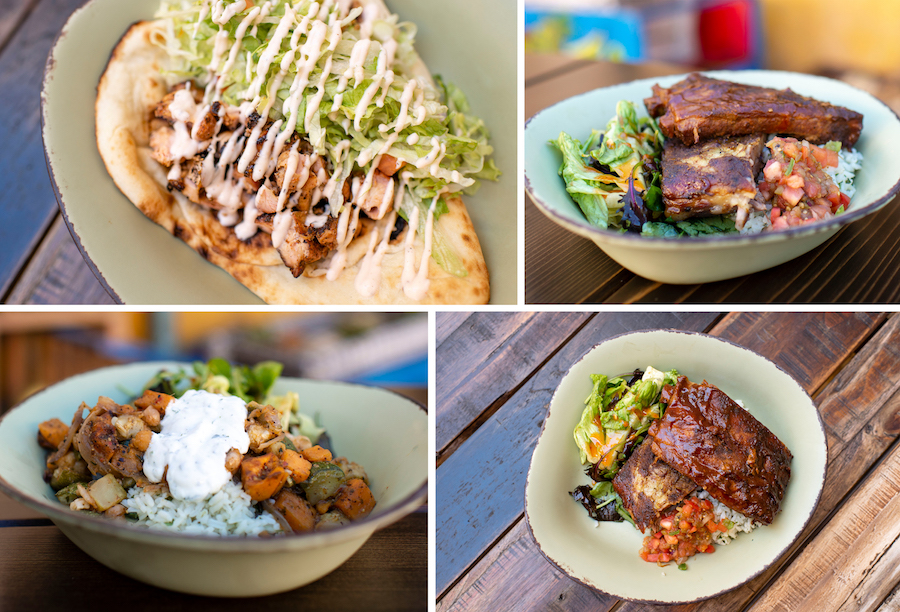 The new Restaurantosaurus Lounge has a great selection of snacks and specialty cocktails, plus beer, wine, and non-alcoholic beverages.

Snacks include Sweet-and-Spicy Mixed Nuts and a Buffalo Chicken Dip with house-made chips. 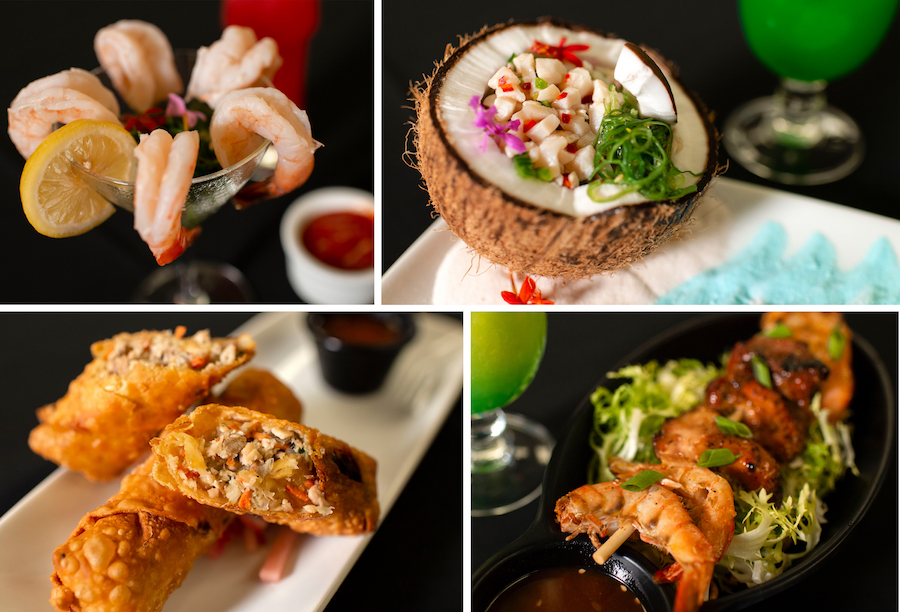 There are some fun new items at the Walt Disney World Resort hotels as well, including a new menu at the Tambu Lounge in Disney’s Polynesian Village Resort.

New appetizers include a Conch Ceviche served in a coconut and a Shrimp Cocktail made with fresh shrimp that have been marinated in local Florida citrus juices.

There are also some new shareable appetizers, like the Crispy Chicken Spring Roll with pickled vegetables, the Beef Carpaccio Tatiki with a spicy black pepper marinade, or the Tambu Mixed Grill Kebab with chicken, steak, shrimp and a savory peanut sauce. 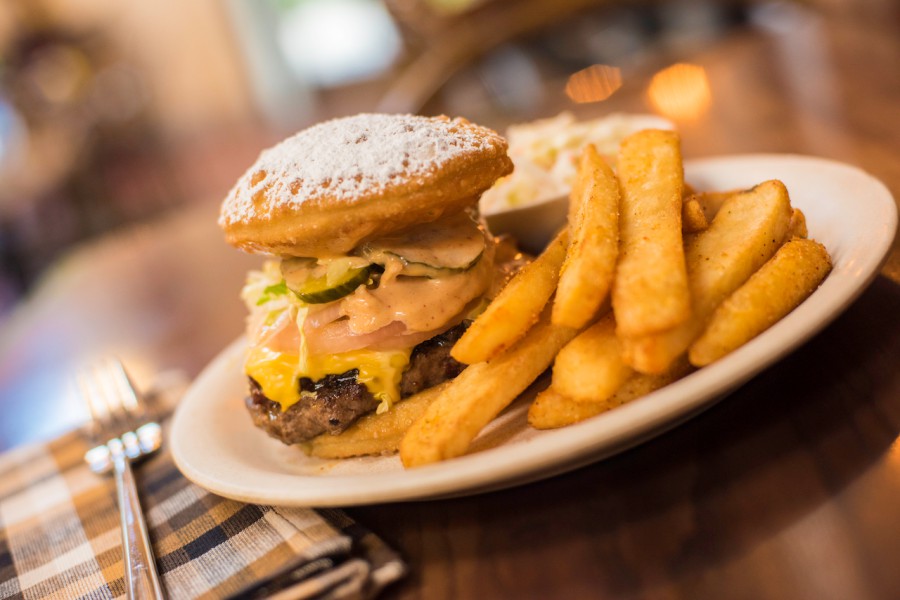 Finally, we head over to Disney’s Port Orleans Resort!

If that’s not enough, Sassagoula Floatworks and Food Factory at Port Orleans French Quarter is now making a Beignet Burger. The sweet and savory treat includes a burger topped with American cheese, bacon jam, pickled onions, BBQ bayou sauce, and house made pickles, all served on a beignet bun.

The DIS Unplugged’s Ryno & Craig tried the Beignet Burger and shared their thoughts in this video: