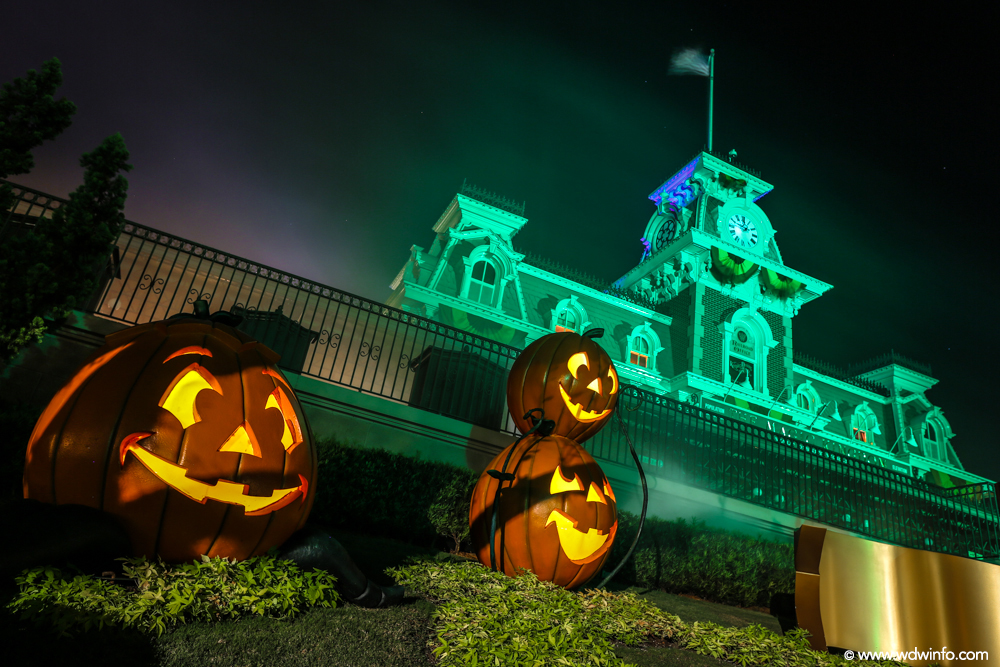 Attending a Disney Halloween party on either coast is a must do for any Disney fan. From Mickey and his friends in their Halloween outfits to pumpkin-spiced well…. everything, Disney offers something fun for the whole family. But who does it best – Mickey’s Halloween Party at Disneyland or Mickey’s Not-So-Scary Halloween Party at Walt Disney World? Here are five comparisons from two very different Halloween parties on both coasts.

Disney offers two very different parades on both coasts that in their individual way capture the spirit of the event. It’s often said that Disneyland is a much more intimate experience and this translates to their parade. Disneyland’s Frightfully Fun Parade features smaller, intricately themed floats decorated to the characters that they are carrying. In comparison, Walt Disney World’s Boo-to-You Parade showcases much larger grander parade floats that accommodate the large crowds expected at Disney World. Both parades feature Halloween favorites such as Disney villains, the Haunted Mansion’s Hitchhiking Ghosts and the Grave Diggers. However, don’t expect to see Mickey and friends over on the west coast. The only Halloween parade to feature the fab five is Walt Disney World’s Boo-To-You Parade. For this reason, and that it’s set to one of the most catchy pieces of music I’ve heard, the Boo-to-You parade takes the crown.

A personal favorite at both Halloween parties is the ‘Cadaver Dans’. A barber shop quartet by day transforms to the living dead by night. The Cadaver Dans add to the atmosphere of the party in such a unique way. Performing small segments throughout the night, the Cadaver Dans are a nice little surprise for anyone who just happens to stumble across them. The real difference of course is how both parks showcase the act. Disneyland utilizes the Rivers of America, floating the Dans along the fog-filled river, making for a unique experience for all watching and also allowing them to reach a much larger crowd. In comparison, Disney World’s Dans are a slight letdown. Although highly talented and extremely entertaining, the Dapper Dans stand in one location and will occasionally stroll between spots in between songs. Talent wise, both coasts are equal, however based on execution alone, Disneyland’s Dans come out on top.

Fireworks at any Disney theme park is a real spectacle and Halloween time on both coasts is arguably the best time to view Disney firework spectaculars. Disney World’s Magic Kingdom features HalloWishes. Hosted by The Haunted Mansion’s Ghost Host, HalloWishes features songs from Disney villains, The Nightmare Before Christmas and more, all set to an incredibly catchy and unforgettable soundtrack. HalloWishes isn’t just my favorite Halloween fireworks show, it’s my favorite nighttime spectacular ever. But why do the Disneyland Halloween fireworks fall short? Disneyland fans will tell you until they are blue in the face that Disneyland is a more intimate experience and for the most part, this is true. In this case where extravagance is important, an intimate experience just doesn’t work. Both shows are set in front of the park’s castle and although I’ve been told multiple times in my life that size isn’t everything, in this instance it really is. Disneyland’s Sleeping Beauty Castle is tiny and the Halloween Screams Fireworks that surround the castle reflect this. Both coasts use projections on the castle during the performance that work well, but Disney World’s Cinderella Castle towering at 183ft tall just offers a larger canvas for this. Unfortunately, it’s not just the size of the castle that lets down Disneyland’s Halloween Screams. The soundtrack used on both coasts is very similar, however Disneyland’s version is led by “Master of Scare-omonies” Jack Skellington and feels like a ‘knock off’ version of the Disney World equivalent. Although I did enjoy the Disneyland’s Halloween Screams, the clear winner is HalloWishes.

Take a look at the DisUnplugged 2016 overviews of both Halloween parties: