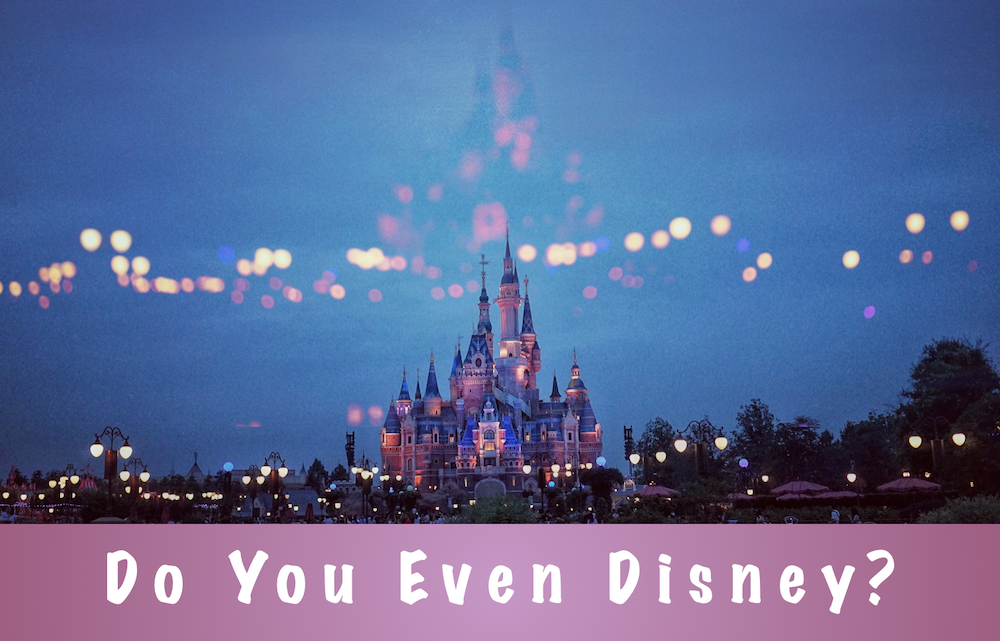 Earlier in the week, I was having a chat with an acquaintance of mine while waiting for the kids to come out of school, and the conversation turned to travel. When mentioning my plans to return to Disney, the expression of the other party turned to pure shock.

Before that moment, I had not even thought this person was familiar with my traveling routine or had any idea of where I had previously been, but in that second, I knew. That expression said it all. The perfect storm of judgment, confusion, and entitlement mixed with a twinge of jealousy. So I thought it might be the perfect time to revisit my Disney come-back series, Do You Even Disney?

We are all used to defending our repetitive vacation choice to friends and family. Some reactions are mild while others are more intense and intended to knock you off your game; throwing shade as though you just confessed your annual front row excursion to a Barry Manilow concert.

The latter was the response I received from this particular acquaintance. Judgment. And from the very same person who checked in at the movie theatre to watch Gotti on three separate occasions last year – I am not the one out of the two of us with a problem here, believe me.

So in the spirit of feisty conversations and quick-witted retaliation, let’s look at a few more responses you can use the next time you are Disney shamed.

Don’t you get sick of eating theme park food?

Well, Bob, if we were eating the sort of hot dogs you like to throw back as though they were Tic Tacs, then absolutely! But in reality, Disney actually has some of the most fantastic food around in a setting where you are encouraged to experience everything from a character meal to fine dining with your children.

But don’t you wish you had more options?

Disneyland has 28 food/beverage service locations. Walt Disney World has 415. On the other hand, every Tuesday I see you eat the same taco from Ben’s Fat Taco stand.

Just think about that for a moment.

Disney Vacations are so expensive; I don’t know why you do it.

How much was that Club membership you only bought so you could wear a tennis bracelet and flirt with the trainer, Karen?

We all spend money on things we don’t necessarily need or even really get any value out of. Imagine if you didn’t waste money on all those things and instead used it to go and have a magical experience you will never forget?

But sure, go ahead and buy that goat horn-shaped mug online that can’t even be put down on a flat surface due to its… horn. I’m sure that isn’t weird or a waste of money. I’ll keep the $80 in my Disney fund.

Yes, Mom. Haven’t you lost around $30 a week for the last 20 years playing seniors poker with the book club ladies instead of reading any actual books?

Why don’t you go to Six Flags, isn’t it the same but cheaper?

That’s like saying the Lord of the Rings franchise is the same thing as the Harry Potter franchise because Dobbie and Gollum are both creepy little creatures with oversized eyes and a warped sense of social boundaries.

Sure, they are exactly the same.

Doesn’t Disney lose some of its magic each time you go?

Our friendship loses its magic every time you bring up this conversation.

Did you know that just about everything you own has a Mickey Mouse on it somewhere?

Did you know that you own ten variations of the same dark blue with polka dots shirt and no one brings it up so you don’t feel embarrassed?

Don’t you want to hide some of this stuff so people won’t think you are obsessed?

You have a mug in the shape of a 3D sculpture of your cat’s head.

Do you really want to discuss unhealthy obsessions?

Wouldn’t you like to go and see other places in the world, like Thailand or New Zealand or Italy?

I have been to all of those places as well; you only seem to pay attention when I go to Disney. One might think this says more about you than it does about me.

Maybe if you saved the money you spend on the peanut-butter-and-jelly-of-the-month club, you could go to these places as well.

That’s gonna do it for this edition of Do You Even Disney?

And Penelope, if you are reading this, while I am entering the gates of Tokyo’s Disney Sea, not feeling the need to announce it to the world via Facebook check-in, you can enjoy your fourth showing of the worst movie of 2018.

Leave the most annoying Disney-shaming comment you have heard below and let me know if you need some snarky help in answering it.