It’s Not the Size of the Castle: Just Listen 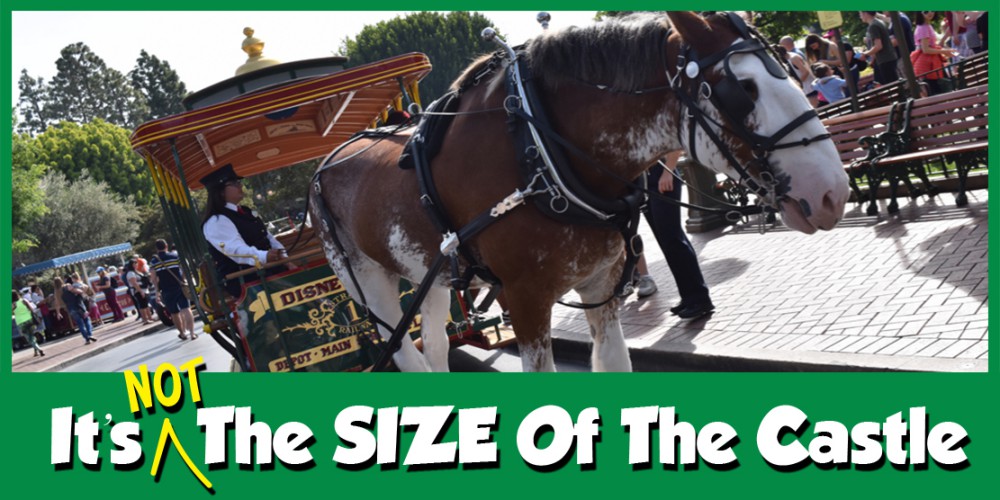 One thing I love about Disneyland Park, and especially Main Street USA, is the way that the sounds of the park envelope you.

If someone were to blindfold you and drop you in the middle of the hub, it would probably take less than 5 seconds for you to realize where you were. Between the background music, the clomping of the horses pulling the street car, and the chatter of happy families, there is no mistaking the sounds of Disneyland.

I’m one of those people that has the Main Street background music loop nearly memorized. I probably couldn’t write it down, but when I’m in Disneyland, I hum along…and know exactly what song is coming up next. There must be a small piece of my brain dedicated to that. I can amaze and/or annoy my friends.

As a recovering high school band geek though, I have to be very careful walking down Main Street while listening to the music, because I sometimes find myself unintentionally walking “in step” with the music. When I catch myself, I’ll slow down or speed up my steps, just so it doesn’t look like I’m marching down Main Street. Please tell me I’m not the only one that does this. What are the random sounds that mean Disneyland to you?

Is it the background music or train whistle on Main Street? The steam whistle from the Mark Twain or the gunfire from the shooting gallery in Frontierland? The sounds of the jungle in Adventureland? The telegraph machine at the train station in New Orleans Square? The splash of the logs (and the screams from the guests) on Splash Mountain in Critter Country?

Is it the music of King Arthur Carrousel or the safety announcement at the Matterhorn Bobsleds (“Remain seated please. Permanecer sentados por favor”) in Fantasyland? The gulls from Finding Nemo in Tomorrowland? The exploding fireworks factory or the musical fountain in Mickey’s Toontown? None of those sounds are something you would normally stop and listen to, like the Disneyland Band or Royal Street Bachelors, but they’re still important.

Aside from my high school marching band flashbacks on Main Street, the sounds in Disneyland do exactly what they’re supposed to do: take you to another time or place…almost without you even knowing it. Can you imagine walking through Adventureland or Fantasyland while listening to the latest hit from Ariana Grande? It just wouldn’t work.

We always talk about the details in Disneyland and love the Imagineers for them, but sometimes I think the ambient sounds are missed and the park would not be the same without them.

I challenge you to find a bench somewhere in Disneyland Park…sit down…and just listen.