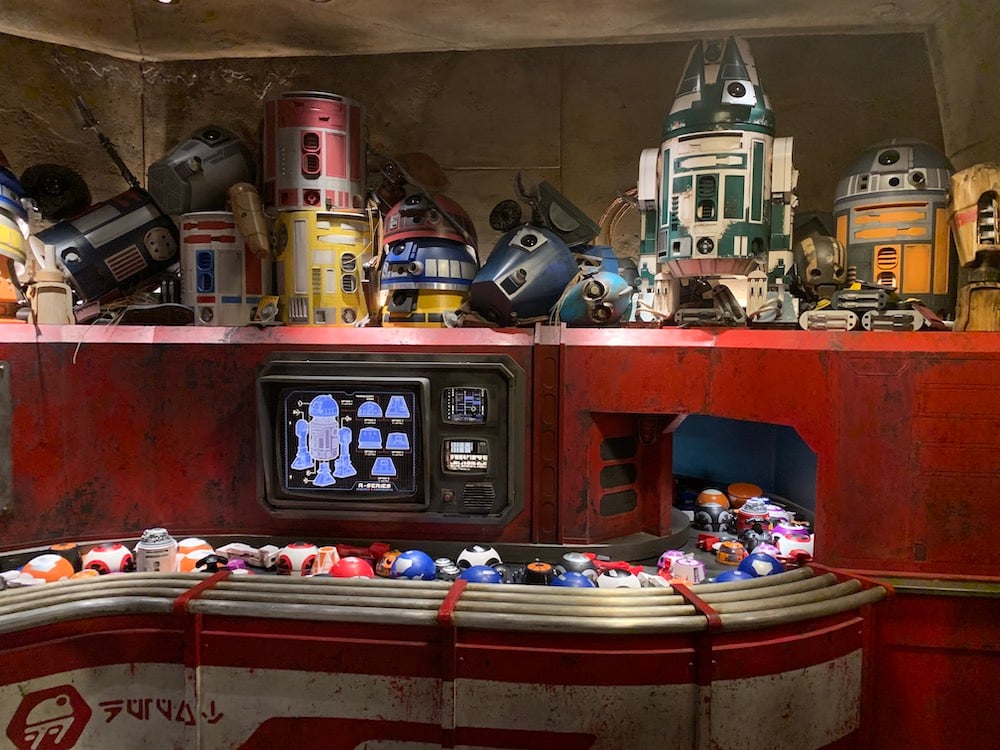 The Droid Depot is an interactive merchandise experience that allows you to construct your very own droid. Corey Fiasco and I had the opportunity to build a droid to see what we thought of the experience.

The line to get into the Droid Depot was very long. We waited about an hour and fifteen minutes to get in, and we heard that the day prior the line was even longer. Between now and June 23, guests are limited to their four-hour reservation in Star Wars: Galaxy’s Edge, so if you are considering building your own droid be prepared that it will take a fairly large chunk of your time on Batuu. The line might look short as you approach the Droid Depot, but I promise you it moves extremely slow.

Each droid is a minimum of $99.99 plus tax, so this is an expensive experience. You are going to either build an R-Series Unit (similar to R2-D2) or a BB-Series Unit (similar to BB-8). There are several accessories that can be added on, like a backpack to put your droid inside of, or a personality chip, so the cost can easily get over $150.00. There are three personality chips to choose from, First Order, Resistance, or Smuggler.

Choosing each piece of the droid on the conveyer belt was probably my favorite part. It was a lot of fun to see, which pieces looked the best together. I was slightly disappointed in the lack of colors to choose from. There were no yellow, green, pink, or brown droid pieces, so hopefully none of those were colors you were planning on picking for your droid. I wouldn’t be surprised if more colors are added in the future as a way to entice people to come back and build more. 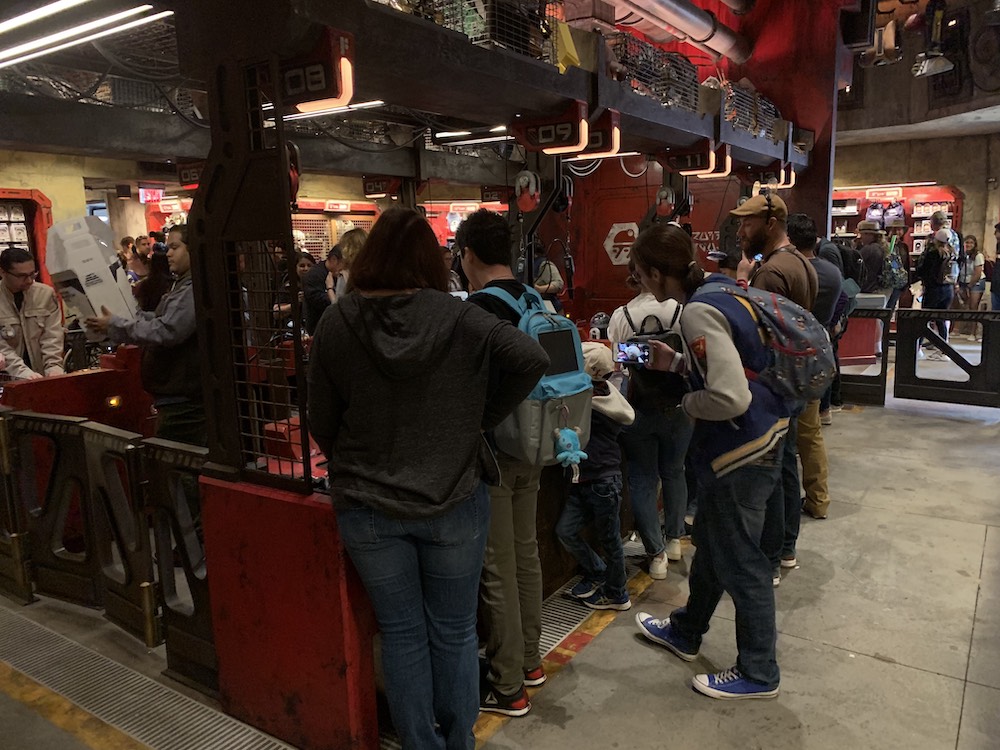 After picking out the pieces of your droid you have put them together. A cast member will direct you towards a building station, and then you get to work putting everything together. It is fairly easy. Admittedly I did put on my droids’ legs on backward, so I had to correct that mistake, but it doesn’t take a rocket scientist to figure everything out. This step is where the lack of cast members really becomes an issue. They were doing their best running around trying to help as many guests as they could, but there just weren’t enough of them. I don’t mind patiently waiting for a cast member, but with a long line of people waiting to get inside I did feel like the process could have moved a little faster if there were more cast members helping move guests along at this station.

When you’re finally done building the droid it is activated and can be controlled via remote control. The minute every person was handed the remote control they had a smile on their face, which made the chaotic atmosphere of the Droid Depot all worth it, at least for me.

If you are easily overwhelmed, then I say stay clear of the Droid Depot for at least a year or two until the excitement goes down. The cast members were doing a fantastic job, but there were way too many guests crammed into a way too small of a space, which dampened an otherwise fun experience.

Check out the video below to see even more details about our experience at the Droid Depot!