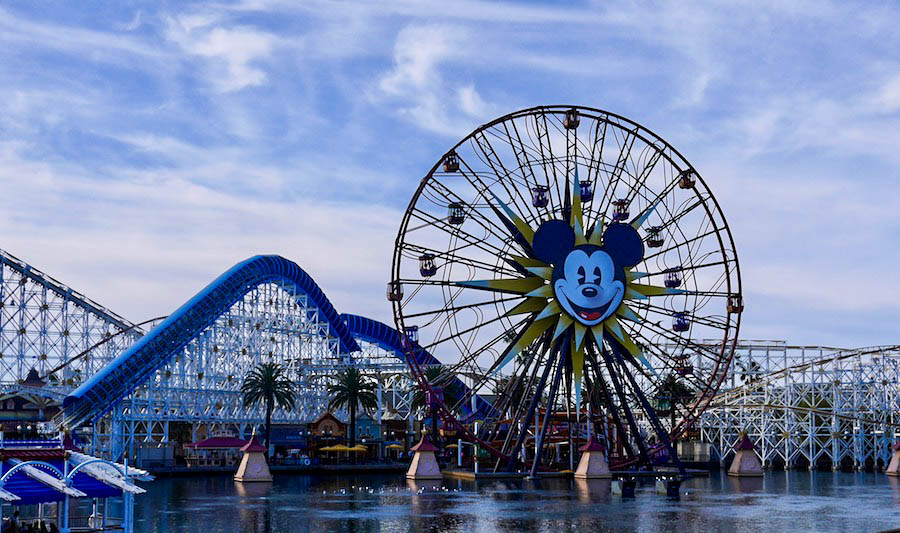 ShareTweetSubscribe
You've been standing in a queue for well over 40 minutes, clinging to the sporadic shade slowly shifting from the handful of surrounding trees. You watch, painfully, as group after group board the ride, feeling as though they are moving in slow motion. You restrain your outrage as the group of 10 adults ahead decide to ride single-rider style. This takes up a whole ten ride carriages in front of you, rather than the three you had allocated to them in the "how-many-in-front-of-me" count-down. You approach the front of the line, close enough to begin predicting what color your ride vehicle will be. And then, it happens. "Sorry Folks..." Technical difficulties are announced and the ride queue is dismissed. As any well-seasoned Disney-goer has experienced, sometimes Disney rides break down, and sometimes, you are on the actual ride when it happens. Today we are going to count down my top 5 rides across the Disneyland and Walt Disney World Resorts that you may never recover from once you have been on board during a breakdown.

Number Five - Pirates of the Caribbean

Everyone loves the atmosphere of POTC. There is something about tipsy pirates and dimly lit gunfights that just warms the soul. Breakdowns on this one are not too bad as there is a lot to look at. Unless they turn on the lights. This takes your magically rambunctious adventure and slaps it in the face with the cold harsh reality that the whole set is actually...fake!  That's right — you are now completely unable to pretend that you are a hidden observer, voyeuristically boating your way through a pirate-infested town. Now you'll see your favourite characters with their hinged jaws and timed eye movements with no sound effects. Rather reminiscent of a Big Mouth Billy Bass with the sound cut off. The jig is now up. Number Four - "it's a small world"

While we can all agree that if you're stuck on "it's a small world" for more than 30 minutes, you may swear it off for a few years, though breaking down on board doesn't usually spoil that behind-the-scenes magic. So why is it at number four? Because they don't let you get off! Even when stopped in Disneyland just before the disembarking zone, where there are grassy areas calling your name and the singing dolls have been left far behind you, at this point in the ride it is just you, the sun and that song. I rest my case. There are two types of people in this world. Those that would love Space Mountain with the lights on — able to see all the twists, turns, and intricacies of the track — and those that would rather close their eyes and remain in the dark (both physically and metaphorically) about the harsh truth that one is not actually rocketing through space. The one thing that both should be able to agree on is that, once you have seen it, you can never un-see it. How often do you get to fly whimsically over London, then second star to the right and straight-on till morning? Right? So imagine the experience of the florescent bars flickering on, bringing light to the darkest of corners of Never-Land. Get stuck on this ride when lighting is required and you'll never be able to look at Mermaid Lagoon the same way. Before it even leaves the ground, this one can turn the stomach of anyone with a fear of heights, motion sickness or claustrophobia. Now imagine halfway up, it breaks down. All of a sudden that cage hanging above the water isn't feeling as magical. Back in 2014, some guests were left stranded up there for approximately 2 hours while cast members worked to restart the ride so they could be evacuated. I don't think anyone asked if they could go around a second time that day! That does it for this top five. Keep the magic alive on the rides we love. If the lights come on, look away!
ShareTweetSubscribe
GET A NO-OBLIGATION DISNEY WORLD PACKAGE QUOTE