ShareTweetSubscribe
We are getting so close now. Star Wars: Galaxy’s Edge opens THIS YEAR at Disney’s Hollywood Studios (and the Disneyland Resort as well)! Sci-Fi enthusiasts are unpacking their Jedi robes and polishing their lightsabers in preparation for the grand unveiling. But not everyone is sharing in that excitement. Just as I was indifferent about Enchanted Tales with Belle and Beast’s Castle in New Fantasyland, there is a segment of the Disney Parks fan community that has no interest in Star Wars. While that typically wouldn’t interfere with a fan’s enjoyment of new attractions, this could be different. Take Animal Kingdom’s newest land, for example. Pandora - The World of Avatar is based on one movie and I’d venture to say many park goers have never seen it; however, the theme is appreciated for its beauty, ingenuity, and creativity. Galaxy’s Edge is built around a story that has been evolving for over 40 years with multiple movies, soundtracks, novels, animated series, and video games all contributing to this amazing saga of complex characters. Without a little background information, an unsuspecting fan might miss out on what are sure to be some great theming elements. In this series, I’ll simplify Star Wars as it relates to the new land, and give it to you in a language we share: Disney-speak. 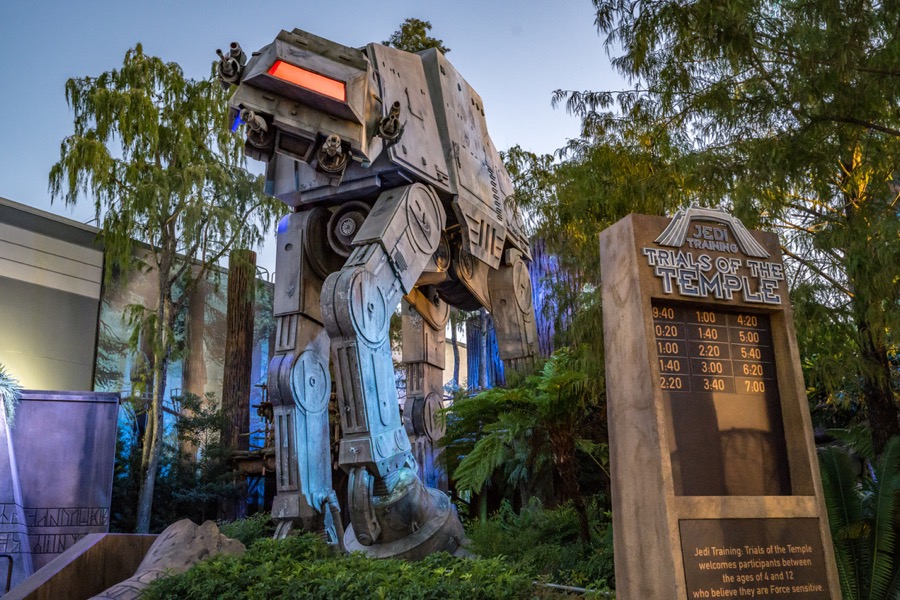 Like most adventure stories, Star Wars has good guys and bad guys. The good guys have been known as the Republic, the Rebels, and now the Resistance. They believe in democracy, order, freedom, and peace in the galaxy. The bad guys have operated as the Separatists, the Empire, and now the First Order. They want to rule the galaxy with ultimate power over all beings. If you know the story of Cinderella, then understanding the conflict of this saga will be easy. Do you remember at the very beginning of Cinderella, how everything was fine until her dad passed away? That caused a great imbalance of power in her household. The evil Stepmother and Stepsisters (the First Order) used their power to force Cinderella (the innocent civilian) to do their bidding. On her own, Cinderella was powerless to free herself from their rule. That’s when the mice (the Resistance) rose up to level the playing field for Cinderella. But the Stepmother and Stepsisters were too powerful for their efforts. Thankfully, there was the Fairy Godmother (the Jedi), who could use her magic to give Cinderella and the mice the support they needed to overcome the Stepmother and Stepsisters. See? Same story, different delivery. But how will all this play out in Galaxy’s Edge? Disney is placing the land and its attractions in the new era of the franchise to coincide with the new content of movies, books, and shows they are producing. Let’s look at where you will be when you enter the land. 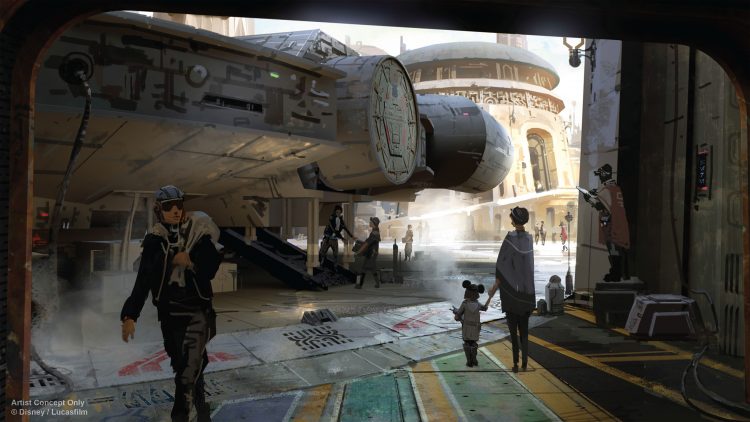 Batuu is a planet in the Outer Rim, an area at the far edge of the galaxy before reaching the Unknown Regions. Think about The Lion King; Mufasa tells Simba that their kingdom is “everything the light touches.” Batuu would be at the very edge of that, before the darkness. Black Spire Outpost is the name of the largest settlement on the planet. It used to be a bustling destination for travelers who were venturing out to the Unknown Regions. But that was before the time of hyperspace travel. What’s hyperspace travel? You know those Star Wars visuals that show the stars passing by so quickly they look like streaks of light? That’s hyperspace travel, also known as traveling at hyperspeed. Black Spire Outpost suffered the same fate as Radiator Springs in Cars, once interstate highways were built. Just as folks no longer traveled on Route 66, they also didn’t travel along “slow” space routes. With less traffic coming through, the Outpost became a haven for criminals and those who wish to remain unnoticed, and out of the watchful eye of the First Order. As a visitor to Batuu, you’ll encounter some colorful creatures from all over the galaxy. Experiencing Millenium Falcon: Smugglers Run will put you in the middle of the story in this faraway place. Star Wars: Rise of the Resistance will give you a front row seat for a demonstration of the power of the First Order. It will be exciting to see it all play out! In the next installment of this series, I’ll explain the significance of the Millenium Falcon, introduce you to a lesser-known character that Disney is giving a prominent role in the land, and cover a few more basic Star Wars tidbits. Until then, may the force be with you. Photo Credits: Disney© Liz Mroz can be found on Twitter, Facebook, and Instagram @VacationPixie
ShareTweetSubscribe
GET A NO-OBLIGATION DISNEY WORLD PACKAGE QUOTE