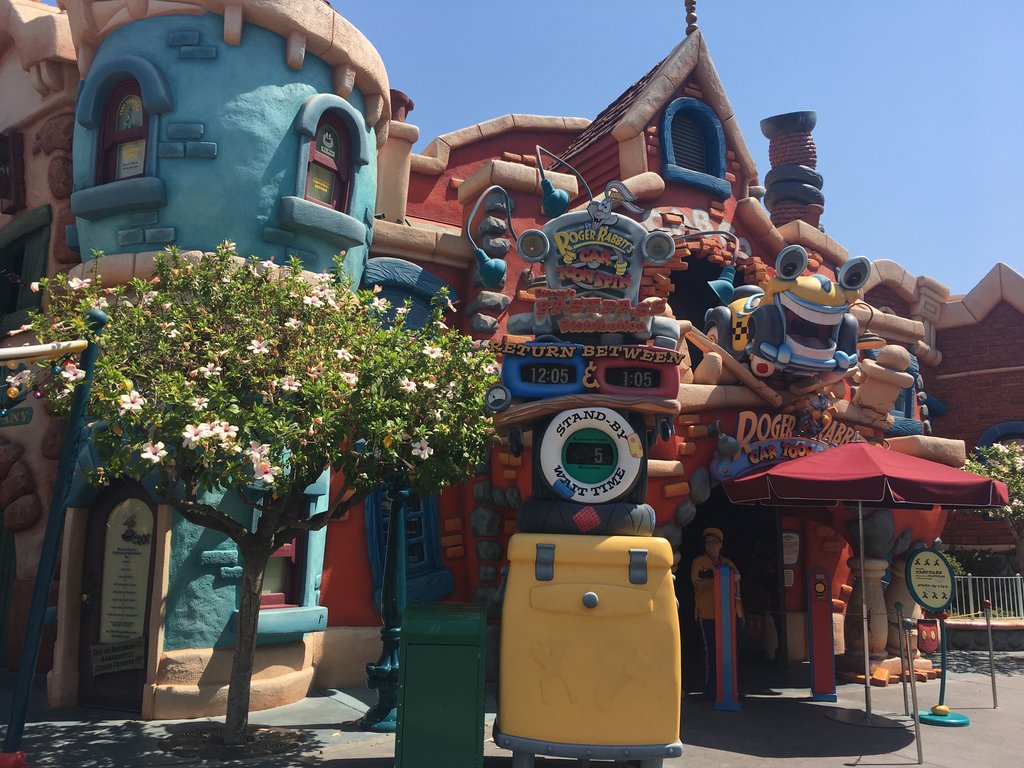 During a recent trip to Disneyland, my family and I decided to try out Disneyland’s new MaxPass.  As a frequent visitor to Walt Disney World, I’ve had a lot of experience with the Disney World FastPass+ system, but I had not been to Disneyland since 2013 so I was excited to try this new system out.

Background of FastPass at Disneyland

Disneyland still uses the old paper FastPass system that Disney World veterans may remember from back in the day.  With this system, guests need to visit a FastPass machine for the ride they want, scan their park ticket, and will then be assigned a return time so they don’t have to wait in a long line for that attraction.  When the guest returns, the FastPass line is generally very short, ranging from no line at all to 15 minutes or so for very popular attractions. At Disneyland there are no magic bands like there are at Walt Disney World, and traditionally you needed to present your physical park tickets to redeem your FastPass.

Prior to this trip, I had last visited Disneyland with my family during Christmas 2013.  That was our first time there, it was crowded, and I didn’t really know where any of the FastPass machines were. (Sometimes they aren’t right next to the ride, and if you are not familiar with the park you might have to search around)  So I think we only got one or two FastPasses during that trip.

MaxPass is a new online FastPass reservation system that works through the Disneyland app.  The theory behind it is very similar to the traditional FastPass system, but instead of running to the FastPass machine in the morning to get your Radiator Springs Racers FastPass (which is not located next to the ride, by the way), you can reserve it right on your phone as soon as you go through the turnstiles.

Prior to the trip, I downloaded the Disneyland app, and was happy to see that I could use my MyDisneyExperience ID and password.  When purchasing tickets through the app, you can choose to add MaxPass to the tickets for $10 per person per day.  This fee gets you access to the online reservation system, as well as unlimited PhotoPass digital downloads.  For my family of four, with four days at Disneyland, this was an additional cost of $160.  Knowing that PhotoPass by itself would be around $70 for the trip, we decided it was worth the extra $90 for the MaxPass.  My husband purchased the tickets ahead of time on his phone for all four of us, and I noticed they did not appear on my phone.  I had to manually add the codes for the tickets onto my phone, which was kind of a pain, but only took a few minutes.

Once we arrived at the park entrance, we showed our virtual park tickets to the cast member and were given physical tickets as well. We were also advised to hang on to the physical tickets because we would need them. This confused us at first, since we figured we would be using the app for our MaxPass FastPass reservation and redemption.  And for the most part we did, except in areas where reception was spotty, or the app was slow to load, which I guess happens just often enough for us to be warned about it.  But with Disney World’s system, the use of magic bands to redeem FastPass eliminates this problem.

Once we got through the turnstiles at Disney’s California Adventure, we attempted to make our first FastPass reservation and realized we had to restart the app so our tickets would show up as scanned.  Similar to the Disney World system, we could choose to make the same FastPass reservation for everyone in our party, or select different ones for different members.  However, unlike Disney World’s system, it’s not possible to choose a specific time. Instead, the app shows all the available FastPasses around the park, including which attractions still have FastPasses available, and what the current return time is.  We knew that our FastPass priority was Guardians of the Galaxy – Mission BREAKOUT and we were able to get one for around 2pm, even though this is a very popular ride and we were entering the park around noon.  In the meantime, we decided to wait in the standby line for Radiator Springs Racers, and while we were in line it was already time to make our next FastPass!  The ability to hold more than one FastPass at a time was great!  At one point we had three FastPasses set up (just like Disney World).  However, we did visit during a relatively low crowd level time (late August) so I suspect it might not always work out that way. Our family’s new favorite ride – we rode it five times!

Soon enough it was time for our Mission Breakout FastPass. We used the app to redeem the FastPass, scanning the barcode for each person.  Throughout our trip, the system generally worked well, but occasionally the app was slow to load, and we had to use our park tickets.

Not having to search for FastPass machines:   I was able to check availability of a FastPass for an attraction across the park. Because of MaxPass, my family was able to ride Mission Breakout five times on this four day trip!  I’m sure we couldn’t have done it more than two or three without it.

The ability to hold FastPasses for multiple parks:  Since I had a park hopper ticket, I could make a reservation at Disney’s California Adventure while at Disneyland and vice versa. There was no need to send a “runner” over to the other park to reserve a popular FastPass. In fact, for our last day we were planning to only visit Disneyland, but decided to end the vacation with our favorite ride over at California Adventure with an evening FastPass.  This is one feature I really wish Disney World would add to their FastPass+ system.

Reserving FastPasses while offsite: Once we scanned our park tickets for the day, we could use MaxPass even while we were offsite taking a break at our hotel.

What I Didn’t Love

Not being able to reserve in advance:  While I appreciate that the system simply replicates the paper FastPass system with an online version,  I have gotten really used to scheduling out my three FastPasses before arriving at Disney World and I missing being able to do so.

Reliance on network to reserve and redeem FastPass:  For example, it is impossible to make a FastPass reservation while waiting in line for Indiana Jones Adventure, since there is no reception.  I also really missed my magic bands when redeeming our FastPasses.  It was a bit of a pain to get the phone out every time, and since sometimes it didn’t work we had to use paper passes as a backup. Also, a couple of times it seemed the Matterhorn Bobsleds scanners were down, causing a bit of a backup.

The Matterhorn is a recent addition to the FastPass system, and their FastPass scanners were spotty throughout our trip.

Lack of PhotoPass locations:  I didn’t talk much about PhotoPass in this article, except to say that it was included with MaxPass. My family loves to use PhotoPass in Disney World and we always come home with a ton of digital downloads. In Disneyland it seemed there were fewer photographers, and it was often difficult to find one.  This might also be related to the time of year, but we typically visit Disney World during the same week and there are always plenty there.  Further, while ride photos were included, at the end of each ride I had to visit the picture viewing area and manually type in the code at the top of the picture.  It wasn’t added automatically like it would be in Disney World with a magic band.

Overall, I was really happy with my family’s MaxPass experience. It enabled us to go on a lot of attractions, and helped us survive a couple of 100 degree days in Southern California.  I know we would not have ridden as many attractions without it, including our two favorites (Mission Breakout and Radiator Springs Racers) multiple times. I do think it was worth the extra money for our family vacation.  While Disney World’s FastPass reservation system is included with admission, the flexibility of Disneyland’s MaxPass and the inclusion of PhotoPass made this a good value for our family, and I highly recommend it!

So, what do you think about Disneyland’s new MaxPass system? Have you tried it? Do you think it’s worth the extra cost?