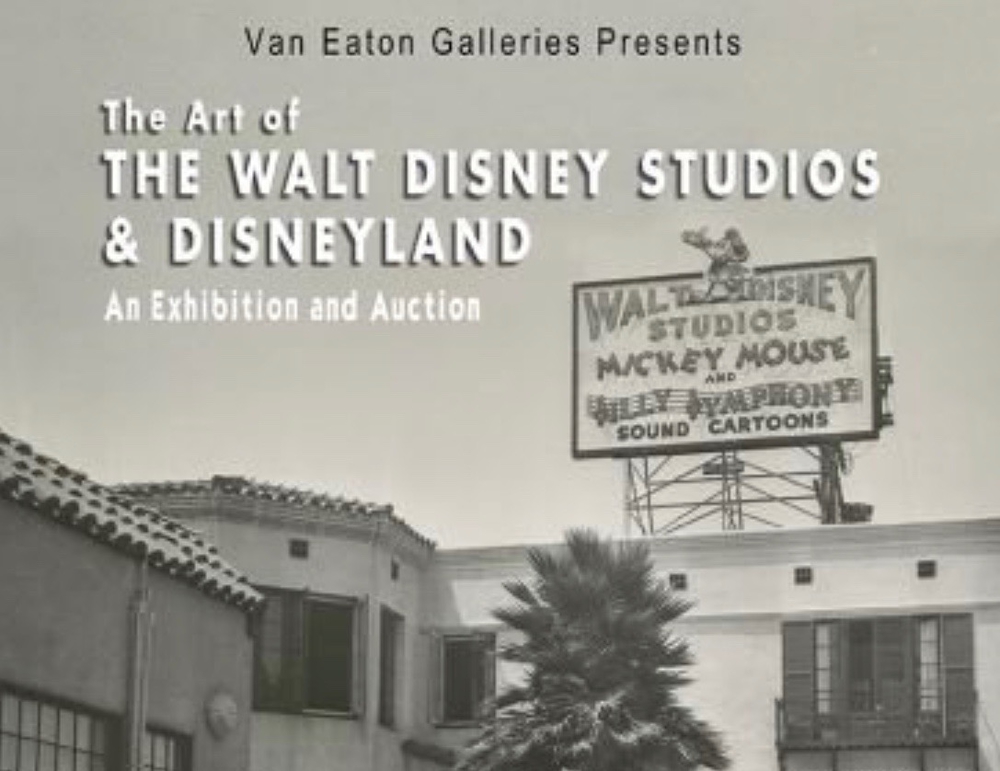 Known as one of the go-to auction houses for Disney memorabilia, the Van Eaton Galleries in Sherman Oaks, California will be exhibiting and auctioning an amazing collection of artifacts celebrating 100 years of The Walt Disney Studios and Disneyland. In addition, there will be an impressive lot of Star Wars collectibles.

Starting now through August 31, fans and prospective bidders can view the entire collection in a free exhibit at the Van Eaton Galleries. Exhibition hours are Tuesday through Saturday from 10:00 a.m. to 6:00 p.m. and Sunday from Noon until 4:00 p.m. (Note: the gallery will be closed on Sunday, August 25, 2019).

Highlights of this auction include the cement handprints of 17 of the greatest artists and animators in the history of The Walt Disney Studios. Many of these individuals are Disney Legends including four of Walt Disney’s Nine Old Men: Marc Davis, Ward Kimball, Ollie Johnston, and Frank Thomas. These cement handprints were created between 1993 and 1994 as a way to honor the legacy and talent of these individuals, and the handprints were once displayed at the 3rd St Promenade in Santa Monica, California.

Additionally, this auction includes original drawings and cels from some of the greatest Walt Disney cartoons and feature films ever made. These include original production drawings from the first Mickey Mouse cartoon “Plane Crazy” and films such as Lady and the Tramp and Peter Pan, as well as original cels from Snow White and the Seven Dwarfs, Ferdinand the Bull, Sleeping Beauty, The Sword in the Stone, and many others.

In honor of the 50th anniversary of Disneyland’s Haunted Mansion, this auction also features a collection of incredibly rare Haunted Mansion memorabilia, props, concept art, and other artifacts from the history of the iconic attraction.

Lastly, with the recent debut of Star Wars: Galaxy’s Edge at Disneyland and at Walt Disney World on August 29, this auction also contains a section honoring Star Wars. Items up for auction take a look back at the original trilogy of films with incredibly rare posters, signage, and other memorabilia that would be a fantastic addition to the collection of any Star Wars or Disney fan.

Fans can bid on these items either in person, online, phone, or as an absentee bidder. To register as a bidder, click here.

In addition, for anyone attending this year’s D23 Expo, Van Eaton Galleries will have an exhibit booth offering a few surprise photo-ops with some rare Disneyland props.