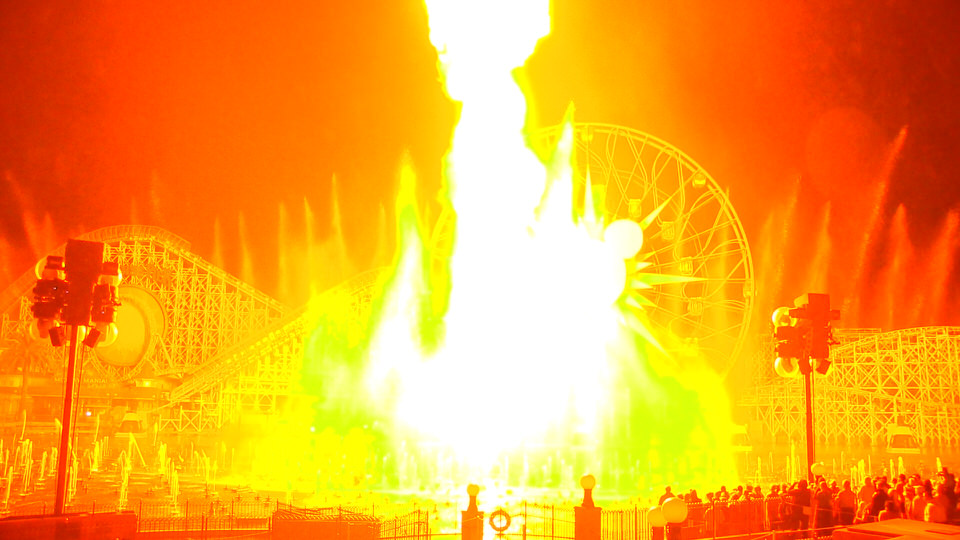 ShareTweetSubscribe
For their 60th Anniversary, Disneyland is pulling out all of the stops and making their nighttime entertainment bigger and better than ever before. Over at Disney California Adventure, 'World of Color' has received technological upgrades and a brand new show - 'World of Color - Celebrate! The Wonderful World of Walt Disney' hosted by award-winning actor Neil Patrick Harris and the one and only Mickey Mouse! 'World of Color - Celebrate' celebrates the life and legacy of Walt Disney from the creation of Mickey Mouse all the way through Disneyland Park. Although 'World of Color' has never looked better than it does now, 'Celebrate' lacks a lot of the emotion present in the original show. That doesn't mean the show is bad, but it definitely has a different feel than the original or even 'World of Color - Winter Dreams'. Neil Patrick Harris does a great job hosting the show along with Mickey, but Harris is in the show so much it almost feels like they brought him in to try to carry the entire thing, which will inevitably lead to criticism that Harris should've had a more diminished role. In terms of the new segments, Disney completely knocked it out of the park. Star Wars fans are going to lose their minds during the Star Tours/The Force Awakens segment that includes the new and mind-blowing fire effect that shoots flames 3 times higher than ever before. One of the most emotional aspects of the show is the first segment featuring Mickey. It starts by showing our favorite mouse in "Steamboat Willie" and other classic black and white shorts before moving into the living color shorts and one of his greatest appearances ever as the Sorcerer's Apprentice in Fantasia. Disneyland gets a lot of the love it deserves for its 60th Anniversary with the attractions tribute that places host Neil Patrick Harris into musical segments of The Enchanted Tiki Room, Splash Mountain, Cars Land/Radiator Springs Racers, Pirates of the Caribbean, The Haunted Mansion, it's a small world and Star Tours. The tribute starts appropriately with Walt Disney's Dedication of Disneyland and sets the tone perfectly for everything to come. The weakest of the segments is definitely the animation portion. After a great montage of classic clips starting with Snow White and the Seven Dwarfs, 'World of Color - Celebrate' moves straight into "Let It Go" from Frozen, which feels completely out of place in this show and slows the pace. The segment, which first debuted at 'World of Color - Winter Dreams', follows suit with the show and looks better than ever, especially with the new smoke effects added, but leaving it out would've felt more appropriate in regards to the rest of the show. Overall, 'World of Color - Celebrate! The Wonderful World of Walt Disney' is best when it is doing what the title suggests - celebrating Walt Disney. Look around at the people near you during the sequences that include clips of Walt Disney speaking and you'll see some tears for sure. 'World of Color - Celebrate' may not be what any one expected, but it pays tribute to Walt and Mickey in a befitting way and will be a huge hit this year during Disneyland's 60th Anniversary.