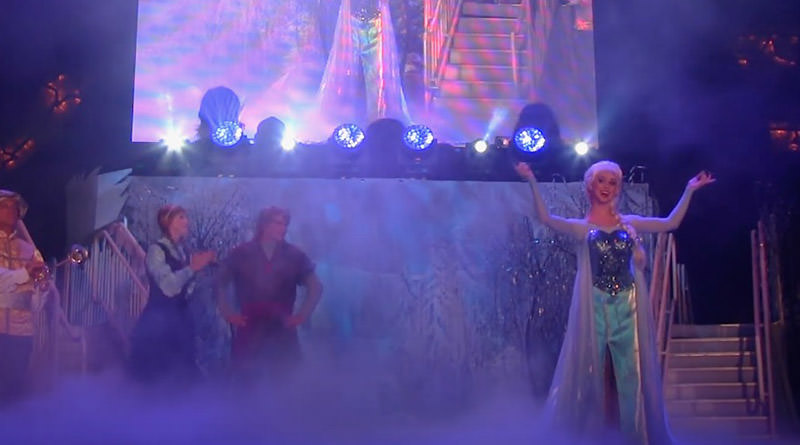 Today on the DIS Unplugged, we released our latest episode of The Best & Worst of Walt Disney World and this week’s topic was the WORST MOMENTS of Walt Disney World attractions. I personally believe this was a fun episode, because we chose a lot of moments that are subpar from our favorite attractions proving that nothing at Disney is sacred and perfect. Also, this episode gave me a couple moments to completely lose my mind and look foolish and there’s nothing I love more than that.

Today on the DIS, I put up another throwback Halloween Horror Nights video. This time, we traveled to the forgotten year of 2016 when the event was going through Halloween Horror Nights 26. There were some fantastic houses that year, including Krampus and The Exorcist, but today’s video is Ghost Town: The Curse of Lightning Gulch. A person reached out to me on Twitter (sorry I forgot your name!) and asked if I could post it, because there wasn’t any readily available on YouTube, so that’s the only reasoning behind choosing it. It was my first HHN shooting with the Sony A7Sii, so the resulting video makes me squeamish. The ISO was off the charts and I chose to manually focus resulting in A LOT of out of focus shots, but you still get a good idea of the vibe of the house.

Today, I’m not going outside of our YouTube videos, because I revisited a video that I completely forgot about. Back in 2014, Walt Disney World had a Frozen Summer event that included Frozen fireworks at night with a show involved. As I was looking for a fireworks videos for an upcoming Fireworks Friday stream, I stumbled on those fireworks and my memory was completely refreshed. The show portions are pretty bad, in my opinion, but the fireworks show is solid like most of the shows were at Disney’s Hollywood Studios before they started stripping away as much pyro as possible.