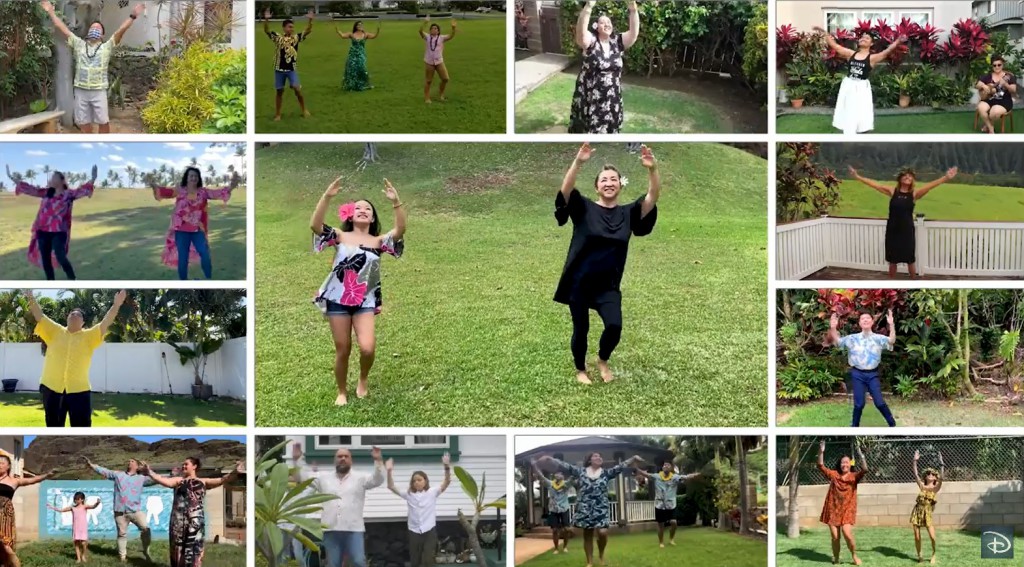 While Aulani, A Disney Resort & Spa, is still closed, Cast Members wanted to get together virtually to share a special tradition with their guests and Disney Vacation Club members, the Aulani Hula.

The dance, which is simple enough for the entire family, was choreographed by Kumu Hula Kaleo Trinidad to music by award-winning Hawaiian singer/songwriter Aaron J. Sala.

Normally guests can learn the Aulani Hula during their stay and see it performed during the KA WA’A Lu’au, but for now, practice along with Cast Members and families in this video taken from their homes.