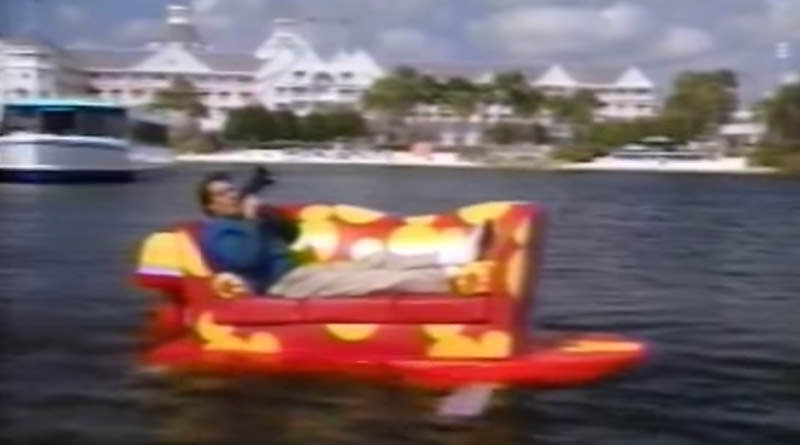 If you're anything like me then you're probably starting to lose your mind being stuck at home so much during this period of self-isolation. I have plenty of work to keep me occupied and I've been spending a lot of time reading, walking my dogs, and ingesting as much media as I can possibly consume without my brain going to mush. A lot of what I've been watching has been on Disney+, Hulu, Netflix, and other streaming services, but I've also been scouring YouTube for entertainment. There's plenty - trust me.

If you don't actually know who I am, my name is Craig and I'm the Producer of the DIS Unplugged and Multimedia Content for the DIS. I'm going to use this as a daily update to not only let you know what videos we have available on our channel, but also to provide some insight into what I'm watching that isn't on our channels. If you're not subscribed to The DIS or DIS Unplugged on YouTube, please make sure to do so for the latest Disney videos!

Today on the DIS Unplugged, Fiasco went solo for The Disney Dining Show by presenting that show's first Tier List episode about Classic Disney Snacks. Tier Lists were very popular on YouTube before we did our first one in 2019 as part of our Give Kids the World 12 Hour Marathon Show. You can expect a lot more of this style in the future, but you'll probably see many tweaks and adjustments along the way.

Today on the DIS, I dug back into my Disneyland Paris archives and found an okay video of their 25th Anniversary Disney Stars on Parade daytime parade. I visited Disneyland Paris in May/June 2018 as invited media for their inaugural Disney FanDaze event and I had two days in the parks that were pretty non-stop. They put together a handful of experiences for us including a lunch at Walt's and reserved parade viewing. I underestimated the crowds for the parade and got to our reserved spot pretty late so I had to hold the camera over heads, which is why it's so shaky, but it got the job done.

I know videos from Disneyland Paris, especially those that are nearly 2 years old probably aren't very exciting for a lot of people, but you're going to end up seeing a bit more of them in the next coming weeks! I was so busy during the event and as soon as I got home and I just didn't have time to edit most of what I actually shot besides throwing together a travel diary that was essentially overviews of everything I had a chance to see. I intended to vlog every second, but I was running around so quickly I ended up only remembering to film myself at the beginning and end of each day. If you're interested in the highlights, you can watch the video below from our DIS Unplugged channel!

Growing up in the 1990s seemed pretty lame at the time, but it was actually a pretty amazing time in retrospect. I was definitely a child raised on television and if I wasn't watching a tape then chances are I was watching either Disney Channel or Nickelodeon. One of the series I loved on Disney Channel that some might remember is Walt Disney World Inside Out and that's what I'm choosing to showcase today!

Now we have official live streams from Disney that bring the magic to many at home, but beyond that we also have many sites like the DIS and countless others on YouTube that almost make these Disney specific produced series less necessary, because we can bring the magic to you just as easy as Disney can without some of the fake feeling to it that others would call magic. Still, just like the annual Christmas Day special, it's impossible not to watch these long commercials despite how bad they may be sometimes. To me, Walt Disney World Inside Out will never be bad.

Welp, that's it for today's picks. I don't think I gave you too much homework to do and if I didn't give you enough then the good news is tomorrow is just a day away. Happy watching!