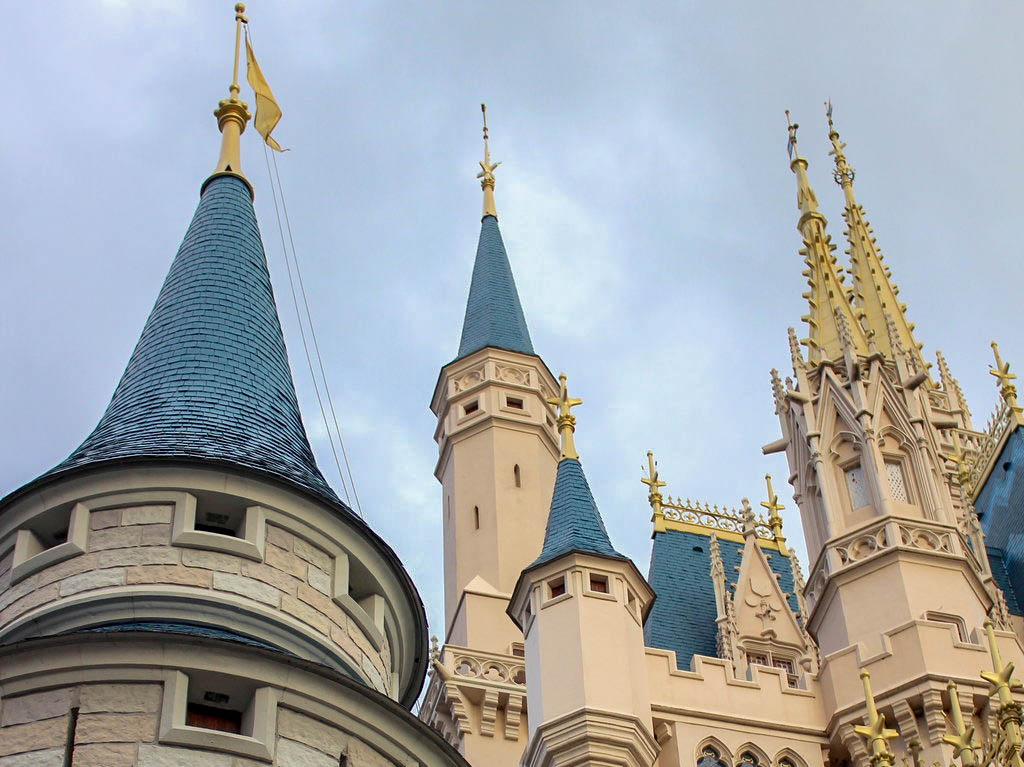 Traveling to Walt Disney World during major school breaks like Christmas and Easter used to be unthinkable to me. Whenever friends asked if I’d be interested in going to Magic Kingdom for spring break, I foolishly replied, “No way.”

What a mistake. Last year, I had the opportunity to vicariously (through texts and posts) take a spring break trip to Disney with some friends. This was an impromptu trip, planned literally less than a few hours before arriving on property. It was a fantastic vacation, and it taught me a valuable lesson. A good vacation can be had at Disney any time of year if you are willing to enter with an open mind.

Each year, as spring break approaches (generally the weeks before and after Easter) you may feel that it’s too late to plan a Disney trip. I am here to tell you that it is possible based on the experiences my friends had last year.  Here’s a recap of where they stayed and what they accomplished with very little planning.

(Disclaimer: I should add that this trip was not cheap. However, the family did choose to stay in a moderate resort for most of their stay, when typically they take advantage of discounts for deluxe resort accommodations when they travel to Disney.)

Saturday, April 8, 2017 — Thunderstorms in Atlanta caused Delta Airlines to cancel hundreds of flights. Clive and Juliana (not their real names) were packing to leave Sanibel Island. They had just spent a week soaking up the sun with their two elementary-school-age daughters.

Around 10 a.m., they received news that their flight was cancelled.  Even worse, only flights with multiple connections were available over the next three days.

Clive — a quick-thinking dad — asked Delta, “Can you get us on a direct flight on Wednesday?” Delta said yes and Clive announced, “We’re going to Disney.” He had no reservations — only faith that it would all work out. Juliana, armed with a cell phone, was not so sure.

Back home in Michigan, I received a text from Juliana telling me she’s stuck in Florida and needs Disney advice. She was literally in the car driving to Walt Disney World. Clive had another friend looking for hotel availability online. He found a partial availability at the French Quarter. I knew the family would love the French Quarter pool, beignets, and boat transportation to the new Disney Springs, so I told her to grab it.

Her next text asked if they should purchase the Disney Dining Plan. Knowing her family eats light, my opinion was to skip it.

Her last text tossed out a tough question, “We’ve never been to Epcot, should we choose the Frozen or Soarin’ FastPass?” Her girls are big Anna and Elsa fans, but I just couldn’t recommend Frozen Ever After over Soarin’. Would you? So, in the car on the way to Orlando, Juliana booked a split stay (the French Quarter for three nights and the Beach Club for one night), bought park passes, made dining reservations, and secured FastPasses all in the span of a few hours.

Sunday morning, Juliana took advantage of the Extra Magic Hours and had her family at rope drop for Hollywood Studios. They did not have FastPasses, but went straight to Tower of Terror and got on with very little wait. They skipped the 45-minute wait for Rock ‘n’ Roller Coaster, mainly because they weren’t sure the girls were ready for it. Instead they went on The Great Movie Ride (now closed) for the first time and loved it. They were also able to check out the Disney Junior show, Star Tours, and the light scattering of other open attractions. By lunchtime they had done everything except the roller coaster and Toy Story Mania. They decided to return to the French Quarter and enjoy the awesome pool (love that King Triton slide) and an afternoon nap.

For dinner, they went to Artist Point, which Juliana booked a reservation for the day before. Then they headed to Magic Kingdom for the fireworks and a few rides.

On Monday, the family walked into the Magic Kingdom at 6:46 a.m., again taking advantage of the early morning Magic Hours. Juliana went bag-less to speed up the entrance process, and was able to see Snow White, ride Peter Pan’s Flight, and grab coffees at Starbucks — all before the opening ceremony. She lucked into FastPasses for Seven Dwarfs Mine Train (unbelievable, but possible if you happen to be searching for FastPasses at the same moment someone is cancelling them). By 10:30 a.m. Juliana texted that they had done all they had set out to do with hardly any waits. They rode the Mine Train, Space Mountain, Under the Sea, “it’s a small world”, Dumbo, and met a lot of princesses. The park was beginning to feel crowded, so they hopped on the bus to Disney Springs for lunch and shopping. They returned to French Quarter for swimming and rest, then traveled to Animal Kingdom for the Kilimanjaro Safaris and Rivers of Light. (When I asked Juliana what she thought of Animal Kingdom’s nighttime entertainment, her polite response was, “It was interesting.”)

Because the French Quarter was only partially available for their stay, the family had to move to the Beach Club for their last night. Bell service at the French Quarter took care of moving all their luggage, although Juliana wisely brought a bag of essentials and swimsuits with her because the luggage transfer wasn’t guaranteed until 4 p.m.

The family spent their last day at Epcot. They waited only 30 minutes for Test Track and used their Soarin’ FastPass. They created their own version of The Amazing Race, which they played throughout World Showcase as they enjoyed an awesome morning as a family. Unfortunately, Frozen Ever After wasn’t in the cards; the line was just too long for a standby wait. But that did not dampen their spirits one bit, and Juliana felt her discovery of the Schofferhofer Hefeweizen Grapefruit Beer in the Germany Pavilion compensated nicely for the loss.

Upon returning to the Beach Club for a swim and lunch, the family was surprised to discover not only was their room ready, but they had been upgraded to the concierge level. Juliana said the concierge snack spread was outstanding, and they didn’t even need lunch that day. There were plentiful munchies and soft drinks during the day; drinks and light appetizers at happy hour; champagne, coffee and desserts in the evening; and a full continental breakfast in the morning.

Wednesday came faster than expected and Clive, Juliana, and the girls easily caught their direct flight back home.

For me, it was a blast to be included on this journey via photos and messages. Juliana wisely took advantage of Extra Magic Hours, checked and rechecked for FastPasses and dining reservations, and didn’t dwell on the experiences her family didn’t get to have.

It’s clearly not the size of the crowds that make or break a vacation, it’s the traveler’s attitude. Juliana went in open to enjoy whatever opportunity came her family’s way. And in the end, all was well.

And what will I say the next time Clive and Juliana suggest a Disney spring break? A definitive, “Yes!”


RELATED POSTS:
Notice: Undefined offset: 2 in \\172.16.100.80\FS\wwwroot\disneyinfo\wp-content\themes\blankslate\single.php on line 66 Notice: Trying to get property of non-object in \\172.16.100.80\FS\wwwroot\disneyinfo\wp-content\themes\blankslate\single.php on line 66
LATEST HEADLINES