Don’t Ever Let Anyone Dull Your Sparkle 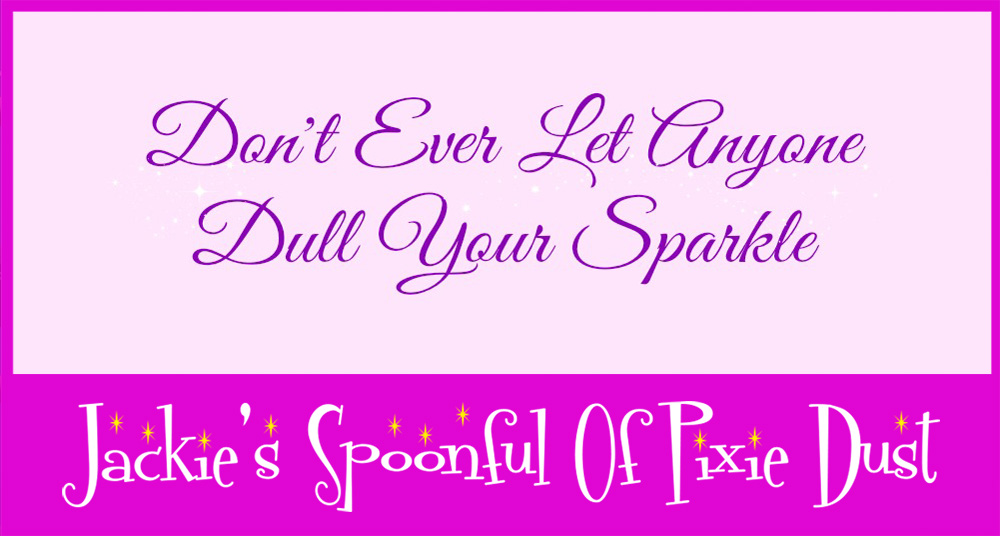 Sometimes, being a Disney fan is hard. Wow – I don’t think I ever thought in a million years that I would say those words, but alas, here we are. I am an unapologetic Disney fan and have been ever since I first took my children to Disneyland way back in 2003. The way their eyes lit up as they looked around made my heart sing in ways it never had before. As the years have gone by, their eyes don’t sparkle in quite the same way as they used to when they were little, but they still do; just in a different way. My eyes are now the ones that do the sparkling most of the time. Whenever something new is announced for the Disney theme parks, I get excited about it. I have faith that Disney will do a fabulous job on whatever it is because isn’t that what we do as humans? We believe in things until we don’t – at least until they disappoint us or let us down? Some folks may find that annoying; I’m okay with that.

As we become adults who have jobs, I feel like our appreciation for the theme parks changes a bit as we start to realize how much work goes into what I like to refer to as making/building the magic. Behind every project, there is a team of passionate people making things happen and whether or not we think the initial idea is amazing, the work presses on behind the scenes. The one thing that always remains true is that there is a lot of discussion surrounding whatever the new project is. And that discussion continues on throughout the opening of the said attraction, show, parade, a new form of transportation, or whatever the case may be and it seems to me that Disney fans are some of the most critical people I’ve ever come across.

While I feel that differences in opinion about things we’re passionate about make for great conversation, not everyone feels that way and I don’t get it. For example, I was pretty bummed out when Mickey and Minnie’s houses were removed from Magic Kingdom years ago. I like Storybook Circus and I think it’s pretty cute, but it’s definitely not the same for me as being able to walk through those adorable houses. Some folks were glad to see them go in favor of something new and I’m okay with their opinions.

I remember when Disney announced that the Great Movie Ride was being replaced with what is now Mickey and Minnie’s Runaway Railway and the people of the internet lost their collective minds. I was sitting here – just watching and reminiscing about the handful of times I’d ridden that attraction and enjoyed it so much. While there was a slight bit of disappointment at the iconic attraction’s departure, I was genuinely excited about what was to come. Now, here’s the thing that gets hard, in my case, anyway. While most people who know me realize that I always try my hardest to pick out the positive in every situation, folks who don’t know me very well might scratch their heads and wonder if I’m really being honest about how I feel. So, I thought I’d share the Facebook live that Deni and I recorded after our first ride on Mickey and Minnie’s Runaway Railway – nothing fake about that smile!!

Life is way too short to get all worked up at people who, for example, said they thought the Disney Skyliner was a fantastic plan from the get-go even though you hated it from the start. It’s okay. We’re all grown-ups and we’re allowed to disagree without getting our noses bent out of shape. If we all enjoyed the exact same things, the world would be rather boring, don’t ya think? It’s sad to me when I see so many people judging each other and holding grudges for these kinds of things.

Lately, it seems as though our entire world as we know it has been turned upside down with all of this Coronavirus (COVID-19) hysteria, and while we all know that everyone is entitled to their own opinions, there sure are a lot of them right now and people are really being ugly to each other in some cases. I often see the same behavior amongst Disney fans – whether or not we’re in the middle of a global pandemic. Seeing that behavior makes me cringe a little because, as grown-ups, we surely know by now that each person looks at things differently and has different opinions about each and every little thing. So, why can’t we just accept that fact and know that we’ve all got a certain number of vacation dollars to use however we want and if we choose to believe wholeheartedly in everything the company we choose does, why isn’t that okay? We’re not being fake or dishonest about it, we just happen to love the company because it introduced magic into our lives when we went on our first vacation to their theme parks.

Today, I challenge you to find that spoonful of Pixie Dust in whatever it is you choose to love and run with it. FAST!