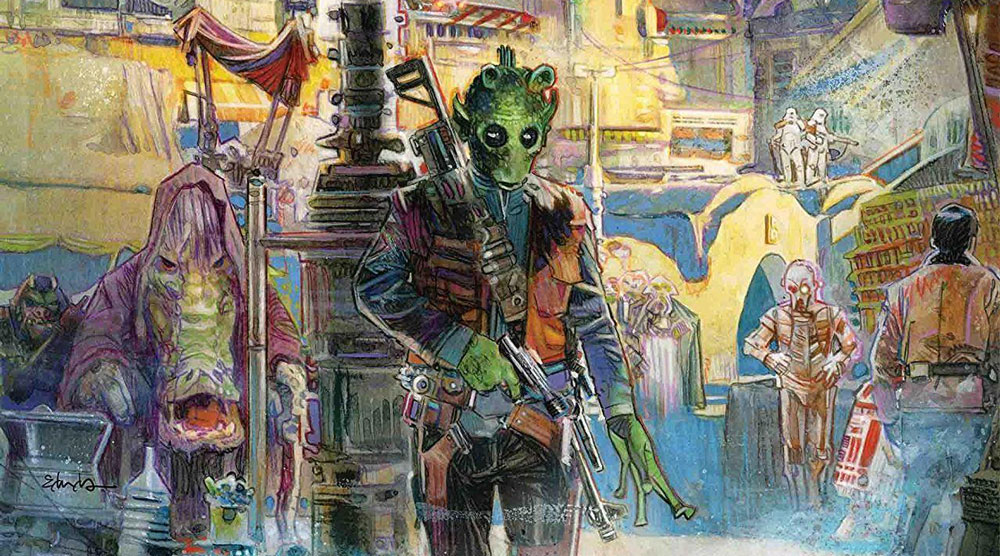 This is not another article focusing on how to prep for Star Wars: Galaxy’s Edge in a typical theme park fashion. We won’t be discussing that you should get to the park two hours before opening to get lined up (though you really should). Instead we’re going to discuss how you can take a deep dive into the details of the land before ever setting foot in the park.

This is possible through a handful of books and comics that Disney is releasing in the lead-up to the opening of Galaxy’s Edge. 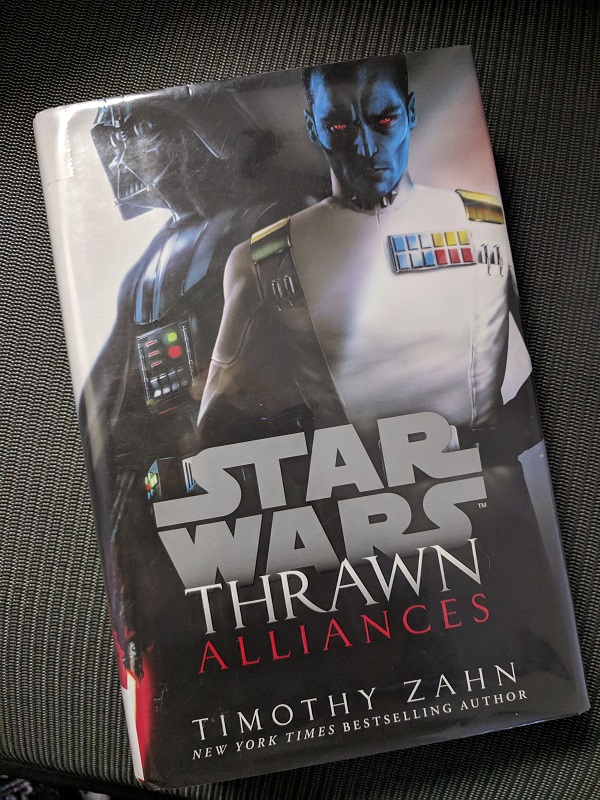 Thrawn: Alliances time jumps between a pre-New Hope Darth Vader and Grand Admiral Thrawn to Anakin, Padme and Thrawn in between Attack of the Clones and Revenge of the Sith. Not only do we get to see a young Thrawn and Anakin interact, but we also get a glimpse of the planet Batuu and the Black Spire outpost!

Anakin, Thrawn and Padme spend a decent bit of time at Black Spire Outpost. We discover that many of Batuu’s newer buildings are built among ancient ruins and ancient petrified trees.

They also visit the cantina, where Padme has an Andoan White, which you yourself can sample at Oga’s Cantina once Galaxy’s Edge opens. 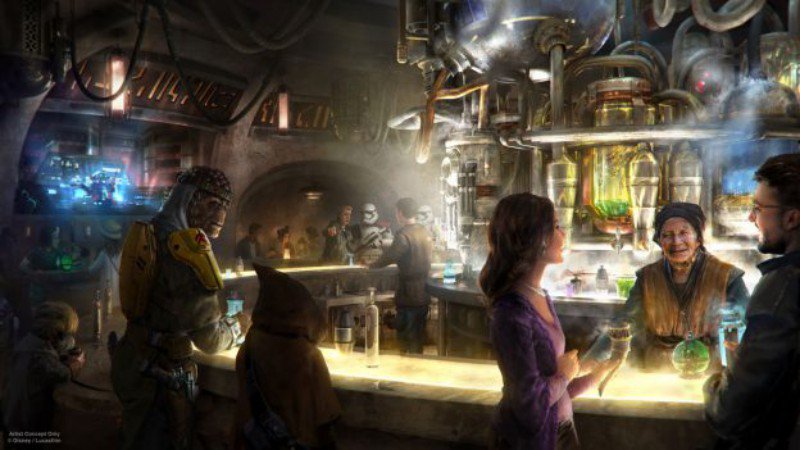 2. Debuting at the end of April, Marvel will be releasing a Galaxy’s Edge comic miniseries. Written by Old Hawkeye author Ethan Sacks with art by Will Sliney (Solo: A Star Wars Story). We’ll follow along with the adventures of the Ithorian Dok-Ondar, a rare antiquities dealer. Look out for lots of surprises in this 5 episode series. We might even see an appearance from Han Solo and Chewbacca! 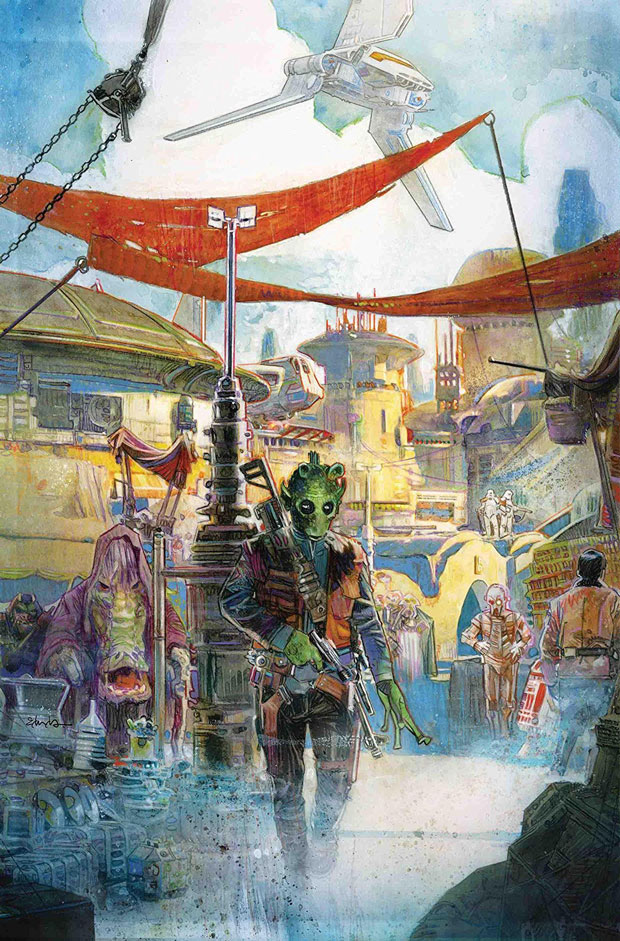 3. I’m the most excited about this next offering: Black Spire. In this novel by Delilah S. Dawson (who previously penned Star Wars: Phasma in the Star Wars universe), General Leia dispatches her best spy to search for allies for the Resistance on Batuu. The release date is set for September 3, 2019. 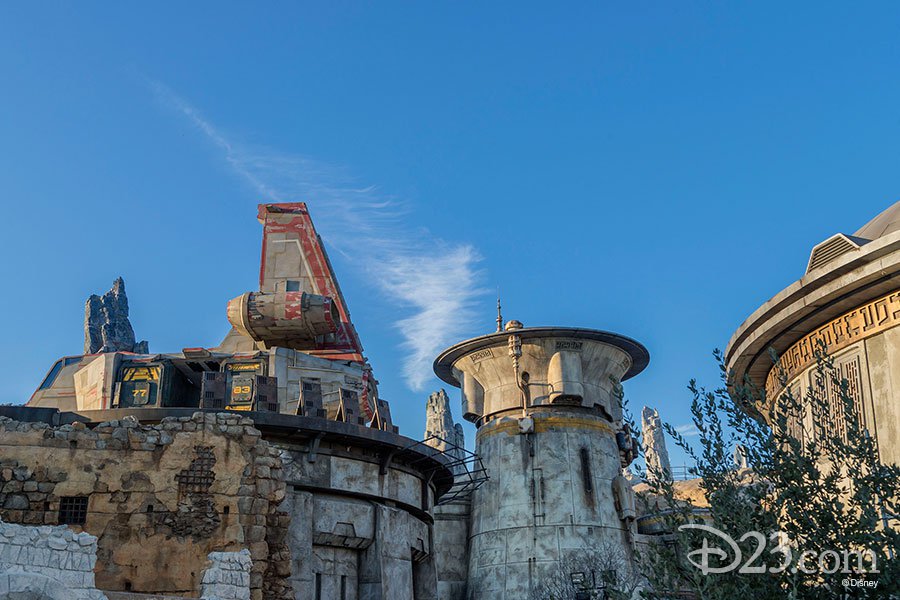 4. If you have young padawan learners in your household, never fear, they can get in on the action as well with A Crash of Fate, a young adult novel by Zoraida Cordova. Two young friends are unsure of their relationship. They have to figure it out quickly since they soon have to flee vengeful smugglers and an angry pirate. Look for this book to hit the shelves on August 6, 2019.

5. Another option for kids of all ages is Star Wars: Myths and Fables by George Mann. This collection of short stories features two adventures that take place on the planet Batuu. The collection will be available on August 6, 2019. 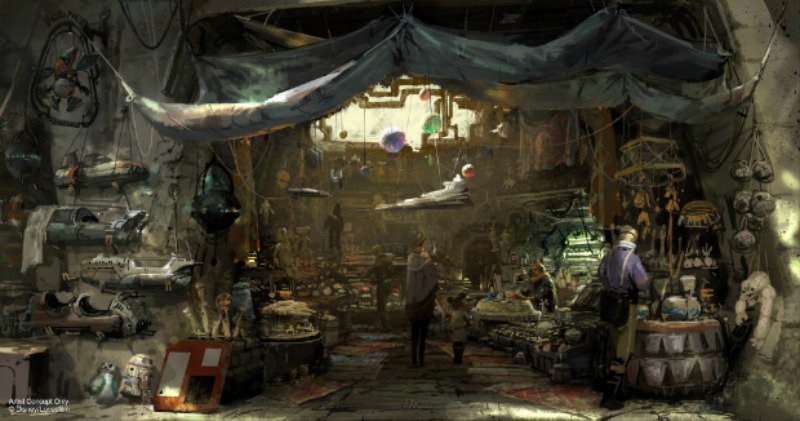 There you have it! Plenty of options to sate your thirst for everything Batuu and Black Spire. Which ones will you pick up?

*Star Wars Galaxy’s Edge open at the Disneyland Resort on May 31st and at the Walt Disney World Resort on August 29th.