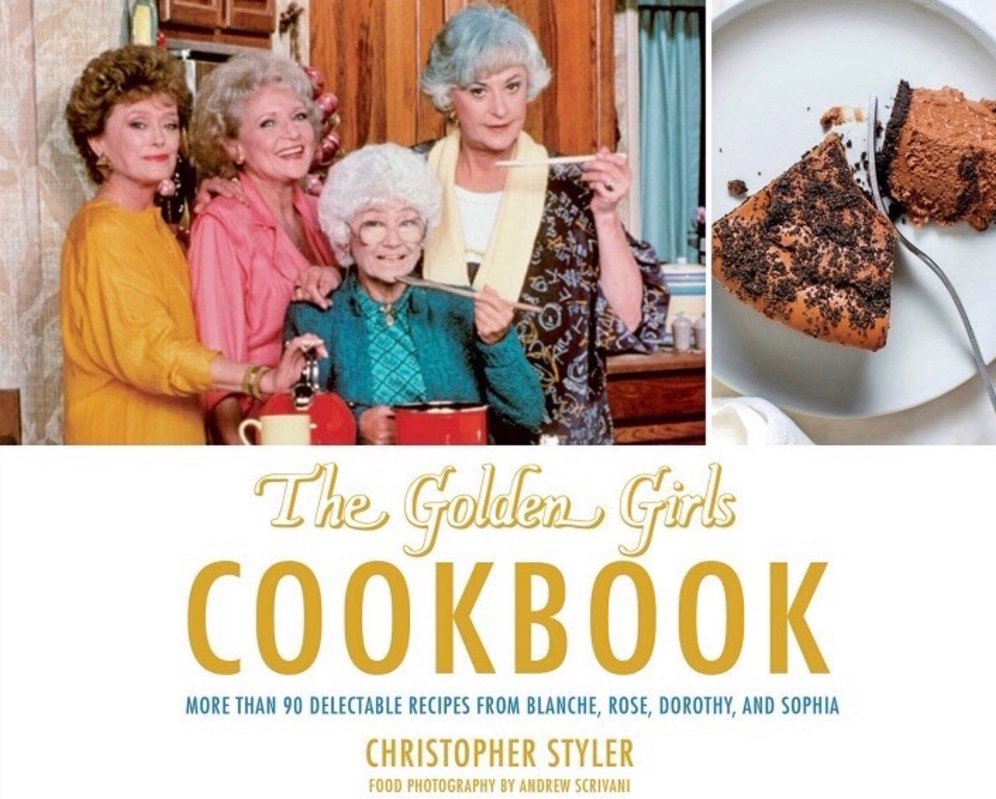 Picture it: Monday, September 14th, 2020. The 35th anniversary of the debut of NBC’s The Golden Girls.

The groundbreaking show, which debuted in 1985 and ran for seven seasons, featured four older women sharing a home and their lives in Miami, Florida.

Even though the show has been off the air for 28 years, it is still incredibly popular through reruns, Halloween costumes, novelty items, books, and a now closed New York City cafe.

The kitchen (and the food) was easily the fifth character in the show. Those four women celebrated with food, they reminisced with food, and they solved each other’s problems over food.

Now, Kingswell Publishing, a division of Disney Books, is releasing The Golden Girls Cookbook, with more than 90 recipes representative of Blanche, Dorothy, Rose, and Sophia.

Traditionally, the index of a book is found in the back where recipes are divided into categories such as Breakfast & Brunch, Soups & Salads, Pastas, Mains, etc. In The Golden Girls Cookbook, the index is found in the front of the book and the book’s chapters are based on each of the four ladies.

The cookbook starts with recipes from Dorothy, then moves to Rose, Blanche, and ends with Sophia. Along the way, each recipe features a short introduction about the recipe and usually has a short quip about whatever Golden Girl the chapter is about or a reference from one of the show’s episodes.

The end pages have either illustrated slices of cheesecake for dessert recipes or oversized palm leaves, found in Blanche’s bedroom, for the other dishes.

As an added treat, scattered throughout the book are illustrations of the four ladies’ heads with famous lines from the show.

The cookbook’s recipes were created by chef, teacher, and culinary producer Christopher Styler. Andrew Scrivani provides gorgeous, full color photographs of almost every dish. Scrivani is a New York Times food photographer and author of his own book, That Photo Makes Me Hungry.

Recipes include Jazzed-Up Turkey Meatloaf (a dish Dorothy prepared for her son, Michael, a jazz musician, on one of his visits), Blanche Devereaux Fries Some Chicken, Lindstrom Surprise (a dish from Rose … and yes it does have herring in it), and Linguine with White Clam Sauce, Sunday Gravy, Braciole, and more from Sophia.

Aside from Rose’s unique culinary dishes from St. Olaf and Sophia’s dishes from the Old Country, the most popular food item from that show was cheesecake.

Although the book does have cheesecake recipes, there are technically only two. The third recipe is for Cherry Cheesecake Ice Cream. I just wish there were a few more cheesecake recipes included. However, the two recipes, Mr. Ha Ha’s New York-Style Birthday Mini-Cheesecake Cupcakes and the Double Fudge Chocolate Cheesecake, are easy to make and absolutely delicious.

It is a fun book and makes a great read. Each recipe, which range from the simple to the complex, is fantastic. They are all delicious, easy to make, and are, in every sense of the word, “comfort food.”