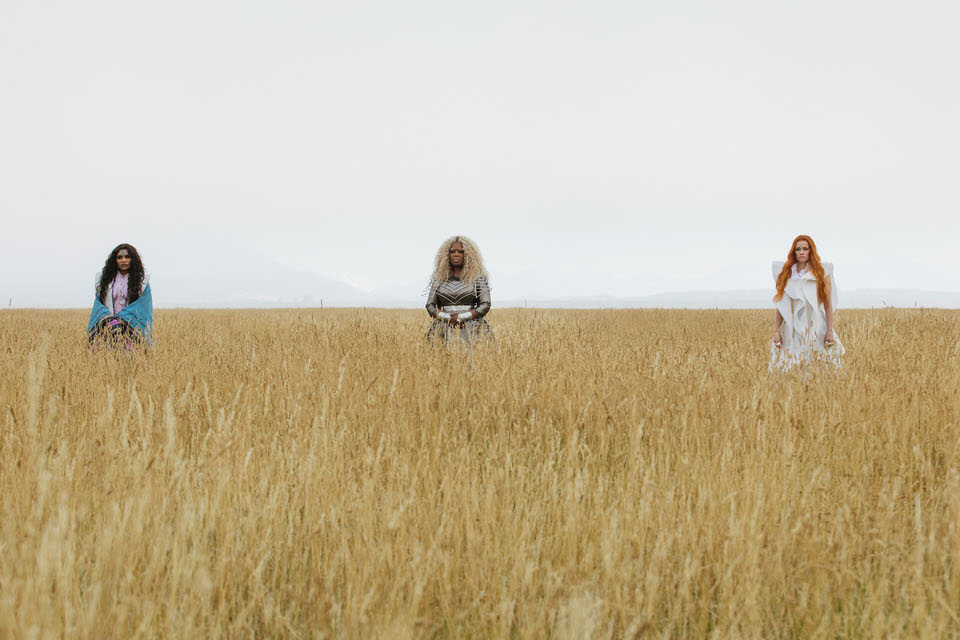 ShareTweetSubscribe
2017 was a great year for Disney with hits like Star Wars: The Last Jedi, Beauty and the Beast, and Coco, and 2018 is off to a promising start thanks to Black Panther. We'll also be seeing Avengers: Infinity War, Solo, and Incredibles 2 this year and all of those movies should bring in a ton of money. Disney isn't going for all guaranteed successes this year.  A Wrinkle in Time is the first movie that will test the studio but should come away as a hit with families. A Wrinkle in Time is based on the 1962 classic by Madeleine L’Engle and is directed by Ava DuVernay (Selma). The film centers around Meg Murry, an intelligent and gifted teen who sets off on a journey with her brother, Charles Wallace, and friend, Calvin, with the help of three otherworldly visitors known as the Mrs. to find Meg's missing father. Meg's father has figured out how to tesser, which is essentially wrinkling time and space to travel through a new dimension and has been captured by the darkness of the universe, also known as The It. The movie is a relatively straightforward adaptation of the book with the exception of a few missing characters and plot points, but fans of the book will easily find the same story that they have grown to love on paper. For those who didn't care for the book, you may actually walk away from this one a bit more pleased. Because of the omissions, the story moves along a lot quicker. If you've never read A Wrinkle in Time, here's what you should expect from the movie. Storm Reid is Meg Murry, Levi Miller is Calvin and Deric McCabe is Charles Wallace Murry in Disney’s A WRINKLE IN TIME.

The acting in A Wrinkle in Time is better than average for what is essentially a family movie. Meg, played by Storm Reid, carries most of the movie on her shoulders and holds up to the challenge. Charles Wallace, played by Deric McCabe, is Meg's younger brother who is also more notably gifted than her and has the potential to be very annoying in his role, but most of the time he is a delight to watch. Calvin, the final member of their trio played by Levi Miller, is mostly just along for the ride. The movie received a lot of attention for the casting of Mrs. Whatsit, Mrs. Who, and Mrs. Which played by Reese Witherspoon, Mindy Kaling, and Oprah Winfrey, respectively, but a lot of the scenes play out better when they aren't even in the picture. That isn't to say that they didn't do a fine job, but only Reese Witherspoon had a chance to shine and she did. Casting Oprah was a smart move, because who is bigger than Oprah, but the decision still seems weird considering Mrs. Which doesn't even have a human form in the book. Obviously, she has a human form in the movie, because you have to put Oprah in the movie, but that is an example of some of the changes made from the page to the screen. Mindy Kaling as Mrs. Who does about all she can to make a character who speaks only in quotes interesting, but it is a pity she wasn't given more opportunities to break through other than a select moment before the climax of the movie. Supporting characters like Chris Pine as Mr. Murry, Michael Pena as Red, and Zach Galifianakis as the Happy Medium round out what is a very impressive cast. Again, the film is much stronger when the focus is just on the children, but it isn't completely awful when they have to share screen time with the adults. Mindy Kaling is Mrs. Who, Levi Miller is Calvin O’Keefe, Oprah Winfrey is Mrs. Which, Zach Galifianakis is the Happy Medium, Storm Reid is Meg Murry, Deric McCabe is Charles Wallace Murry and Reese Witherspoon is Mrs. Whatsit in Disney’s A WRINKLE IN TIME.

A Wrinkle in Time is also a visual treat to watch. The book paints a beautiful picture of these far-off worlds and DuVernay's vision of the worlds is pretty spectacular. These are not realistic places that you would find on Earth and for that reason, the movie is very heavy on CGI. For the most part, the visual effects succeed, but there are a few moments that would've been better left on the cutting room floor. The average moviegoer probably won't notice or care, but if you are the type that is overly tired of CGI then this might not be the movie for you. I did take the time to read the book before seeing the movie and while I wasn't blown away by the book, I also didn't have negative feelings towards it. The story was written for younger audiences and wasn't as fleshed out as I was hoping for, but it was a quick read that never let me lose interest between the length and the interesting subject of traveling through space and time. I am happy to say that the movie was more enjoyable than the book in my opinion, but like the source material, I think this movie will appeal mostly to tweens and younger audiences. That isn't to say that adults won't enjoy A Wrinkle in Time. If anything, I think it is the perfect type of Disney movie where both adults and children will be able to sit in the theater together and enjoy what they are watching. Ultimately, I believe that A Wrinkle in Time has some flaws, but it will definitely find its audience, especially considering there hasn't been a proper family-friendly movie released in a while. However, Disney also has had issues with its CGI heavy films over the past couple years like Alice Through the Looking Glass and The BFG. That being said, A Wrinkle in Time is well directed and features a very diverse and talented cast, and is worth checking out in theaters.
ShareTweetSubscribe