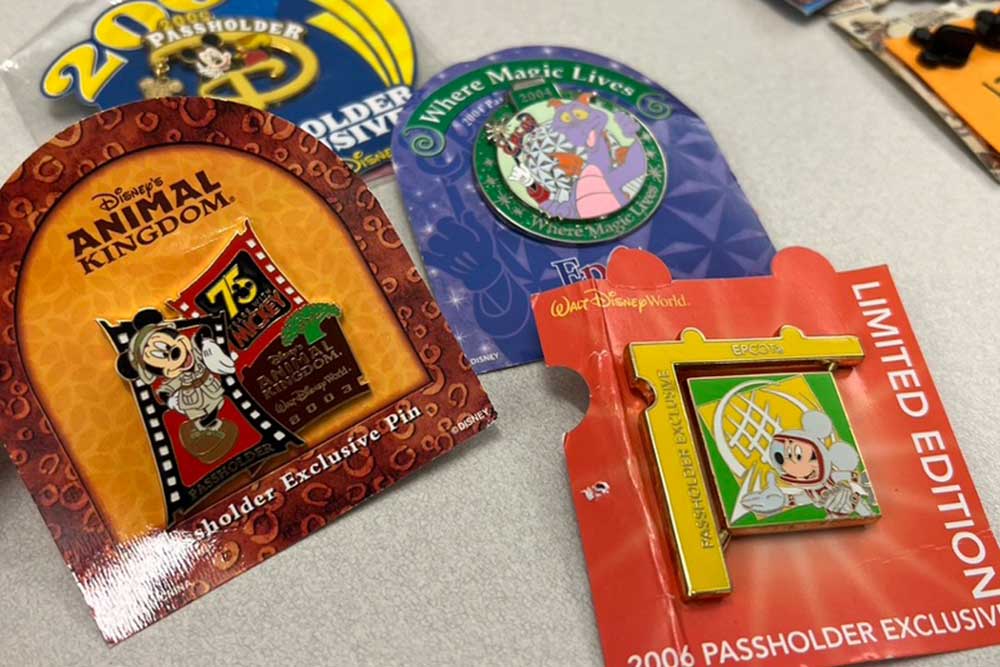 Well, friends, DIS Con is less than two months away now, and a special Disney pin auction to raise money on behalf of Give Kids the World Village has just launched to kick the event off early!

This pin auction includes over 300 Disney pins! Lots of them are vintage with the majority being either limited release or limited edition, including some cast member exclusives. We should note that this particular auction is not part of the big auction that will be going on during DIS Con.

The auction will take place through Bid Pal and will be live from now until Tuesday, August 16th at 10:00 p.m. Eastern.

What a perfect way for those of you who won’t be at the DIS Con event to join in on the fun!

For those who aren’t aware, DIS Con is the new iteration of last year’s DIS Family Reunion. This year’s event takes place September 30 – October 1, 2022, and will be held at Disney’s Coronado Springs Resort.

Also, the schedule for DIS Con has been released!! Click the link for all of the details.

In addition to DIS Con, we are having an After Hours Party in EPCOT on October 1st, which just happens to be the park’s 40th anniversary! The After Hours Party includes the opportunity to ride Guardians of the Galaxy: Cosmic Rewind, Test Track, and Mission: SPACE, all while enjoying special desserts, character meets and greets, and the tunes of the event’s DJ. If you’re interested in attending the party, click here to purchase tickets. Each ticket is $199.99, with $80 of the ticket cost being a direct, tax deductible donation to the Village and you do not need to purchase a DIS Con event ticket in order to attend the party.