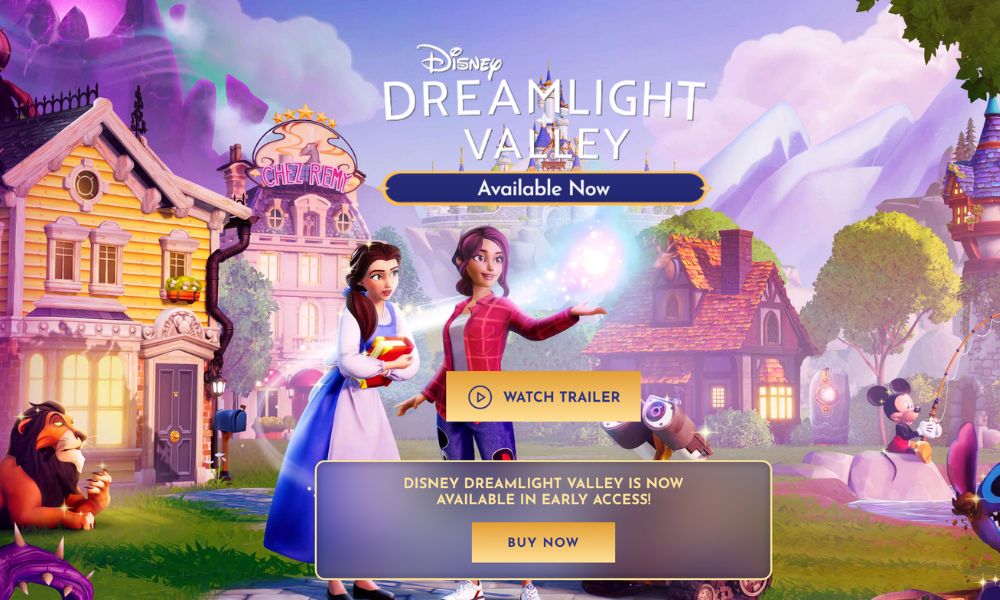 If you are like me, for the last few weeks, you may have heard non-stop about Disney Dreamlight Valley and thinking… what? Well, I thought it was time that I did some digging and let some of you out of our curious darkness, and the short answer is it’s a video game.

I’m not into video games; not by choice, but as a result of my time-poor career as a working Mum of two. If there is any spare time in the day, I’m going to take a shower or enjoy using the restroom without my phone ringing non-stop, not start playing games. However, my younger self was quite fond of The Sims when trying to waste time in my final years of high school, so imagine my delight when I discover that it’s the perfect mix of a life-sim adventure game that meets the world of Disney characters and excitement.

I’m starting to rethink that shower.

Let’s start from the beginning. Disney Dreamlight Valley was released on September 6th for early access and will be available on platforms like Nintendo Switch, Xbox One, Playstation 4 & 5, and others in early 2023. I can’t explain it better than the description I found below, so I’ll let you read that first.

Disney Dreamlight Valley is a hybrid between a life-sim and an adventure game rich with quests, exploration, and engaging activities featuring Disney and Pixar friends, both old and new.

Once an idyllic land, Dreamlight Valley was a place where Disney and Pixar characters lived in harmony—until the Forgetting. Night Thorns grew across the land and severed the wonderful memories tied to this magical place. With nowhere else to go, the hopeless inhabitants of Dreamlight Valley retreated behind locked doors in the Dream Castle.

Now it’s up to you to discover the stories of this world and bring the magic back to Dreamlight Valley!

Players will need to wait until next year for the free-to-play version, as right now, only a paid early access option is available for those who purchase a Founder’s Pack Edition on one of the six platforms currently available (Apple App Store coming soon) or if you have an Xbox Game Pass membership.

I went down the rabbit hole a bit on this one, watching clips on YouTube well into the wee hours of the morning. Before I knew it, I was learning how to unlock Donald and make a virtual in-game salad; I hadn’t even bought the game yet.

I can see this being something that I could easily waste way too much time on, though; it looks pretty fun, which is precisely the type of downtime many of us lack.

Who needs to use the restroom in peace anyway?

My adult self is saying, stop watching these clips and empty the dishwasher, but my 15-year-old inner self is saying buy it now and stay up till sunrise! Have you tried this game? Let me know what you think and if it is worth securing access to this version ahead of the 2023 full release.