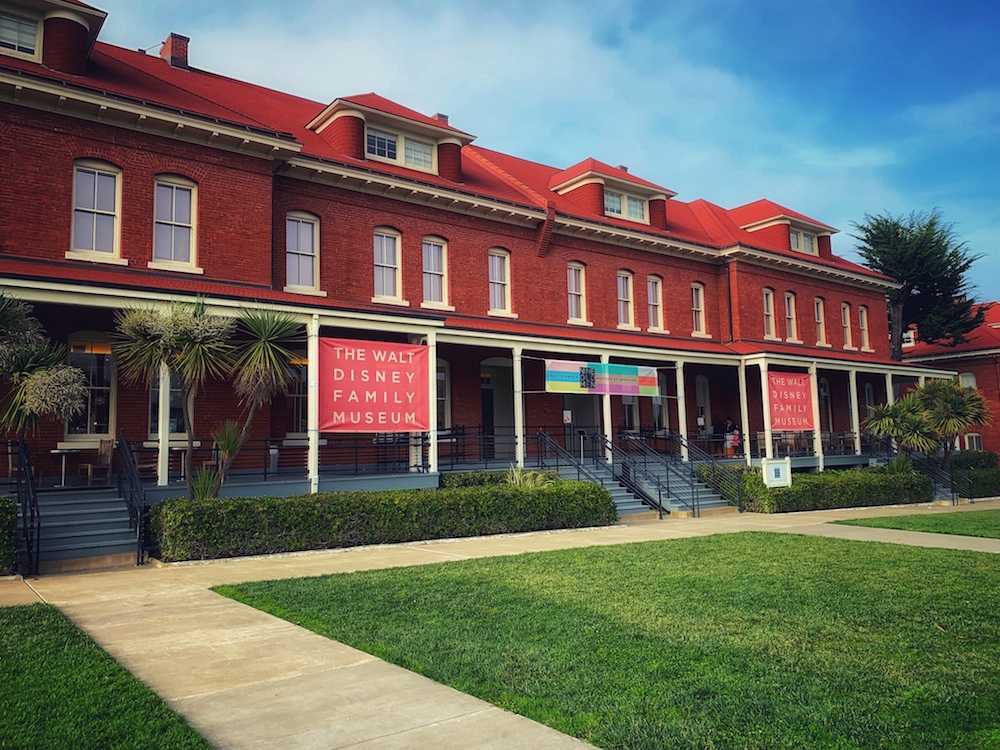 Just days before we strolled down that aesthetically pleasing divide between Disneyland and California Adventure, our family took a few hours out of our short stay in San Francisco to check out the Disney Family Museum located in The Presidio.

The Presidio is a large park area that was once a military post, now turned recreational area for the people of the city. The property is dotted with uniform red brick buildings and beige weatherboard houses. Even though many of the structures have been taken over by businesses, museums and even some providing accommodation and restaurants, that staple military look still holds strong with very few details or identifying features added to each one.

The Disney Family Museum is located right in the middle, distinguishable only by its red banners sporting a very un-Disney-esque standardized font. From the outside, the rest of the building has much of the same sameness about it as the surrounding ones.

As you step through the doors, the first flood of old photographs and notable quotes become visible. The foyer, cafe, and store are all accessible without purchasing tickets. Of course, for most of us, this would never be enough to suffice; however, if one were unable to afford the more-than-expected cost of admission, it would be enough to get your feet wet and feel like you’d tried. 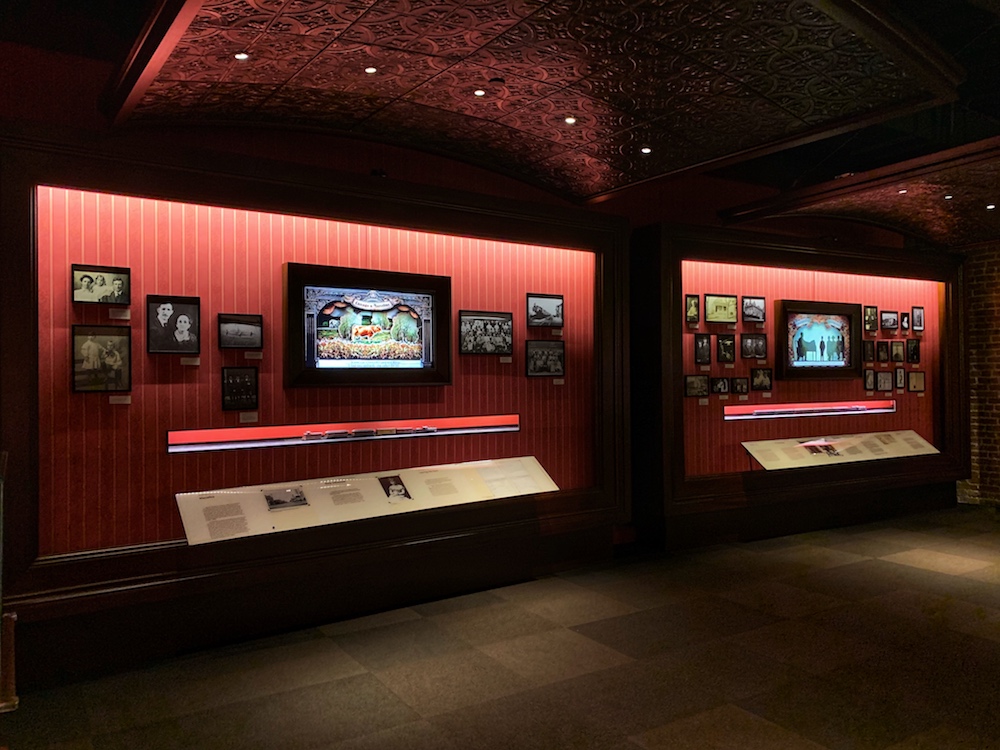 Entry to the museum only, not including the separate exhibition Nine Old Men that was showing when we visited, set me back around $80 US ($112 AUD) for two adults and two children. Given the investment I have made over the years in Disney as a whole, this sort of pricing for a museum-style exhibition surprised me. We pressed on in the interest of curiosity and a desire to be exposed to the genius that was Walt Disney in any way possible.

As you enter the ticketed area of the museum, snippets of audio clips fill the air while screens around the room play everything from interviews with colleagues to video of Walt behind the scenes. While I found many of the exhibition areas interesting there was little that I didn’t already know. Being reminded of the fascinating life Disney lead brought a smile to my face; my children, on the other hand, struggled with the amount of reading required to become engrossed in the story. Not due to ability but more so in being able to piece together the different articles and pieces of the story as they made their way through the different areas.

My youngest was almost nine at the time of our visit and being autistic, Walt Disney has been one of his focus interests since he was just four years old. He loved some of the more interactive areas of the museum where he was able to watch the story unfold but had difficulty connecting with the text-heavy reading passages that told the more specific aspects of Walt’s life. 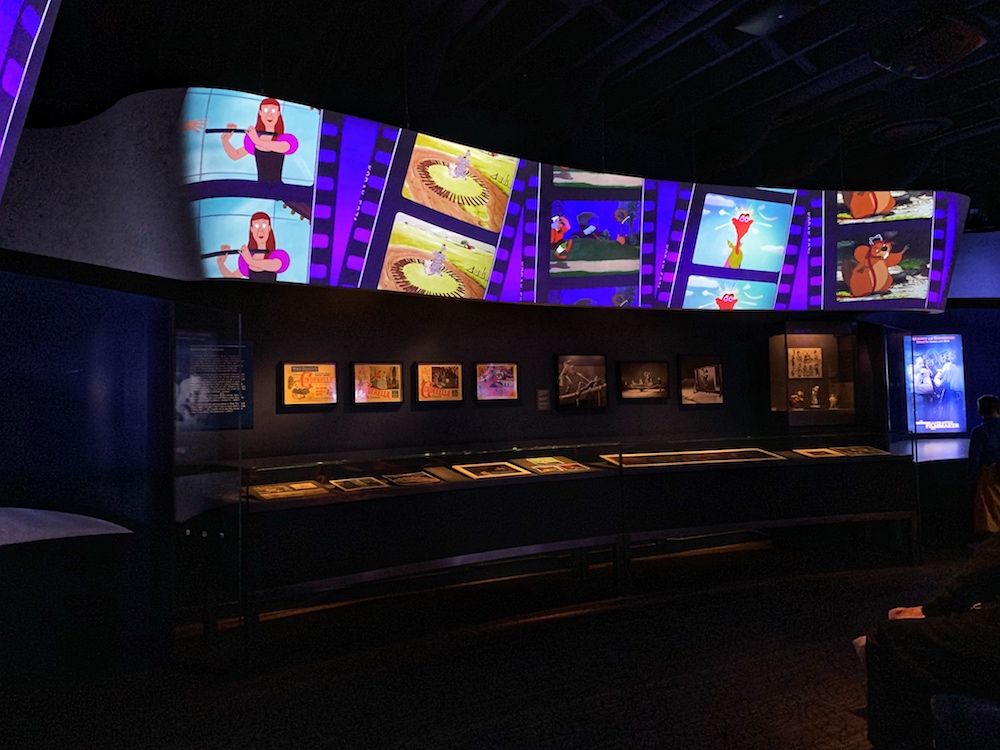 The images you may have seen of the museum online are mostly of an exciting, multi-story area with a miniature model of Walt Vision for Disney and a train that is featured around the outer rim of the room. It looks incredible, and it is, but it is just that one room. The rest is relatively bare by comparison, and while filled with the gripping story of Disney and his legacy, children may find it harder to identify with the delivery of it.

It wasn’t until we reached the blue room towards the end, the one you would have seen in any of the promotional marketing, that their eyes began to light up the way mine had from the beginning. It was the first opportunity they had to feel the magic that my husband and I had been reading off the pages in the halls before. 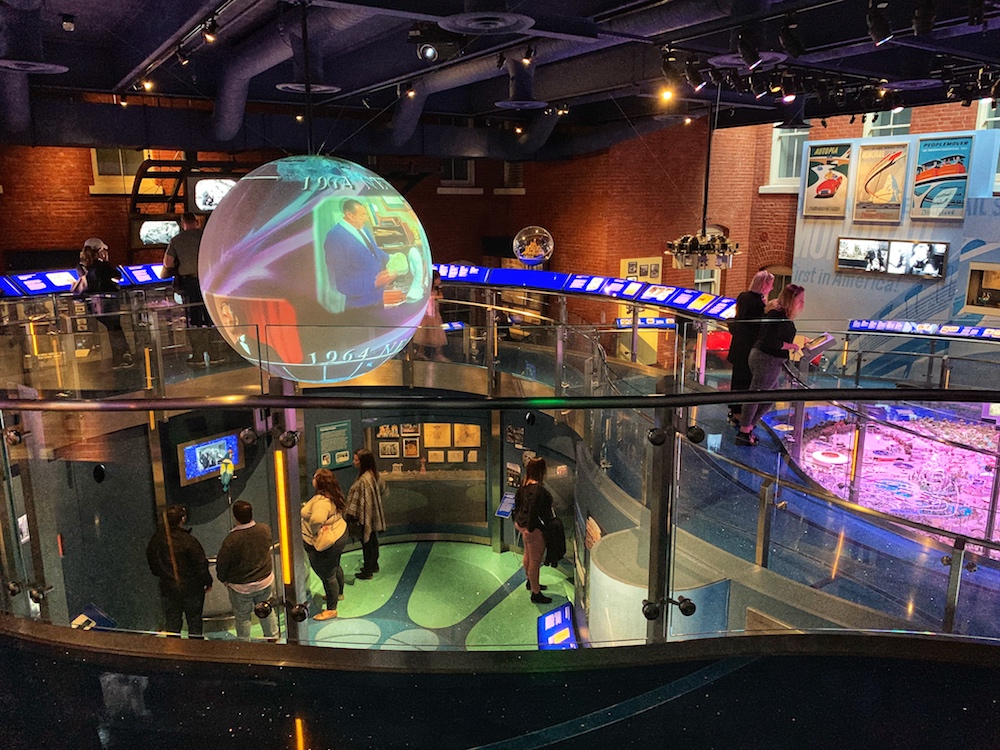 What surprised me most about the museum was actually the fellow visitors. While we usually associate the Disney name with children and families, the majority of the people there were not with young ones. Instead, men in suits wandered the halls, taking in the epic journey of Walt Disney’s career. Couples walked arm in arm, romantically entwined in each other and the story as it unfolded. While the museum was not something geared towards children, they seemed to be welcome enough and gravitated instantly to the second half of the tour where the small model of Walt’s original ideas for Disneyland had been laid out in a 3-D mapped concept model. 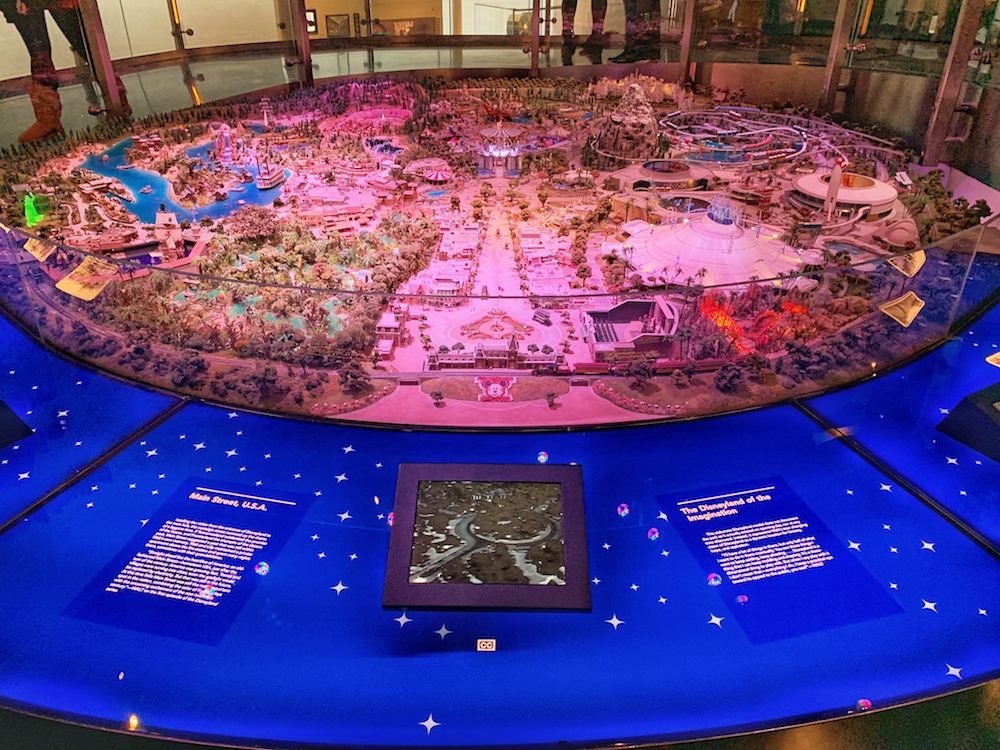 In fact, my children at ages 8 and 11 were by far the youngest ones in sight; something that didn’t prove bothersome until the final portion of the exhibition where the details of Walt’s death and the shock waves it had sent through the entertainment industry thereafter were discussed in a very detailed manner.

Despite the rumors that Disney had insisted on having his body cryogenically frozen in hopes of living on once technology caught up with the science, Disney’s daughter, Diane, doubts that her father would have even known of the concept. She maintains that his remains were cremated on December 17th of 1966, just two days after he passed away from complications of lung cancer.

The aftermath for the family, the company and the world was not lost on my eight-year-old in that room. We listened in to the stories being shared by his friends and family. We heard the heartache and read of the despair the family experienced when his 6-24 months to live was shortened to only a few weeks. It was enough to bring a tear to everyone’s eye. The somber last hallway before exiting the museum captured Disney’s life in moving pictures from beginning to end. Showing pieces of his home life, work, struggles, and triumphs, it perfectly encapsulated the epic tale of hard work and persistence that was the man himself.

The impact that Disney’s life had had on the world could only really be appreciated once he was gone. After all, at the time he was alive, who was to predict the impact he would have on future generations, including mine, more than 50 years later?

Is it worth the price of admission? Well, that depends. The Disney story is something we all hold in our hearts differently. If the connection is what you are seeking rather than an education then go and immerse yourself in all things bibliographically poignant about Disney. If you are expecting a dynamic presentation with interactive exhibits that all look similar to the exciting ones shown in marketing images, this one might be a miss.

Think twice about how suitable it might be for your children, not so much based on their ages rather than their personalities and their level of interest in the backstory of Disney. Despite the difficulty staying focused, my son’s love of Disney prevailed and he was busy creating his first animation in the car on the way back to our accommodation that afternoon.

You never know what small influences will have the power to change someone’s course in life, or in Disney’s case, maybe even the world. 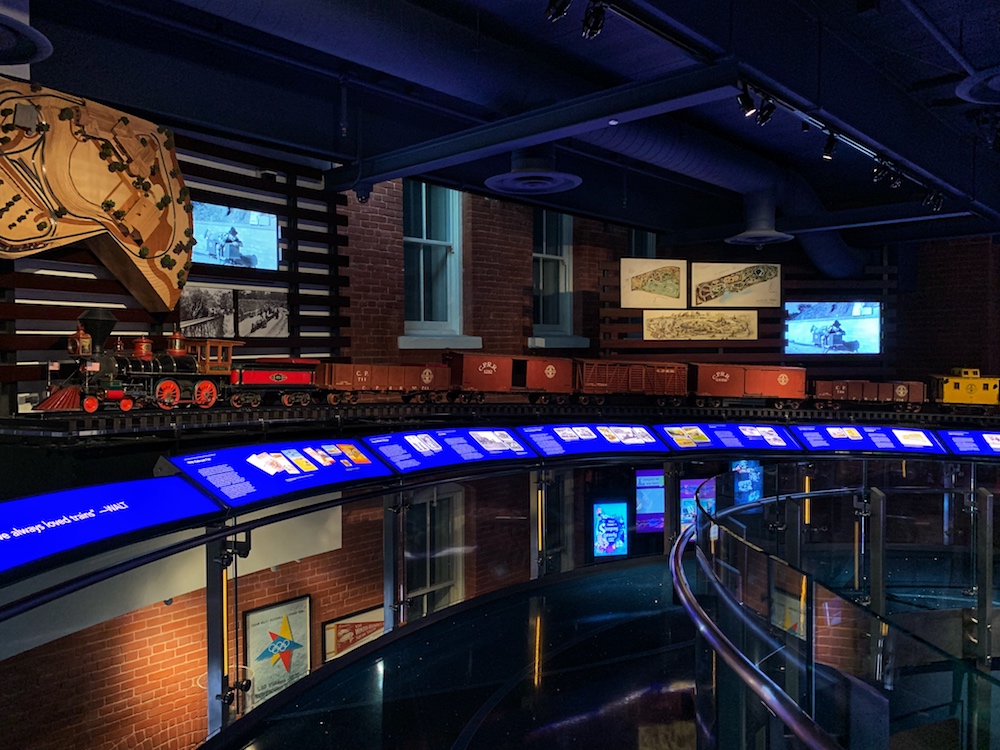