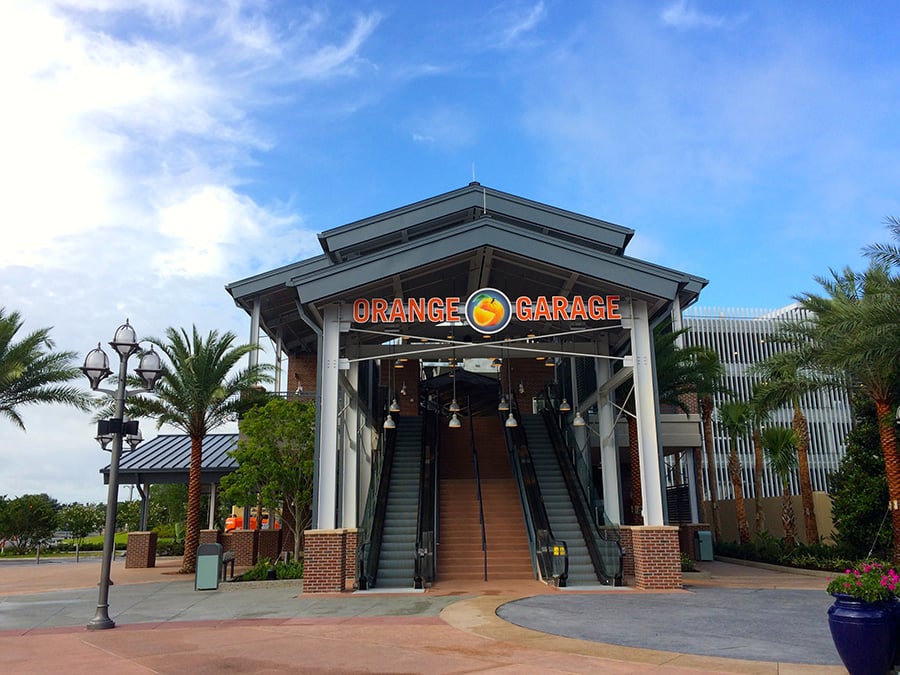 ShareTweetSubscribe
Photo: Disney As many have witnessed firsthand, the ongoing construction of what is becoming Disney Springs has been the source of much aggravation when it comes to parking and increased traffic throughout the area. However, as many search for a parking space, I search for an answer. Specifically, to the question of 'why did it take 18+ months to build a parking garage?'. In November of 2014, I had an unrelated meeting with a group of officials from Reedy Creek Emergency Services, a division of the Reedy Creek Improvement District; it was during this meeting, I decided to ask the all too important question. For those that are not familiar, the Reedy Creek Improvement District is a special taxing district governing the cities of Bay Lake and Lake Buena Vista, in which the Walt Disney World Resort is wholly located. The district was created on May 12, 1967 when then-Florida Governor Claude Kirk signed into law legislation creating the special taxing district to govern the 25,000-acre area of Central Florida that locals considered "remote and uninhabitable." I think they proved just how "uninhabitable" it was... In March 2013, the announcement was made to revitalize Downtown Disney into Disney Springs along with the creation of the two parking structures. However, the first parking garage didn't publicly open until November 2014. What happened in that timeframe that seemed to turn inconvenience into insanity? Well, nothing actually. Like any project, there were changes and delays and weather, of course, plays a factor too. Most importantly, it is imperative to note these garages along with infrastructure changes to the roadway in the surrounding area is not being done by Disney at all. Reedy Creek, along with its construction contractors, is completely responsible for the construction project, and that in itself, if you know anything about government, should answer the question. When Disney builds something they build it, usually, quickly. They pay overtime pay, holiday pay, night differentials, and whatever else it takes to get the project done right and on time. When a government builds something, there is minimal overtime, no holiday work, and unless work can not be done during the day because it would affect egress or traffic substantially, work won't be performed at night. This work is being funded through tax-free bonds, which as a local government in Florida, Reedy Creek won't have to pay sales tax on material purchased to complete the project. At an estimated price tag of $85 Million for the pair of garages, Reedy Creek could save roughly $1.5 Million. So, without the extra funding to facilitate overtime, etc., naturally the construction will take longer than what everyone is used to with Disney. Even within the Disney Company, specifically within Parks and Resorts, operating costs have been scaled back by reducing unnecessary overtime and night work.  Over the 20 year life of the bonds, there will be several hundred thousand dollars a year in interest saved, because municipal bond interest is exempt from federal income tax. Investors generally offer lower interest rates thanks to not having to pay tax on their earned interest. So, there you have it, we have one garage, with another on its way skyward. Disney Springs is likely to do very well if Disney continues to do their part right. Reedy Creek will continue at their governmental pace, however, the work will get done, I assure you. But don't get your hopes up just yet on the second garage, it isn't projected to open for another 11 months... May 2016 [Begin Holding Breath Here].

Information regarding cost and tax estimates was furnished from a March 19, 2013 article by the Orlando Sentinel