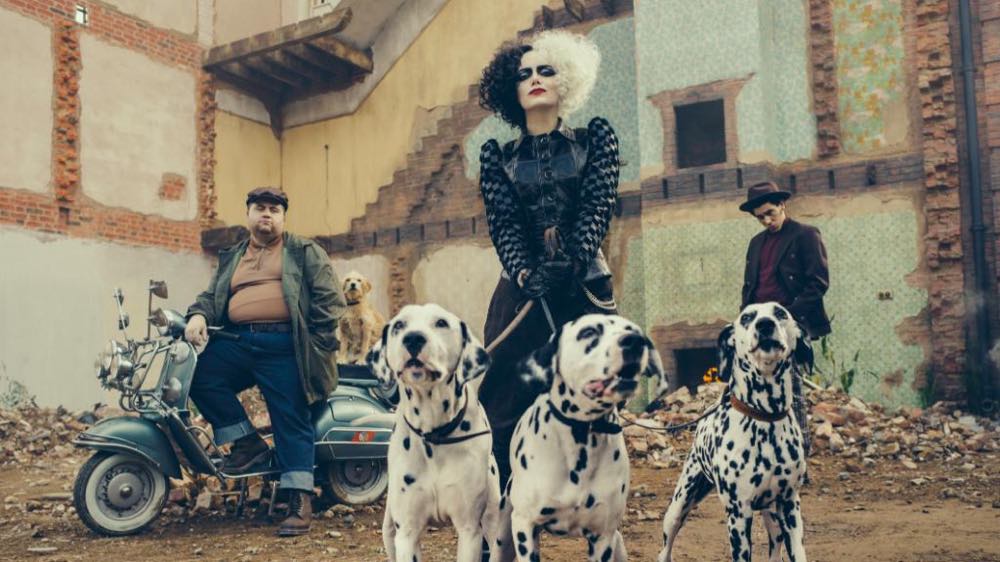 Emma Thompson will portray the Baroness. Jasper (portrayed by Paul Walter Hauser) and Horace (portrayed by Joel Fry), who are Cruella’s dimwitted sidekicks are standing behind her in the picture that was just released.