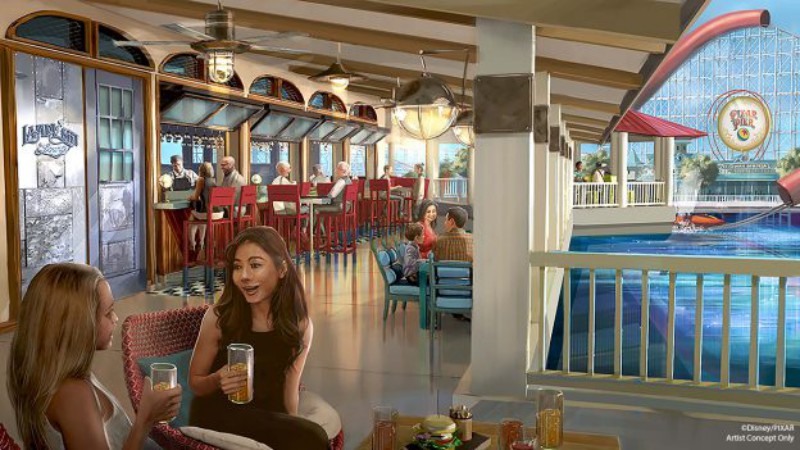 With just a few days left before Disney California Adventure favorite the Cove Bar closes for the final time, the Disneyland Resort is giving us a peek at the food offerings that will coming to the Lamplight Lounge, when it opens June 23. The new gastro-pub coming to Pixar Pier replaces both Cove Bar and Ariel’s Grotto.

We’ve already been assured that the Lobster Nachos will be back, but the new appetizer menu, or “Shorts” to Share, will also include Potato Skins, made with Yukon gold potatoes, topped with brown butter-caper yogurt, smoked paprika aioli, and Manchego cheese. For something a little spicy, try the Chicken Sandwich, made with crispy chicken and a spicy chili glaze, topped with vinegar slaw and pineapple butter, all served on an Amish bun. Younger guests will enjoy the PB&J roll, which has creamy peanut butter on whole wheat, with a drizzle of strawberry jelly. The kids meal includes fresh fruit and a flower pot of hummus and veggies. For a closer look at some of the new dishes, check out our new video featuring Culinary Director John State: