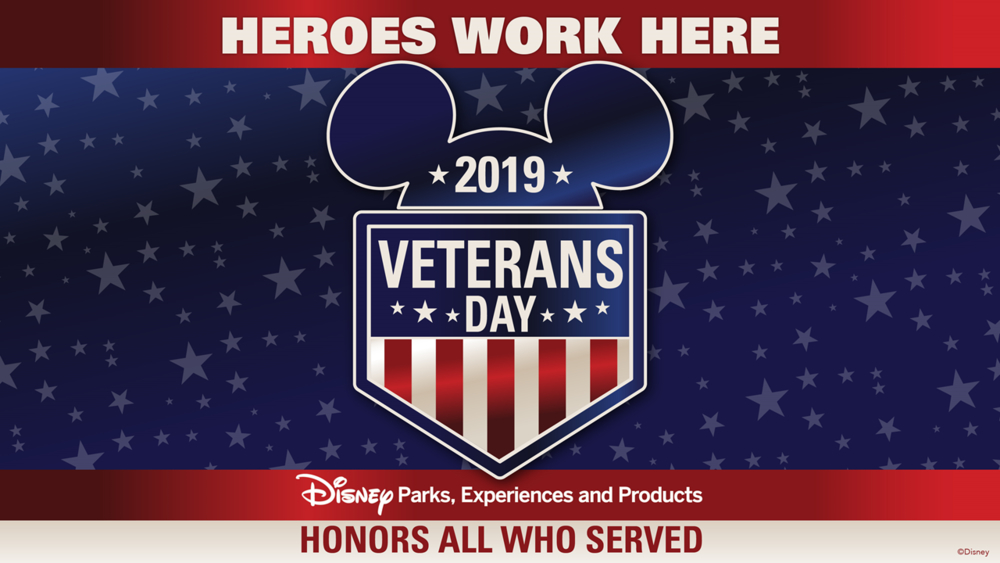 November 11th became known as Veterans Day in 1954, after originally being known as Armistice Day. The end of World War I came on this day in 1918, on the 11th day of the 11th month at the 11th hour as the armistice was signed in France.

To honor veterans this Veterans Day, Bob Chapek, Chairman of Disney Parks, Experiences and Products, visited the daily flag retreat ceremony at Disneyland. He was accompanied by cast members who are also veterans in order to commemorate the important occasion.

Said Bob Chapek, “We are proud to support America’s veterans and military families, both by celebrating service and providing opportunities for those transitioning to civilian life…From hiring and career development programs, to creating magical memories for active duty and veteran families during their visits to our Parks, we honor America’s heroes each and every day.”

Disney will continue to highlight their connection to the armed services throughout the coming month as they share stories stemming from their Heroes Work Here program.
Source: Disney Parks Blog