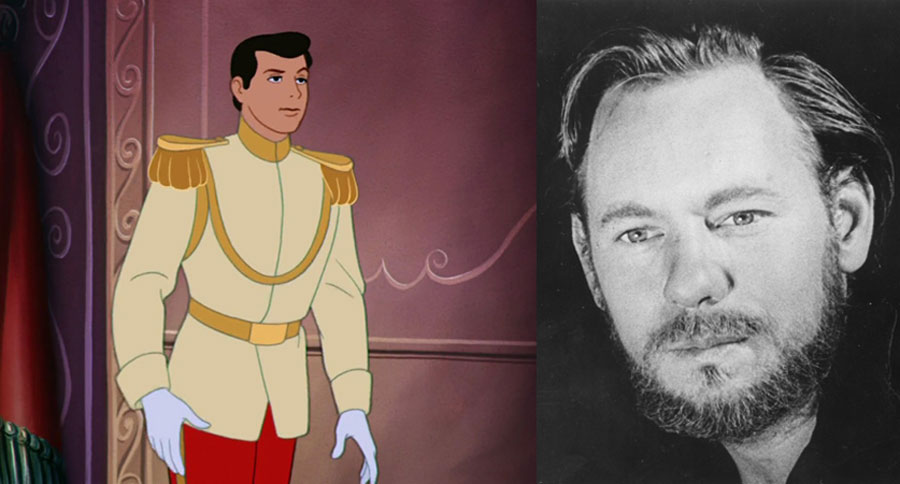 William Phipps, who used his vocal talents to portray one of Disney’s most classic and iconic princes, passed away from lung cancer on Friday night at UCLA Medical Center in Santa Monica, California. Phipps’ primary contributions to the entertainment industry occurred throughout the 1950s; he has 226 acting credits listed to his name.

While Phipps was Indiana born — February 4th, 1922 — his upbringing took place on a farm in Illinois with his brother Jack. Although he studied accounting at Illinois State University, William left to pursue Hollywood acting dreams in 1941. Following his brother’s death in the South Pacific during WWII, he served as a radioman in the U. S. Navy until his discharge in 1945. He took advantage of the G.I. Bill to study at the Actors Lab upon his return to Hollywood.

It was productions at the Actors Lab that lead Phipps to become a contracted actor with RKO Radio Pictures. His cinema debut was in 1947’s Oscar-nominated film noir Crossfire, the Edward Dmytryk feature which centered on the murder of a Jewish man as part of a hate crime.

It was 1949 when Walt Disney personally hired the actor to voice Prince Charming after hearing his audition tape. According to Phipps, he was compensated around $100 for two hours work in a single afternoon.

During promotions for Cinderella, Disney ran a contest in which young women could try to win a trip to Hollywood for a date with the voice of Prince Charming. According to The Hollywood Reporter, Phipps met the winner “in front of a live audience on the stage of the Pantages during a coast-to-coast radio broadcast of Art Linkletter’s show.” Phipps later recounted,

They gave me (I think) $100 pocket money and a limousine and a driver so we could go anywhere we wanted. We went to Ciro’s and the Mocambo, which were the two most famous places on the Sunset Strip at the time, and we went to the Trocadero, too. At the end of the night, around midnight, the limousine driver and I took her back to the Roosevelt Hotel, where she was staying. And then the chauffeur took me back home — a rooming house we called the House of the Seven Garbos, a home for fledgling actresses, where I lived in a room in the basement for seven dollars a week! The next day I went to the tuxedo rental place and turned in my stuff.

Not only notable for his Cinderella role, Phipps starred in numerous Westerns for RKO — including The Arizona Ranger and Desperadoes of Dodge City — and was one of the first recurring actors during the science fiction cinema boom of the 1950s with roles in films such as Five, The War of the Worlds, Invaders From Mars, Cat-Women of the Moon, and The Snow Creature.

While temporarily retiring during the late 1960s, Phipps’ later career involved the 11 Emmy Award-winning ABC miniseries Eleanor and Franklin, where he portrayed Theodore Roosevelt, as well as numerous television credits. He appeared on series such as The Life and Legend of Wyatt Earp, The Twilight Zone, Perry Mason, Rawhide, 77 Sunset Strip, Gunsmoke, F Troop, Batman, The Virginian, and Mannix.