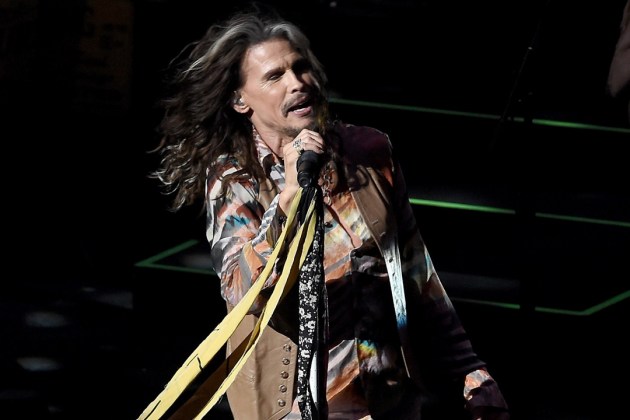 Walt Disney World has digitally edited out a lewd gesture made by Steven Tyler in the preshow video at Rock ‘N’ Roller Coaster Starring Aerosmith. The ride at Disney’s Hollywood Studios has been in place since 1999. In the queue, the guests walk into a recording studio and see a digital version of the band singing and getting ready to leave for a concert. In the video, Tyler makes what is assumed to be a sexually suggestive hand gesture. After getting complaints about the gesture recently, the theme park has changed Tyler’s hand to just be an open palm.

Tyler has now tweeted about the change, posting a picture of himself making the gesture, as well as wearing a hat with an expletive spelled out in large letters. His tweet says “@WALTDISNEYWORLD WHAT EXACTLY DO YOU THINK THIS MEANS? IS THE HAT A DEAD GIVEAWAY? PS…SEE YOU NEXT WEEK…”