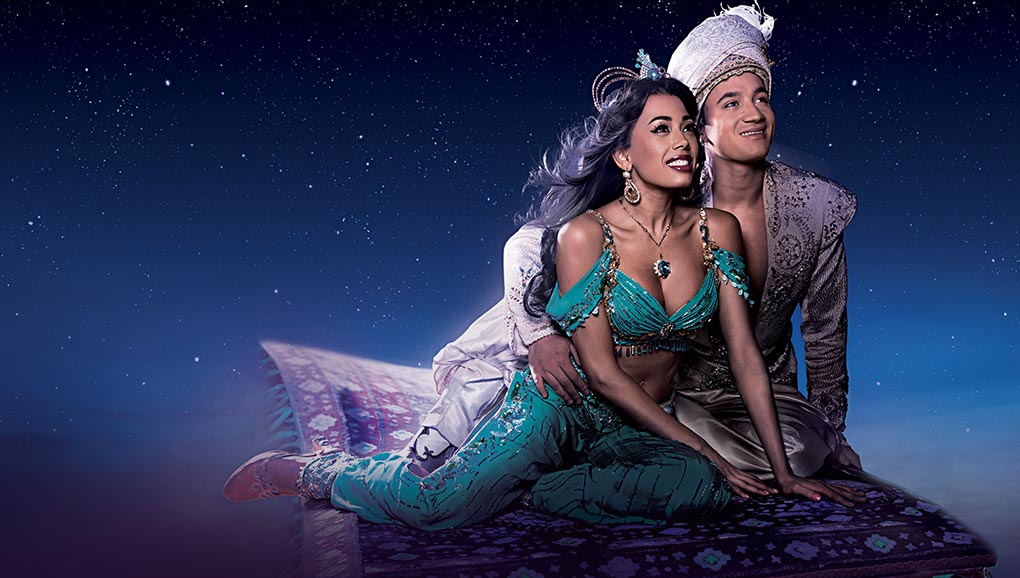 Benj Pasek and Justin Paul won an Oscar last year for writing La La Land‘s ‘City of Stars,’ and they were nominated for another one in this year’s Academy Awards for their work on The Greatest Showman soundtrack.

Even though they went home empty-handed this year after losing to Coco‘s Kristen Anderson-Lopez and Robert Lopez, Pasek and Paul announced a pretty fantastic consolation prize: they’ve collaborated with Alan Menkin and have written the lyrics for two brand new songs for Guy Ritchie‘s upcoming live-action remake of Disney’s Aladdin. In an interview, Pasek said,

“We’re really thrilled that we got to collaborate with one of our heroes, Alan Menken, and we collaborated with him and wrote the lyrics for two new songs for Aladdin that’s coming out next year. Just being in the studio with him and getting to suck him dry for all the stories he would tell us and pick his brain about it, we probably delayed work for several weeks just trying to be like, tell us about Ariel, tell us about Ursula. We freaked out, so we’re really excited for that and really thrilled to be a part of the Disney family, too.”

Watch and listen below as the duo spoke to Variety via The Playlist from the red carpet before the Oscars began: