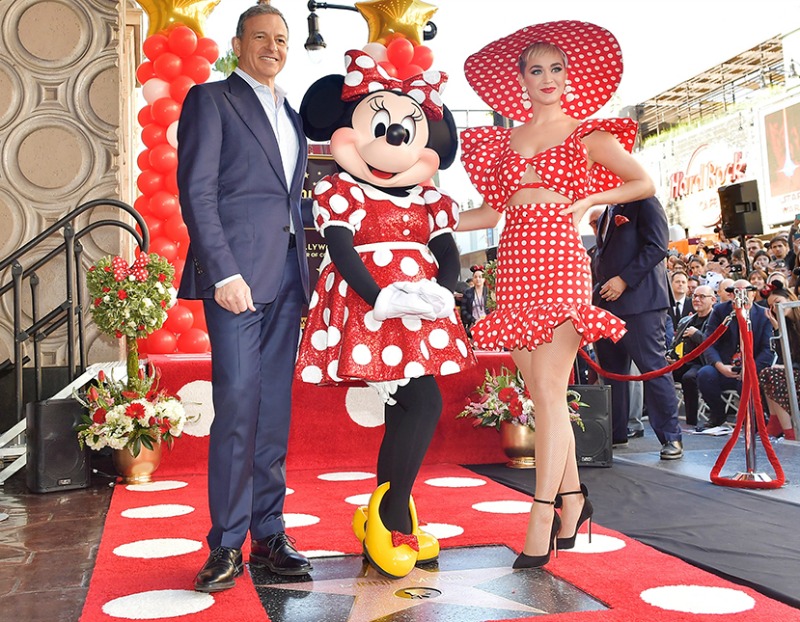 Disney history was made yesterday as Minnie Mouse was presented with a star on the Hollywood Walk of Fame as part of her 90th-anniversary celebration.

Disney Chairman and CEO Bob Iger along with judge of ABC’s American Idol Katy Perry were on-hand to present the long-awaited honor to Minnie Mouse in front of Hollywood’s legendary El Capitan Theatre. “Minnie Mouse has been a star and a fashion icon since she first burst onto the scene in the groundbreaking animated classic, Steamboat Willie. The star of more than 70 movies during her illustrious career, Minnie has entertained millions of people around the world, touching hearts and bringing joy wherever she goes. We’re thrilled to see her cultural influence and many achievements recognized with her very own star on the Hollywood Walk of Fame.”

Minnie Mouse has been entertaining Disney theme park guests since Disneyland opened back in 1955. Guests at the Walt Disney World Resort sent Minnie off to Hollywood by giving her a special “Rock the Dots”-themed send-off at Disney’s Hollywood Studios. The special send-off had Minnie Mouse and Mickey Mouse walking down the red carpet then touring through the park on a special Minnie Mouse-themed car. If you missed the live-stream of the send-off event, click here to watch the broadcast.

Take a look at the video below to watch the polka-dotted festivities in Hollywood!