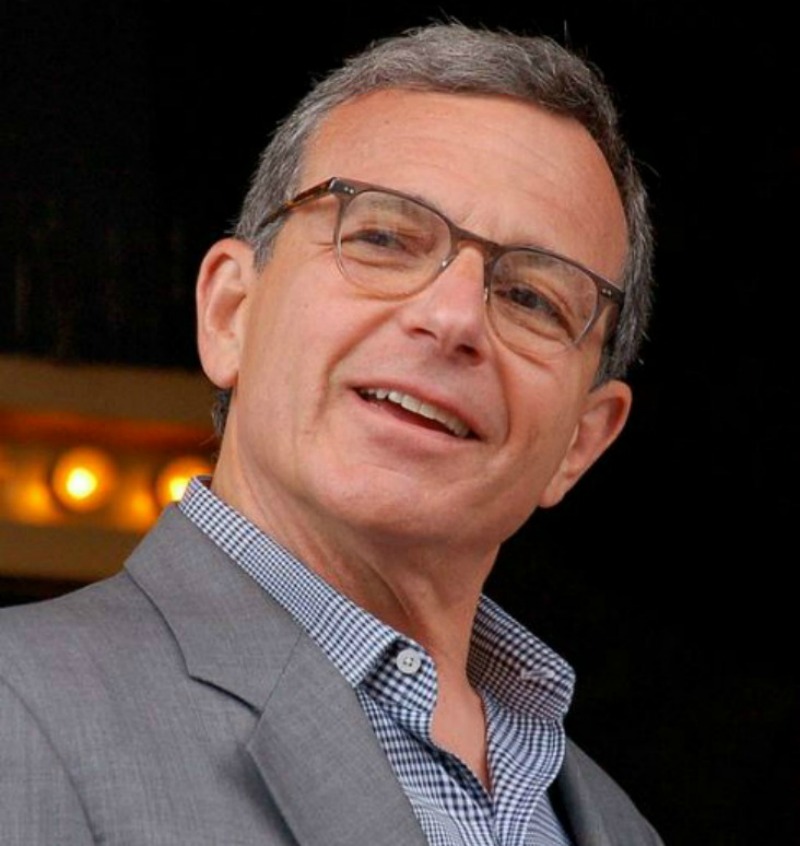 The Hollywood Reporter just released their Top 100 Most Powerful People in Entertainment and topping the list, for the second year in a row is Disney’s Chairman/CEO Bob Iger.

The second annual ranking is compiled and, according to THR, from ” … one overarching criterion: the power of “yes.” THR 100 essentially is a greenlight list: who has the authority to take projects from a no to a yes or the talent and track record to make what he or she wants. There are objective factors, like the size of an executive’s empire … access to vast sums of money … or the number of series a showrunner has on the air and their ratings.  Then there’s the subjective element of heat around town: “juice,” for lack of a better word.”

Iger oversees a vast portfolio that encompasses film, television, theme parks, digital, and consumer products. “No Hollywood executive oversees more and with as much success as Iger,” writes THR. Iger has given stockholders something to smile about, under his leadership, Disney’s market cap has risen from $46 billion to $165 billion, in 2016 fiscal revenue rose to a record $55.6 billion, up 6 percent and net income increased 12 percent to $9.4 billion.

Under Iger, Disney also saw the acquisition of Pixar, Marvel, and LucasFilms and according to THR, “the company commanded the top five slots at the worldwide box office in 2016 and currently leads the 2017 list, with its Beauty and the Beast climbing to $1.29 billion.” In 2016, Disney’s global box office reached $7.6 billion worldwide.

At Disney’s Parks and Resorts, The Walt Disney Company announced that its recently opened Shanghai Disneyland saw 11 million visitors walk through its gates in the first year of operation with a majority of the visitors coming from outside China. Last month, The Walt Disney World Resort opened its highly anticipated new land, Pandora – The World of AVATAR in Disney’s Animal Kingdom. In 2018, Disney’s Hollywood Studios will see the opening of the Toy Story Land expansion and the Star Wars-themed lands set to open sometime in 2019.

The one albatross that The Walt Disney Company has is ESPN and its ABC network. Among the most important demographic, adults 18-to-49, ABC ranks fourth and ESPN has lost 10 million subscribers in the past five years.