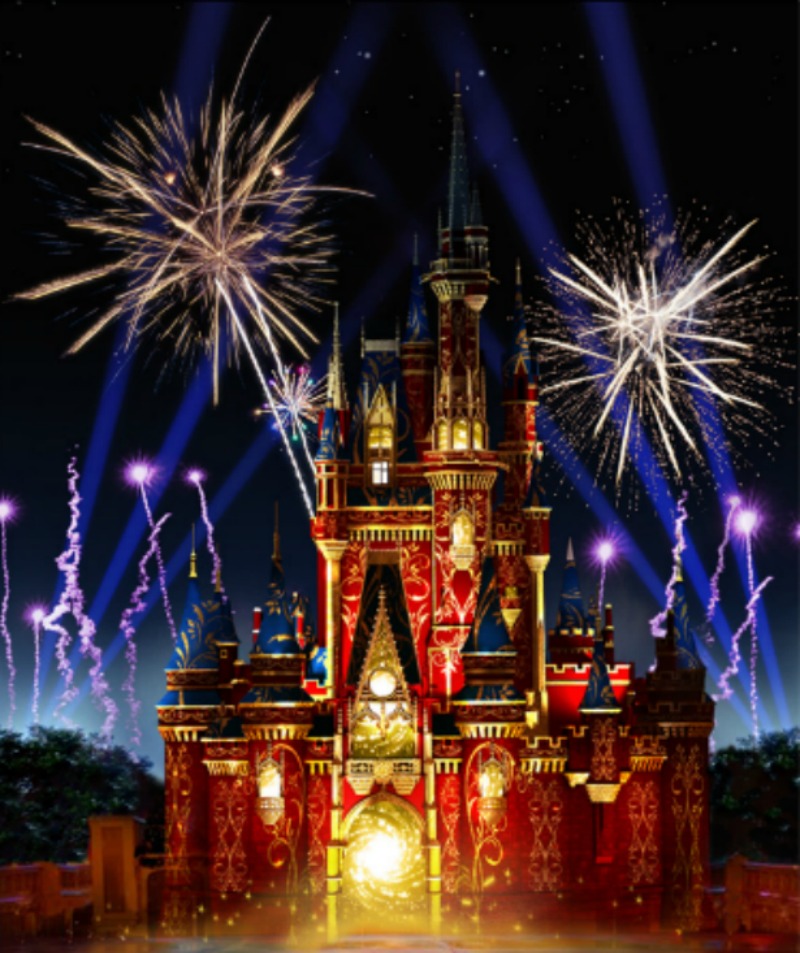 “Happily Ever After,” a brand new nighttime spectacular that combines the magic of Disney storytelling, treasured Disney characters, fireworks and more, will debut at Magic Kingdom Park in Walt Disney World on May 12, 2017.

The new spectacular promises to take the audience on a musical journey in search of their very own Happily Ever After “by showcasing some of the greatest adventures Disney characters have taken to achieve their dreams. The show will feature the latest fireworks and pyrotechnics and original animation, plus a heart-tugging original score. And thanks to the inclusion of state-of-the-art projection mapping technology, more Disney characters than ever before will be featured in the show, including moments from Moana, Brave, Big Hero 6, Zootopia, The Princess & The Frog, Aladdin, and many others.”

These stories of friendship and perseverance, overcoming obstacles and ultimately victory are the things dreams are made of! Take a look at this video that was shared by the Disney Parks Blog this morning to hear more details on how this show has come together.

The Fireworks Dessert Party at Tomorrowland Terrace will continue to offer a delicious way to view the nighttime fun as “Happily Ever After” makes its debut.