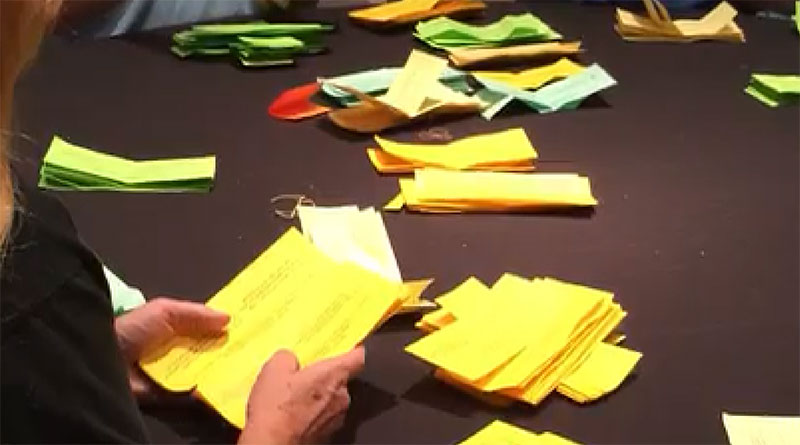 Disney’s attempt to appease union workers proved highly unsuccessful today, as approximately 93 percent of union represented cast members voted to turn down their offer. Almost 10,000 votes were cast, the highest turnout ever for the Service Trades Council Union; the STCU has been negotiating wages with Disney and is a coalition of six unions representing nearly 38,000 Walt Disney World cast members.

The labor negotiations were announced in late July, with wage increases being just the first topic on the docket for discussion. The wage talks have seen deadline extensions as well as a request by Disney for an independent federal mediator.

The next step for the unions appears to be in February, where they will regroup for further negotiations. President of Unite Here Local 737 Jeremy Haicken told his supporters, “We’re going to go to the table next year and demand more.”

A Disney spokeswoman issued their response in a statement saying, “We are disappointed that the union rejected our fair and reasonable offer of a 6 to 10 percent wage increase over the next two years and we will continue to work with the union on negotiations.”

The rejected offer would have seen full and part-time cast members receive a 50 cent or 3 percent raise per year for two years, whichever was higher for the cast member, and a $200 up front cash payment. Cast members who receive tips would not be eligible for the wage increase, but would qualify for the $200 payout.

Disney says this latest offer should take into account that they already pay $2-per-hour more than the federally required minimum wage. Union Leaders initially requested a minimum wage increase up to $15-per-hour, in an effort to reduce poverty among their represented members. Disney’s payment practices have set a precedent for other Orlando employers in the past; in 2014 Disney agreed to raise the minimum wage to $10-per-hour by 2016 and other unionized and non-unionized companies followed suit, including Universal Orlando.