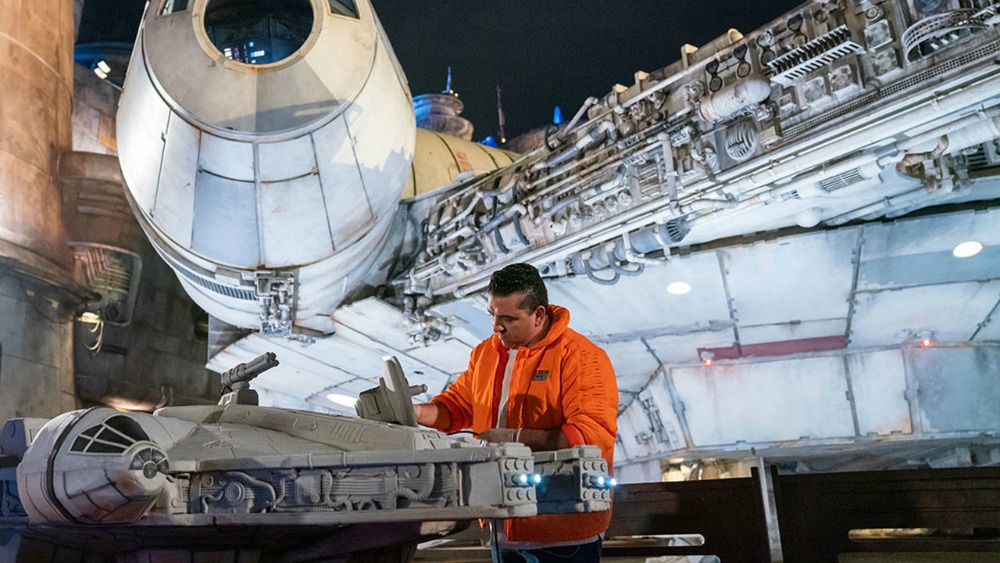 Food Network's Buddy Vs Duff 2 final challenge starring award-winning bakers Buddy from The Cake Boss and Duff from The Ace of Cakes was filmed inside Star Wars: Galaxy's Edge. The 90-minute finale will air on Food Network Sunday, May 3 at 9pm | 8c.

The pair of bakers were commissioned by Kirstin Makela, Art Director with Walt Disney Imagineering, to create their greatest, most elaborate cakes yet to celebrate May the 4th – also known as Star Wars Day.

Buddy, Duff, and their respective teams were brought to the Disneyland Resort where they explored Star Wars: Galaxy’s Edge for inspiration.

During their visit, they experienced Star Wars: Rise of the Resistance, as well as Millennium Falcon: Smugglers Run attractions. They also built custom lightsabers and droids then ended their evening by enjoying dinner inside Docking Bay 7 Food and Cargo.

The judges will reveal the winner of this season's competition inside Star Wars: Galaxy’s Edge on the show that's hosted by the legendary Billy Dee Williams.

Andi Gutierrez and Anthony Carboni from The Star Wars Show were also present for the event.