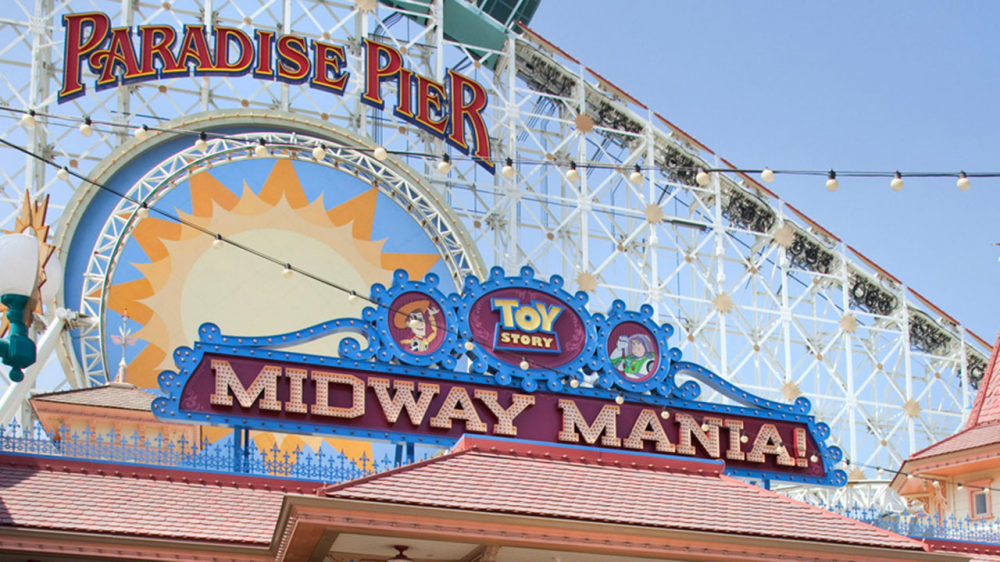 ShareTweetSubscribe
Several sources are reporting that the new FastPass machines for Toy Story Midway Mania at Disney California Adventure will be turned on Thursday, April 6th. Also that day, the FastPass system will be updated forcing some guests to change they way they use FastPasses. When Disneyland announced their upcoming Disney MaxPass service, they also confirmed that both Toy Story Midway Mania and Disneyland Park's Matterhorn Bobsleds would adding FastPass machines.  While FastPass begins this week at Toy Story Midway Mania, the Matterhorn Bobsleds are closed for refurbishment, so FastPass will likely begin when the ride reopens on April 28th. Also beginning Thursday, the FastPass systems for Disneyland Park and Disney California Adventure will be combined, thus eliminating the ability for guests to have overlapping FastPasses, one at each Park. Guests are typically only allowed to hold one FastPass reservation at a time, but with the systems not connected, some guests would park hop and hold FastPasses at both Parks simultaneously. That "loophole" will no longer be possible. There is still no word as to when Disney MaxPass will begin at the Disneyland Resort.   Source: MousePlanet
ShareTweetSubscribe