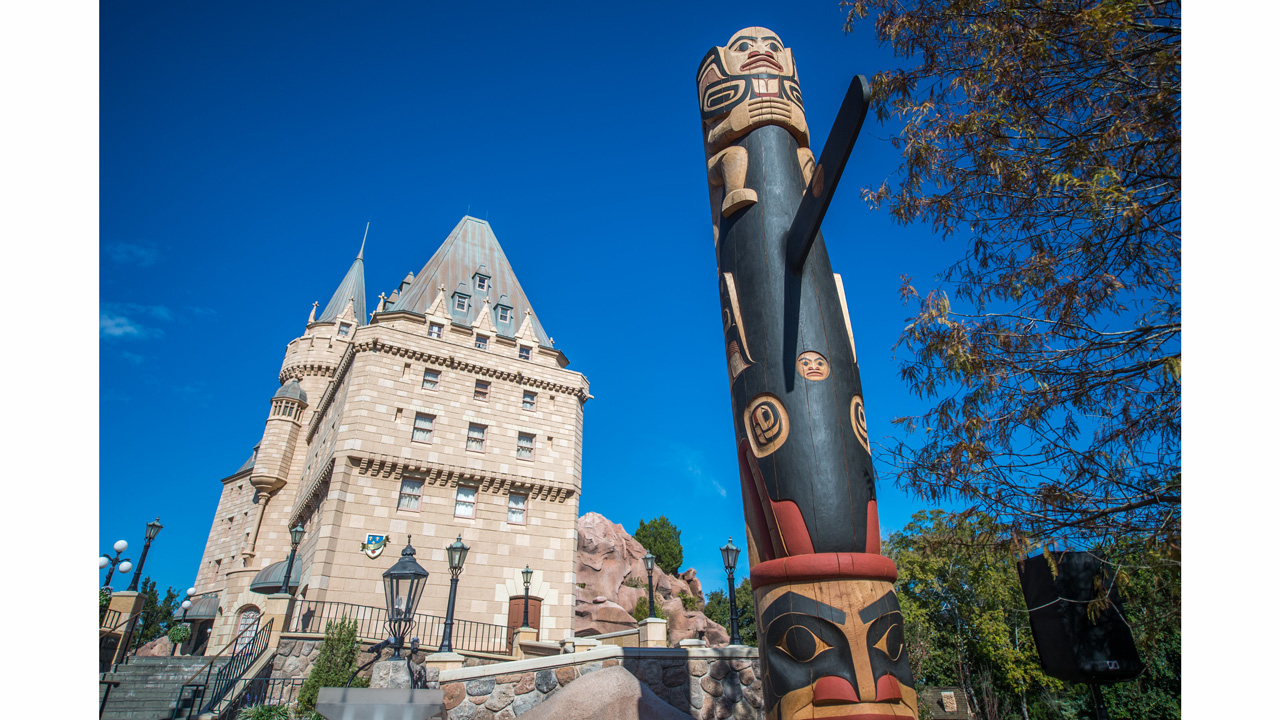 We told you last week that two new totem poles were coming to the Canada pavilion at Epcot and they’ve now been set in place.

According to the Disney Parks Blog’s ‘All In The Details‘ series, each of these new totem poles carved by Tsimshian artisan David Boxley is unique and they both have their own story to tell. “The Whale Totem Pole depicts the tale of the first potlatch, a ceremonial feast celebrated by the Nagunaks and creatures of the undersea world.” “The Eagle Totem Pole tells one of Boxley’s favorite cultural tales, in which a boy finds an eagle caught in a net on a beach and frees it. Years later, when hunger strikes the boy’s tribe, he walks on the same beach, only to find the eagle there waiting for him with food – paying him back for his kindness years ago. The bottom of this totem pole also tells the story of how a family of beaver taught a human family the importance of treating all creatures – human and animal – with respect.”

This is just one example of the many details that can be found around the World Showcase at Epcot. I love how there are stories behind almost every little thing you see in the parks.

What are some of your favorite details around Walt Disney World? Share them with us in the comments or join the conversation on our Facebook page.