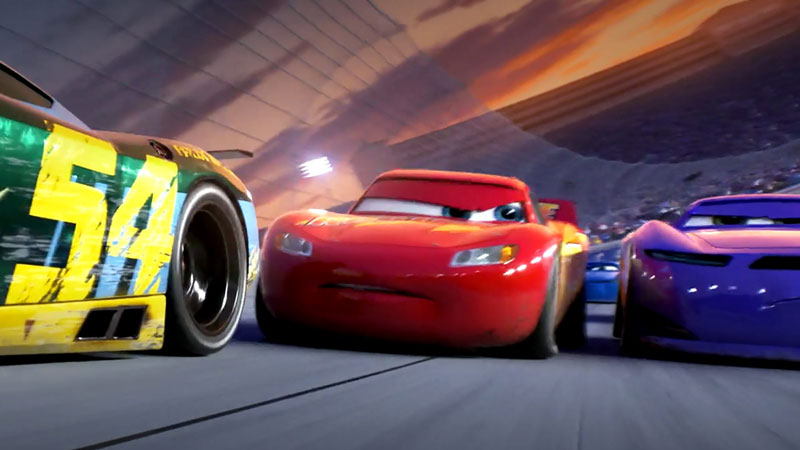 June is turning into quite a successful month for Disney, as speculation puts Cars 3 in the top spot for its opening weekend and Beauty and the Beast has now transitioned from colossal box office profits to disc sales.

According to Variety, Cars 3 is expected to make somewhere in the $55 million to $65 million range for its opening weekend. That would be similar to the debuts of the franchise’s previous installments. This would place the Disney and Pixar film in next weekend’s top spot, supplanting the current box office powerhouse, Wonder Woman. Wonder Woman made $58.5 million for its second weekend, so even if it experiences a 40% drop this coming weekend it should still be able to maintain 2nd place. That film has made $450 million worldwide so far.

Cars 3 was directed by Brian Fee, who worked as a storyboard artist on the first 2 Cars films, Ratatouille, and Wall-E. This is his first time directing. It stars the voices of Owen Wilson, Cristela Alonzo, Armie Hammer, Larry the Cable Guy, Bonnie Hunt, Nathan Fillion, Kerry Washington, and Lea DeLaria. The film opens in theaters this Friday.

Last week, the live action Beauty and the Beast remake absolutely crushed all competition for DVD and Blu-ray sales. It not only placed #1 on both sales charts, but the total sales of its closest 19 competitors combined only equaled 40% of BatB’s sales. 72% of the sales were from Blu-ray purchases, and the film placed at #2 on Home Media Magazine’s rental chart for that week.

Disney also had some Blu-ray success with a Signature Edition release of Bambi. The classic placed #3 on both NPD VideoScan overall disc sales charts and the Blu-ray Disc sales chart.