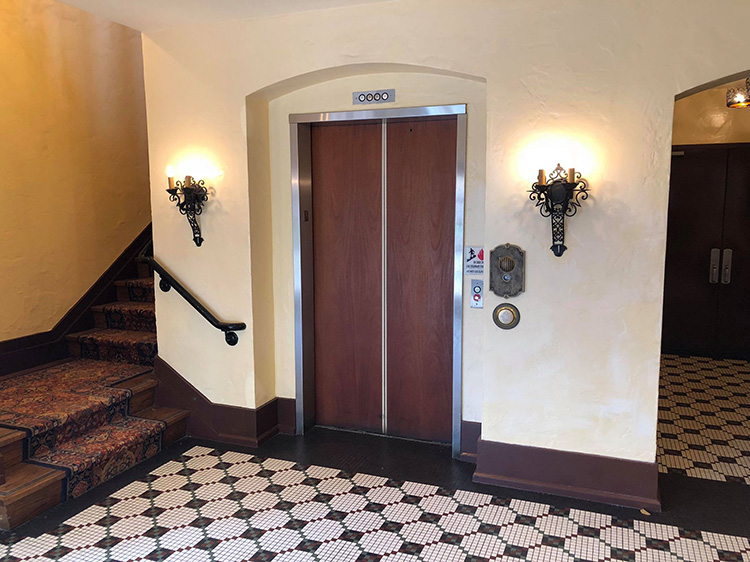 Almost a year ago we reported that each Walt Disney World theme park would be getting a Club 33 lounge. Now we are starting to see the exclusive lounges take shape at the Magic Kingdom, Disney’s Hollywood Studios, and Epcot. The latter two parks seem to be the furthest along as their lounge’s doorbells are now visible to guests. Disney’s Hollywood Studios’ lounge will be connected to the Hollywood Brown Derby, in what was previously the Catwalk Bar. Epcot’s Club 33 location will be in the American Adventure Pavilion, in what was previously the Chase Visa Lounge. As previously stated, the Magic Kingdom’s Club 33 lounge isn’t as far along in the construction process, but it is known that the lounge will be in what was the former Adventureland Veranda restaurant. At this time, The DIS cannot confirm where the Club 33 lounge at Disney’s Animal Kingdom will be located, and it is assumed by many that construction has not even been started. When the lounges are open, club members will be able to enjoy four different locations throughout the resort. Walt and Lillian Disney’s travels around the world will figure heavily in the theme of each of the new locations.