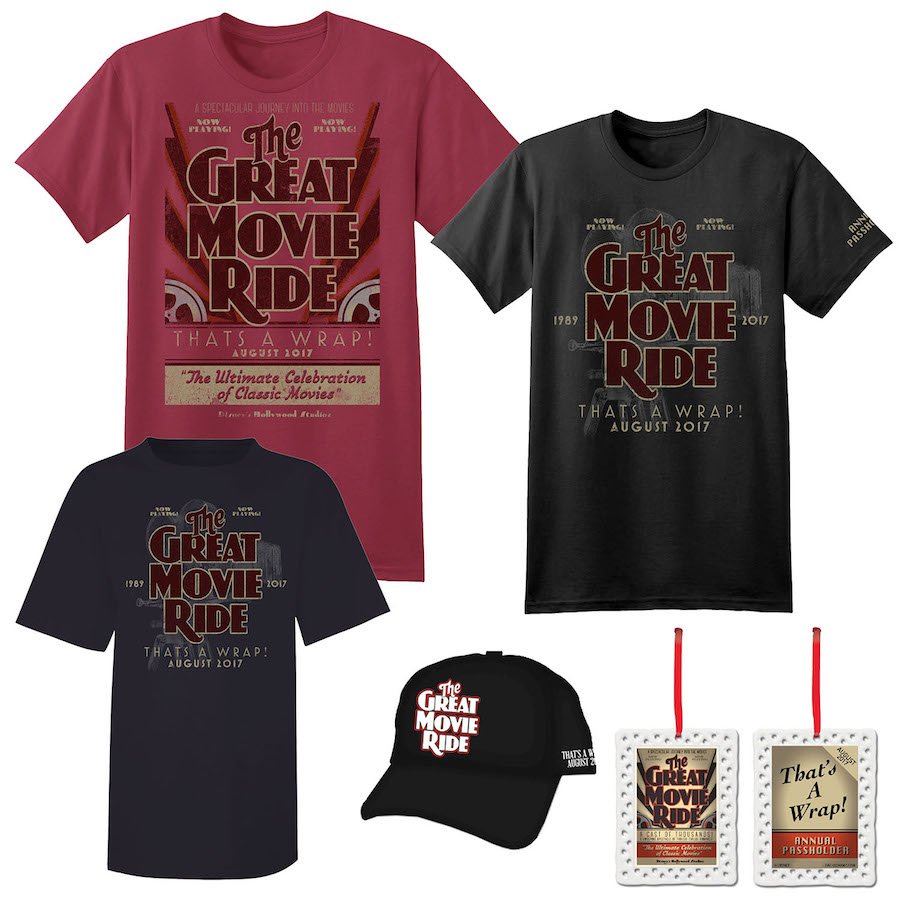 To commemorate the closing of The Great Movie Ride on August 13, Disney has created some limited time merchandise, including t-shirts, hats, and even Christmas ornaments. The merchandise is expected to be available at Walt Disney World later this week, and online starting on August 10, 2017.

The Great Movie Ride is closing as it is being replaced by a brand new attractions named Mickey and Minnie’s Runaway Railway.