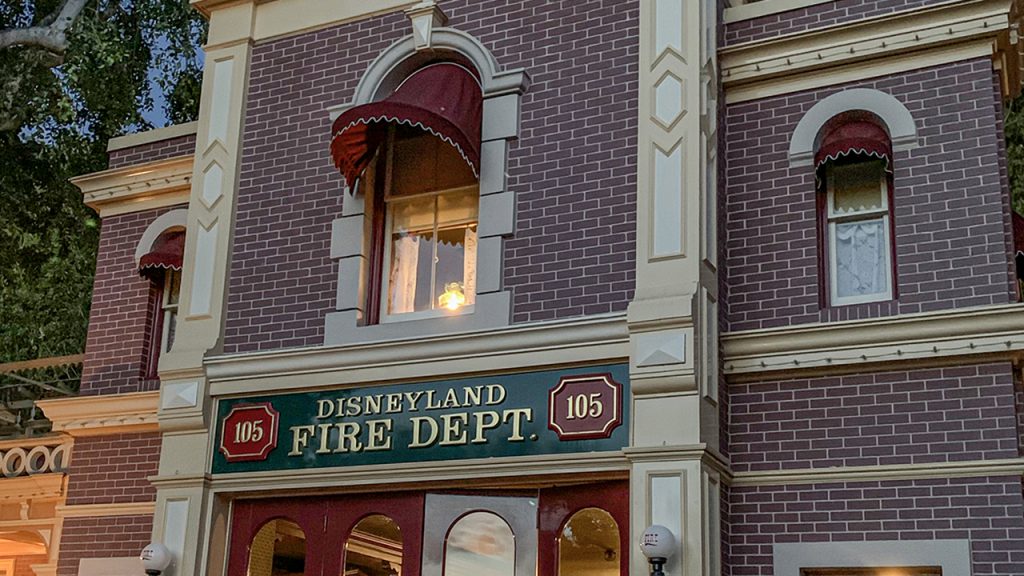 UPDATE: Beginning April 2, Disneyland Resort security guards will return to the long-time tradition of raising and lowering the U. S. flag each day at Disneyland Park.

According to Disney officials, the flag ceremony had not been performed since the park closed on March 14th because there were not enough staff that were trained in the process.

Flags on Buena Vista Street and in Cars Land at Disney California Adventure have continued to fly during the closure, as they are lighted all-weather flags.

Inside Walt Disney’s apartment overlooking Town Square at Disneyland, a light has shone through the window above the firehouse for decades. It glows as a source of inspiration to our cast and our guests as a remembrance of the man who once looked out that window to the sights of happy families making memories below.

Tonight, even in a world filled with so much uncertainty, that light still shines, bright as ever. I’m looking forward to the day when families can make memories once again.