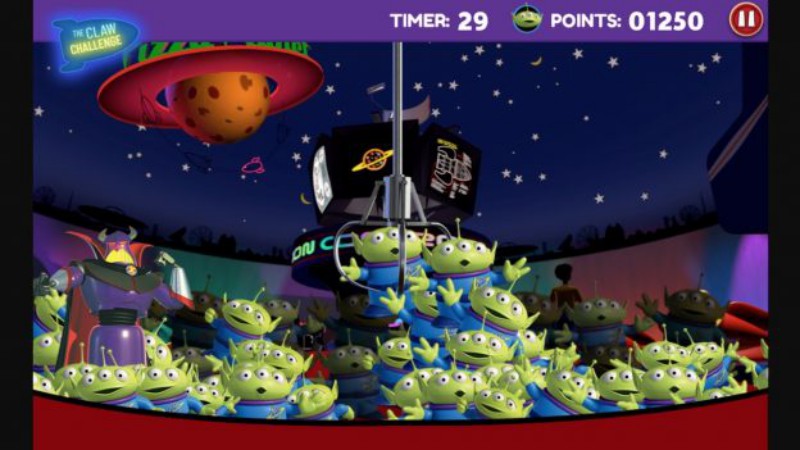 In celebration of the new Toy Story Land coming soon to Disney’s Hollywood Studios, Walt Disney World has premiered two new online games inspired by attractions in the land, adding to the another free game that debuted earlier this year. The fun new games can be found at www.ToyStoryPlaytime.com.

The Claw Challenge, inspired by the new Alien Swirling Saucers, will have you using The Claw to pick up as many Aliens as possible in 60 seconds. Trivia Mania, inspired by Toy Story Mania, will test your knowledge of the Toy Story films. Slinky Dog Dash premiered earlier this spring. In this game, you have have 10 seconds to stretch Slinky Dog around the course, collecting points and avoiding his tail. All three games are free and can be accessed on mobile devices or your desktop.