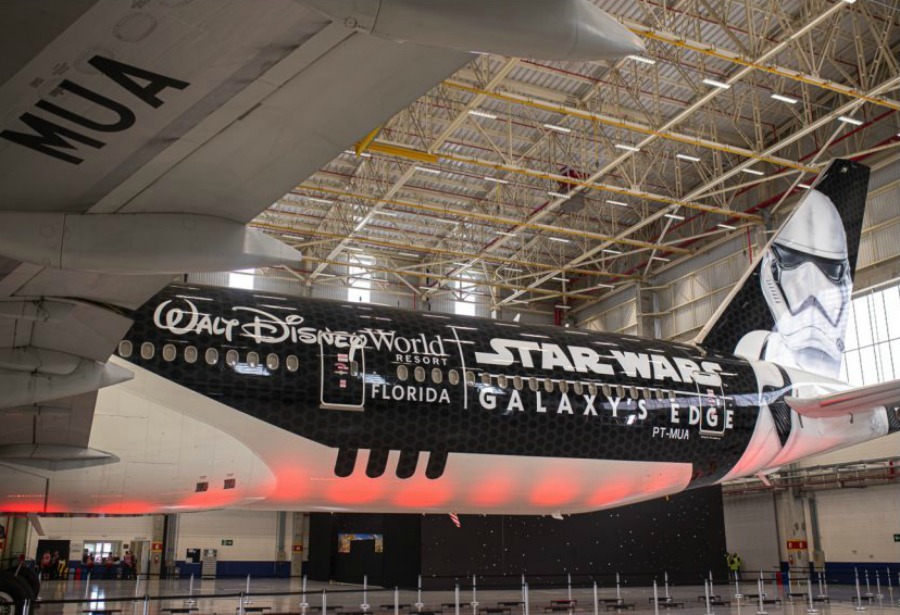 Disney and LATAM Airlines Group have just unveiled a special edition Boeing 777 aircraft at a Star Wars-inspired event in São Paulo, Brazil. Disney’s creative team along with Lucasfilm designed the “Stormtrooper Plane” working for over 21 days and using more than 2,500 liters of ink. 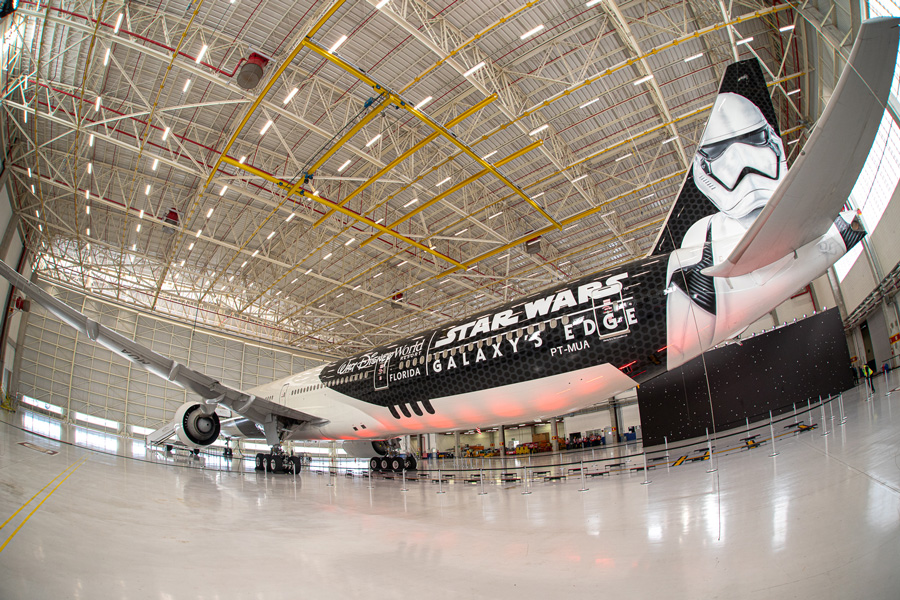 The aircraft will begin transporting passengers this weekend with flights from São Paulo to destinations that include Orlando, Miami, Madrid, Frankfurt, Paris, and London. While in the air, passengers can enjoy all 10 films of the Star Wars Collection on LATAM’s onboard entertainment platform, LATAM Play.

Take a look below at the unveiling ceremony where a group of customers at LATAM’s Line Maintenance Center in São Paulo/Guarulhos were surprised with an all-inclusive trip to experience Star Wars: Galaxy’s Edge at the Walt Disney World Resort.